The establishment refuses to say a word about the past few years of madness. 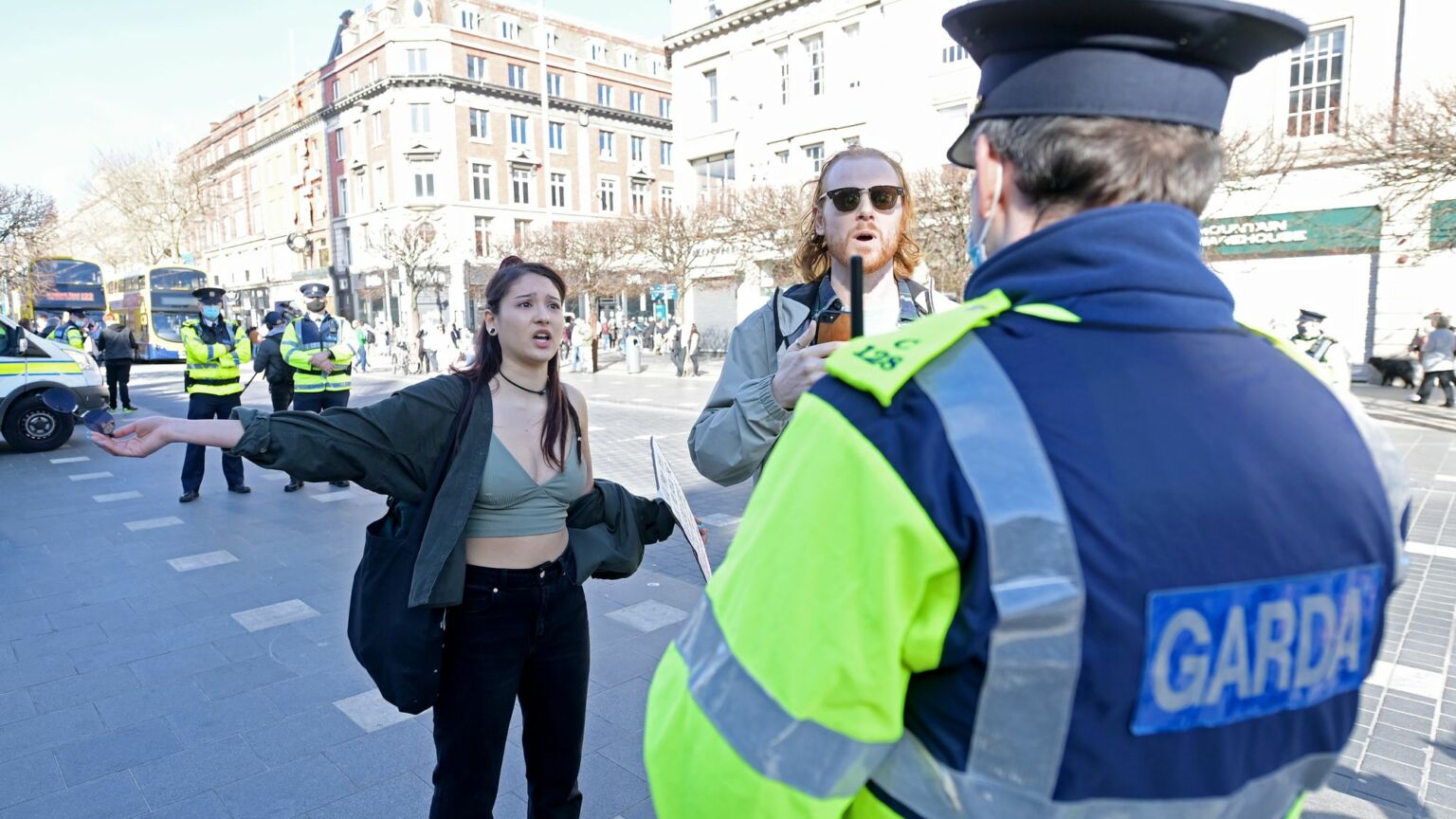 From about two weeks into Ireland’s Covid lockdowns, sceptics like me felt as if they were wading through some form of surreal dream.

It was as if a collective madness had taken hold. Lockdowns may have been strict all over the world. But nowhere were they enforced as long and as zealously as in Ireland, or with as little public opposition.

The world got a sense of this early on. In May 2020, Irish taoiseach Leo Varadkar was pictured enjoying an outdoor picnic without social distancing – illegal at the time under the draconian restrictions. Yet there was no protest in the supine Irish media at the sight of Ireland’s elites enjoying a privilege so completely barred to the populace. No one even complained about the hypocrisy – let alone at the restrictions themselves.

Ireland continued to be a world leader in lockdown safetyism as the pandemic went on. By July 2021, as 90,000 fans filled London’s Wembley Stadium for the final of the Euros, Ireland was the only place in Europe where you couldn’t drink at a pub. Ireland’s lockdowns were so strict and long-lasting that after the first year of the pandemic, Ireland’s Covid debt was €20,000 per head above the EU average.

The madness didn’t abate until late last January. Like some Victorian mesmerist, the Irish government relaxed most of Ireland’s Covid restrictions with a snap of its fingers and – voilà! – everyone snapped out of their trance.

Except they didn’t, really. The restrictions have disappeared but the trance goes on. One year later, there has hardly been any reckoning with the baleful effects of lockdown.

I won’t detail the consequences here, because everyone knows them. Whatever country you live in, the list is more or less the same – from economic carnage and social deterioration to the horrific damage done to children’s mental and physical wellbeing. Not to mention the disquieting illiberal precedent set by authoritarian emergency legislation and vaccine mandates.

Everyone knows what was done and who did it. But nobody – nobody in Ireland, at least – will talk about it. The trance continues. It has just changed form, from an apocalyptic ‘We’re all going to die!’ panic, to a kind of ‘What are you talking about?’ willed amnesia.

Covid is now the elephant in the room that we are trying desperately to memory-hole. People here act as if none of it ever happened, or that it happened somewhere else, or that it was just some vague dream that everyone somehow shares. JG Ballard would have had a field day with the weird psychopathology of it all.

There have been virtually no questions asked about Ireland’s lockdown, and no reckoning for those who inflicted these awful two years on the public. Including, I must add, the public themselves – many of whom clamoured for restrictions, which trampled on their civil rights and legal protections, with bewildering gusto.

Other countries are at least making an effort to reckon with this in their public debate. In Ireland, nothing. Not even a token bit of theatre – no one seems to care enough even for that.

In parliament, lockdown and its aftermath are scarcely mentioned. The media are silent, too. Gerry Horkan, a senator who called for unvaccinated people to be barred from supermarkets, has not apologised for his appalling suggestion. Holier-than-thou Irish Times columnist Fintan O’Toole hasn’t mentioned if he still considers the unvaccinated to be an ‘objective threat to society’.

Indeed, none of the hundreds of politicians, commentators, academics, union leaders, epidemiologists, public-health gurus, Big Tech lackeys and quango bosses has made any amends for their actions whatsoever. Because the whole seething rats’ nest of technocrats either clamoured for lockdown themselves or went along with it like whipped cattle (it’s hard to know which group is more contemptible).

It is true that Leo Varadkar recently pledged a public inquiry later this year. But, he says – and here’s a twist – ‘It’s not going to be about pointing fingers or ascribing blame’. Well, of course it won’t. We couldn’t have anyone, be that individuals or ruling classes, being held responsible for anything, could we?

As it happens, I don’t want to see heads on spikes so much as I want an official admission of culpability. Ideally, this would lead to absolute guarantees that this draconian state of affairs will never arise again. That is the most important thing.

We cannot afford to be like the cartoon dog in that meme, who, as his home burns around him, sits motionless, saying, ‘This is fine’. Things are clearly not fine, and it’s time we started talking openly about it.