So now it’s okay to protest against lockdown?

Many of those now praising the anti-lockdown protesters in China were all too quick to demonise those in the UK. 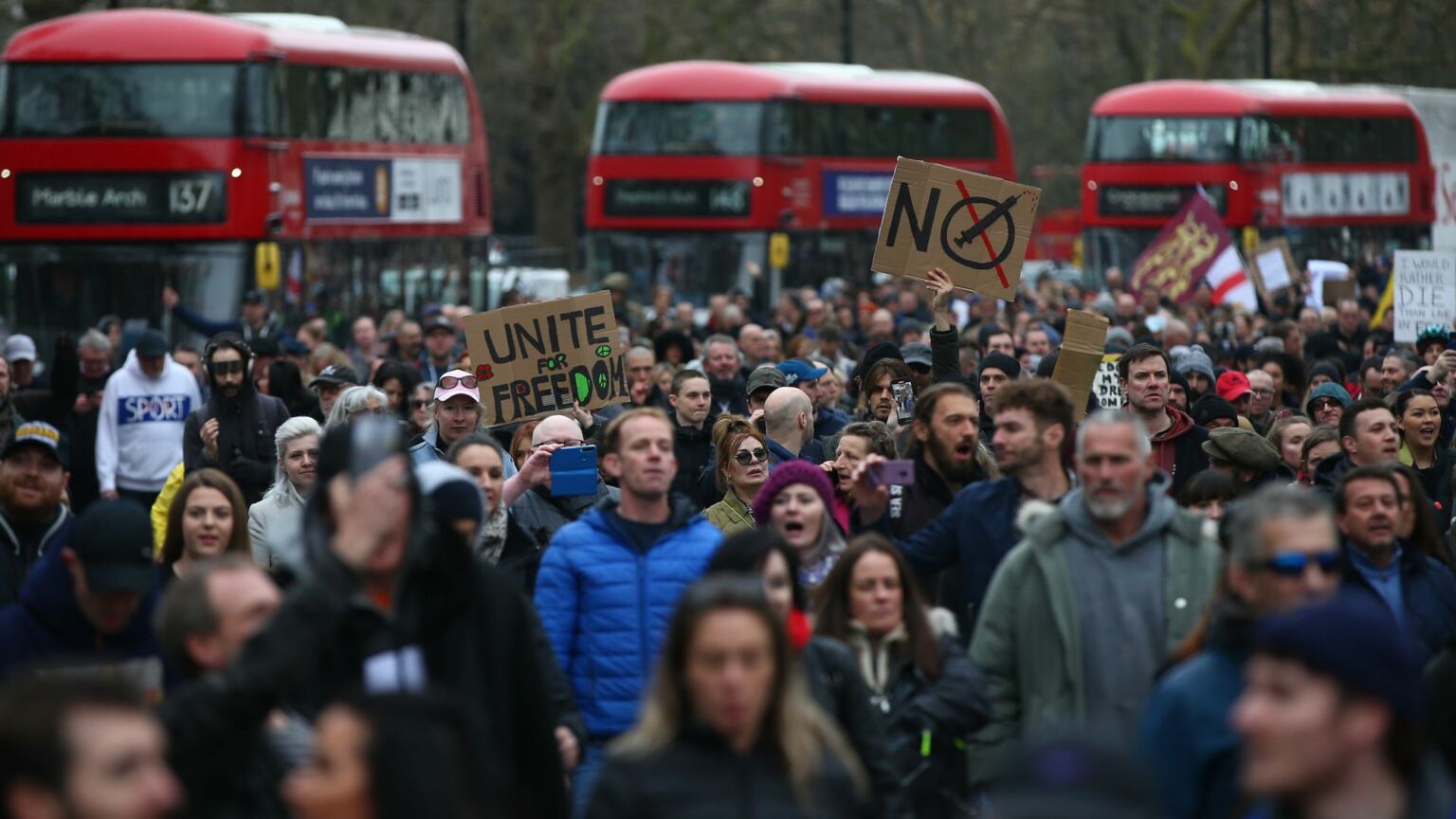 The recent anti-lockdown protests in China have rightly drawn reams of media coverage and praise in Britain. The bravery of the protesters has been widely acknowledged, as has the tyranny of China’s lockdown regime.

Last week, the protests were hailed by the Guardian as the stirrings of democracy – deserving of our ‘admiration and support’. The BBC approvingly profiled the ‘young people powering the demonstrations’. The Sunday Times similarly praised the ‘bravery’ of the protest movement in the face of a brutal state crackdown. And quite right, too. These protesters are indeed courageous freedom fighters.

Yet many of the publications, politicians and pundits now praising the Chinese protesters are hardly the greatest friends of freedom. After all, they were among the loudest cheerleaders for the UK’s brand of Covid authoritarianism. And as well as curtailing every other aspect of our lives, the Covid regime in the UK also involved cracking down on protests – particularly, it seemed, those against the lockdown.

Most pundits ignored or even actively supported the suppression of protests in Britain in 2020 and 2021. Protests against the lockdown became larger and more frequent as the months dragged on during the pandemic. And the policing of these protests became increasingly zealous, too.

During England’s second lockdown in November 2020, the police made hundreds of arrests at multiple demonstrations. In one video, a pensioner was shown being bundled into the back of a van. At another protest, journalist Laura Dodsworth was shouted at and interrogated by police simply for taking pictures while reporting on the protest for spiked. Hundreds of officers in riot gear were dispatched to deal with these protests. The police made over 150 arrests at one demo alone.

Many of the protesters were severely punished. Piers Corbyn (brother of former Labour Party leader Jeremy) was issued with a £10,000 fine for organising an anti-lockdown rally, on the grounds that it was attended by more than 30 people. He was questioned for 10 hours by police. You don’t have to agree with anything the conspiratorial Corbyn brother says to find his punishment shocking.

Worse still, there was barely a peep of dissent against this authoritarianism from the mainstream media. At best, these protests were ignored, despite many of them attracting thousands of people. When the protests did get the press’s attention, they were subjected to a litany of smears. At the time, Dodsworth described how reports labelled one protest as ‘violent’ despite it consisting of many families, children and pensioners.

It’s true that some attending the protests were conspiratorial about Covid, but you didn’t need to agree with them to defend their right to protest. What’s more, the press seemed to reflexively smear all the protesters as conspiracy theorists or worse. To the media, they were all ‘violent Covidiots’ or ‘Covid deniers’. When the government announced plans for vaccine passports and mandatory vaccinations for healthcare workers, those who objected were all called ‘anti-vaxxers’, even if they supported the broader vaccine rollout. Others were called ‘far right’ and were likened to the EDL and QAnon. Essentially, all protest against lockdown was cast as illegitimate.

The sad truth is that when Covid authoritarianism came to Britain the press was firmly on the side of the establishment consensus. It supported the lockdown measures and denounced anyone who questioned them.

Whatever the media say about China’s freedom fighters today, they must not be allowed to forget their failure to defend freedom at home.