David Amess and the hate we dare not name

He was killed by an Islamist terrorist – not by trolls on Twitter. 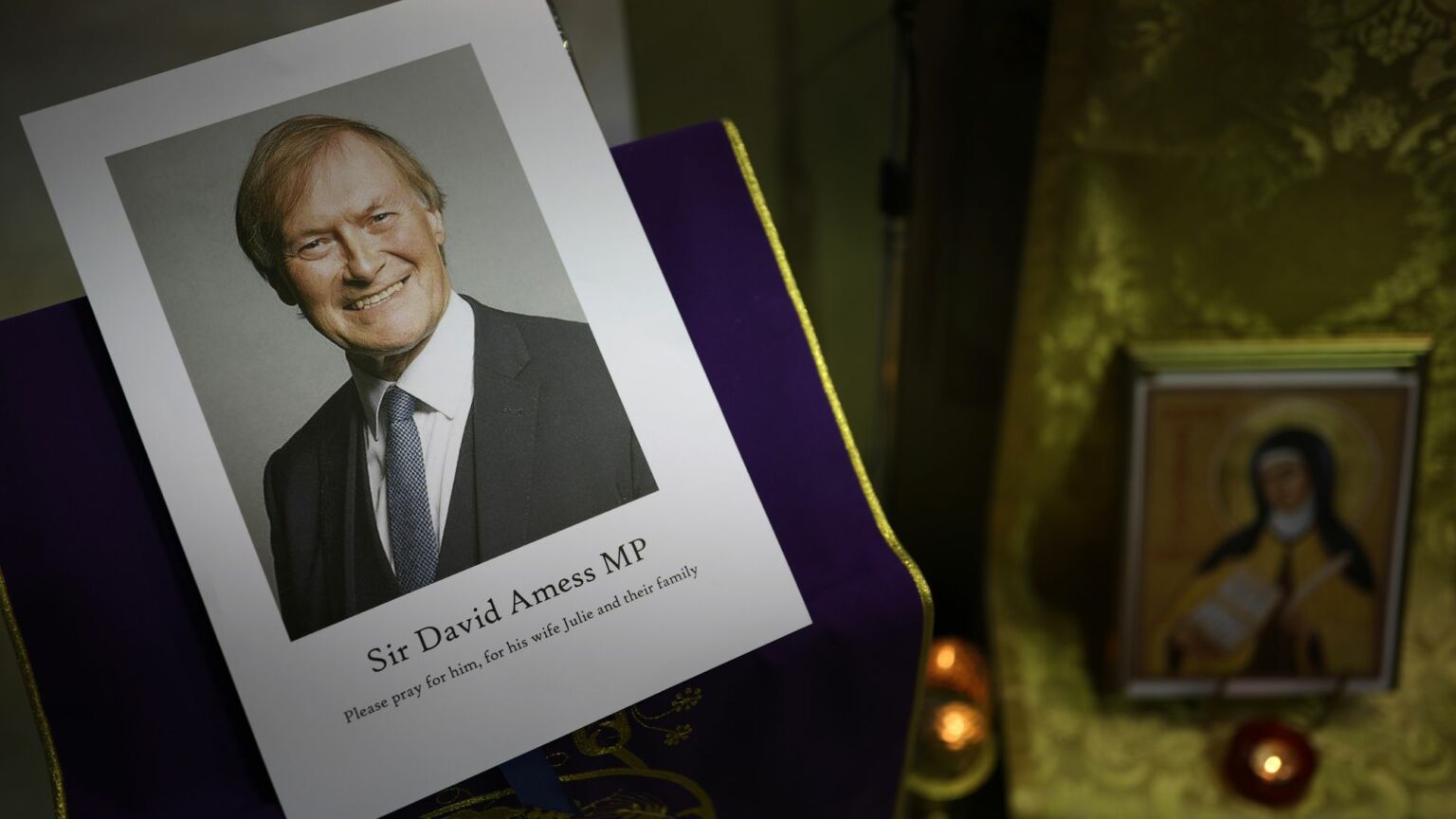 Saturday marked a year since David Amess, the then Conservative MP for Southend West, was stabbed 21 times during a constituency surgery. He died at the scene. His killer has since been tried and convicted and will spend the rest of his days in prison. The motive for this brutal assault on a servant of democracy is not in any doubt. The killer was driven by the same hateful ideology that has taken the lives of nearly 100 people in the UK over the past two decades – making it, by several orders of magnitude, the deadliest terrorist threat we currently face.

That threat, of course, is Islamism. Ali Harbi Ali, the terrorist who murdered Amess, has been a fanatical devotee of Islamic State since 2015. He initially wanted to travel abroad to fight with IS, before deciding to commit an act of terror at home. He had hoped to die as a ‘martyr’. In April, he was found guilty of murder and preparing acts of terrorism.

Yet, on the grim anniversary of Amess’s murder, just like in the immediate aftermath of the tragedy, no one in the political class is prepared to talk about the Islamist threat. Worse, there is a concerted effort to blame almost anything but Islamism for Amess’s death.

Leading the tributes to his slain colleague at the weekend, House of Commons speaker Lindsay Hoyle appealed to MPs to be mindful of their ‘tone’ in political debates. He said they should set an example by ‘showing respect and tolerance’ to each other. ‘I want a nicer, kinder parliament because if we’re horrible and we shout and bawl each other down, don’t be shocked when the public copies it’, he told the Mirror.

The alleged incivility of public life has been a common theme in the tributes. Tory MP Tim Loughton, Tory peer Sayeeda Warsi and Lib Dem MP Wera Hobhouse have all called for ‘compassion’ to be restored to our politics – both in parliament and online. It’s as if Amess had been killed by a particularly forthright putdown in the Commons, rather than stabbed repeatedly by an Islamist terrorist.

None of these tributes mentioned Islamism – even though some of them managed to crowbar in all kinds of other issues. Seemingly without shame, Hobhouse’s tribute managed to ride two partisan hobby horses, by making a sly dig at Brexit and the first-past-the-post voting system. You really can bring up anything in relation to Amess’s death, as long as it isn’t Islamism.

In the immediate aftermath of his murder, a consensus quickly formed among MPs. The real problem that needed confronting was not Islamist ideology, but social-media trolling. And so MPs called for a ban on anonymous accounts. Tory MP Mark Francois even proposed a ‘David’s Law’ to that effect. The then home secretary, Priti Patel, promised to beef up the already authoritarian Online Safety Bill. Nadine Dorries, the then culture secretary, felt compelled by Amess’s murder to make Britain the ‘safest place in the world to be online’.

What any of this had to do with Amess’s murder was never explained. It was simply asserted. Somehow or other, the political class came to hold internet trolls responsible for the wicked actions of a terrorist – for a very offline, real-world act of Islamist brutality.

The mainstream media were happy to amplify this narrative, too. An Observer editorial on the weekend of Amess’s death pointed the finger at our ‘toxic political discourse’ and the way social media incentivises ‘spiteful speech and hateful sentiment’.

The Observer also had some strong words for those who would dare to blame this act of Islamist terror on Islamism. Even though Islamism was a suspected motivation at the time, to deploy these ‘scant details’ to ‘politicise this tragedy’, the Observer said, was ‘abhorrent’.

What is truly abhorrent, of course, is this constant evasion of the truth. The contortions that are required to sidestep the killer’s real motive are shameful and cowardly.

Tragically, there is nothing new about all this. The response to every Islamist attack follows the same script. Manchester Arena, London Bridge, Fishmongers’ Hall, Reading – after each attack politicians have told us not to get angry. They treat acts of Islamist violence as if they are natural disasters – to be solemnly mourned before we all promptly move on. Even now that an Islamist terrorist has murdered one of their own, MPs are showing less than zero interest in discussing the real problem we’re confronted with.

Islamism has become the hate we dare not name – a murderous, fascistic ideology that we’re apparently too afraid to discuss. This conspiracy of silence cannot go on any longer. It is an insult to the memory of David Amess, and the dozens more Brits who have been killed in the name of this barbaric ideology.