Supporting corporate censorship is a folly of historic proportions. 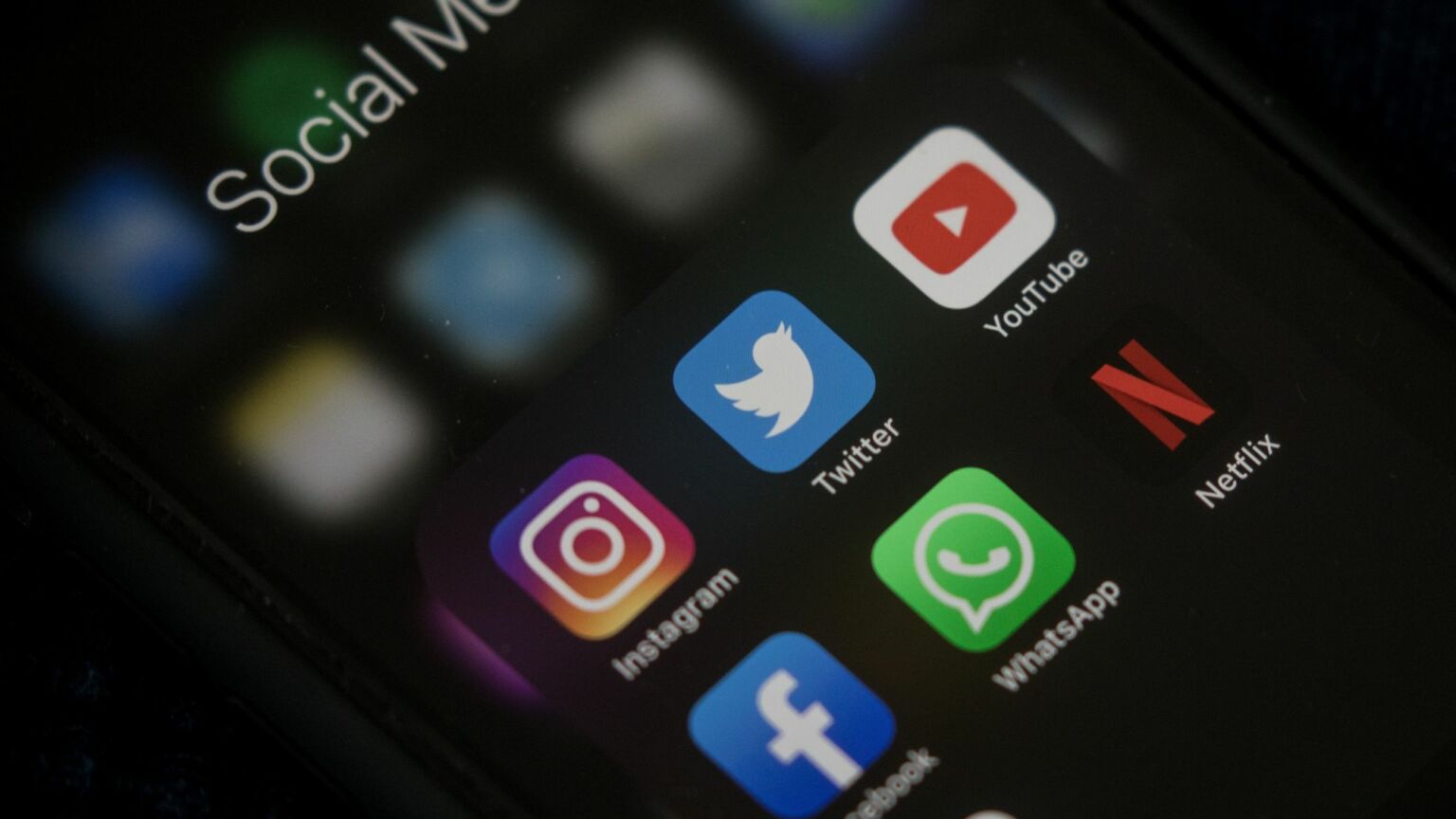 The British comedian Jack Dee was the target of last week’s Two Minute Hate. The online left pointed its bony finger of judgement at the famously dour funnyman and accused him of the sin of bigotry. He’s far right, they screeched. He sides with fascists. Yet another cis white hetero dude spraying his prejudice everywhere. What offence did Mr Dee commit to attract such florid denunciations? He defended freedom of speech against the arbitrary power of unaccountable corporations.

Yes, in the 21st century it is ‘far right’ to believe in freedom and it is left-wing to insist that billionaires none of us ever elected should be the moral arbiters of public debate. We are well and truly through the looking glass.

Mr Dee’s fascistic offence was to take the side of the Free Speech Union when it was locked out of its accounts by PayPal on the utterly spurious grounds that it engaged in ‘misinformation’. The Daily Sceptic, the website set up by the FSU’s founder Toby Young, was similarly defunded by PayPal’s thoughtpolice. UsForThem, a campaign group that raises essential critical questions about Covid lockdowns and their impact on the young, was also frozen out by PayPal. All were physically prevented from accessing the thousands of pounds that citizens have donated to them. This was an extreme and authoritarian intervention into the democratic life of the United Kingdom by a multi-billion dollar corporation headquartered in San Jose. It is mindblowing that anyone, least of all those who call themselves left, could support such imperial interference by a section of the capitalist class into public discussion.

The targeting of the FSU was especially egregious. This is a mass-membership organisation singularly devoted to defending the speech rights of its members. It defends the liberty to utter for all, regardless of whether its directors and board agree with the views being expressed. For PayPal essentially to defund an organisation that stands up for the British people’s freedom of speech was a genuinely alarming act of corporate tyranny. It was neocolonial overreach, possibly Silicon Valley’s most grievous act of meddling in British public life to date.

This week, under pressure from politicians and members of the public who closed their PayPal accounts in fury, PayPal relented. It graciously decreed that these organisations can have their money after all. A happy ending? Not so fast. We mustn’t move swiftly on from what we’ve just witnessed. Which is the terrifying and arbitrary power of the internet elites to determine who may and may not speak, campaign and gather in the public square that is the world wide web. PayPal’s act of capricious repression should be treated as a warning of what is to come if we fail to bring the internet’s billionaires to heel.

One of the most distressing parts of this story was the left’s support for what we might call the PayPal Decree. People of a lefitsh persuasion spend their time complaining about the evils of capitalism and yet they become hardline Randist defenders of property rights whenever a private corporation decides to punish someone for unwoke thought. PayPal vs FSU ‘isn’t about free speech’, declared the New Statesman. PayPal, Twitter, Facebook and the rest, it said, are ‘private companies, with their own rules and regulations’. And if we don’t like their rules, ‘we can lump it’.

‘Like it or lump it’ has been much of the left’s staggeringly cavalier attitude to the rise and rise of corporate censorship. A writer for the Guardian also points out that social-media outlets are ‘private entities’, and like other ‘private entities’ – a Starbucks or a McDonald’s, say – they must have the right to ‘maintain order, decorum, cleanliness, and comfort’. Part of that maintenance of comfort will include ‘restrict[ing] expression that might harm their core missions’. It is remarkable how many ardent cheerleaders of property rights lurk on the left. One wonders how long it will be before they support the right of companies to sack pregnant women or refuse to employ Muslims who might have to pray a few times a day – after all, these are private entities, they can do what they want, right?

Of course, it is facetious to compare something like Twitter to a branch of MaccyD’s. We go to one for cheap food, the other because, for good or ill, it’s the place where a great deal of public discourse takes place in the 21st century. The media are there, politicians too, and millions of citizens. Getting barred from a McDonald’s because you were drunk and disorderly is nothing like being cast out of Twitter because you hold views that unaccountable billionaires have decreed to be verboten. The former is a minor inconvenience – the latter is a grave assault on one’s right to speak freely in the world as it is currently constituted.

To understand how grave, consider some recent acts of corporate censure. Babylon Bee suspended from Twitter for ‘hateful conduct’ after it hilariously gave Rachel Levine, the trans assistant secretary for health in the Biden administration, its Man of the Year Award. The New York Post frozen out of its social-media accounts for daring to investigate the Hunter Biden laptop story in the run-up to the 2020 presidential election. Facebook effectively taking instruction from the FBI to sideline the Hunter Biden story. And, of course, Donald Trump, then the sitting president of the United States, voted for by 63million people, banned from vast swathes of the internet after the 6 January disturbances on Capitol Hill.

The censorship of ‘offensive’ satire, the blocking of one of America’s oldest newspapers from its social-media accounts, the banning of a democratically elected president… this is a corporate onslaught on freedom, discussion and dissent. Then there are the everyday citizens who have been silenced. Women banned from Twitter for life for calling men men. People reprimanded for raising the lab-leak Covid theory. The good people of Canada prevented from donating to Canadian truckers protesting against lockdown rules because GoFundMe decided the truckers were Bad.

Tragically, the left doesn’t only support Silicon Valley’s imperious intrusions into free discussion – it actively agitates for more. A Democratic senator welcomed the social-media giants’ censorship of Trump over his ‘sustained misuse of their platforms to sow discord’. A member of the New York Times’ editorial board cheered it, too, calling on Facebook and Twitter to restore ‘truth and decency to our democracy’. What an extraordinary thing to ask profit-hungry millennials in California to do. In the UK, everyone from members of parliament to trans activists plead with the internet’s American masters to play the borderline papal role of being the moral arbiters of debate and the severe punishers of dissent.

It is a suicidal pact the left has made with Silicon Valley. Yes, the internet elites’ worldview might chime with much of the left’s right now, but that could change. In fact, Antifa groups and even Novara Media in the UK have already found themselves caught up in woke capitalism’s web of censorship. To choose the fleeting thrill of exercising cultural power over your opponents over defending freedom of conscience and freedom of speech for everyone is a folly of historic proportions. I know the left thinks only scoundrels are being censored, and that there’s nothing wrong in that, but they should recall the words of HL Mencken: ‘The trouble with fighting for human freedom is that one spends most of one’s time defending scoundrels. For it is against scoundrels that oppressive laws are first aimed, and oppression must be stopped at the beginning if it is to be stopped at all.’