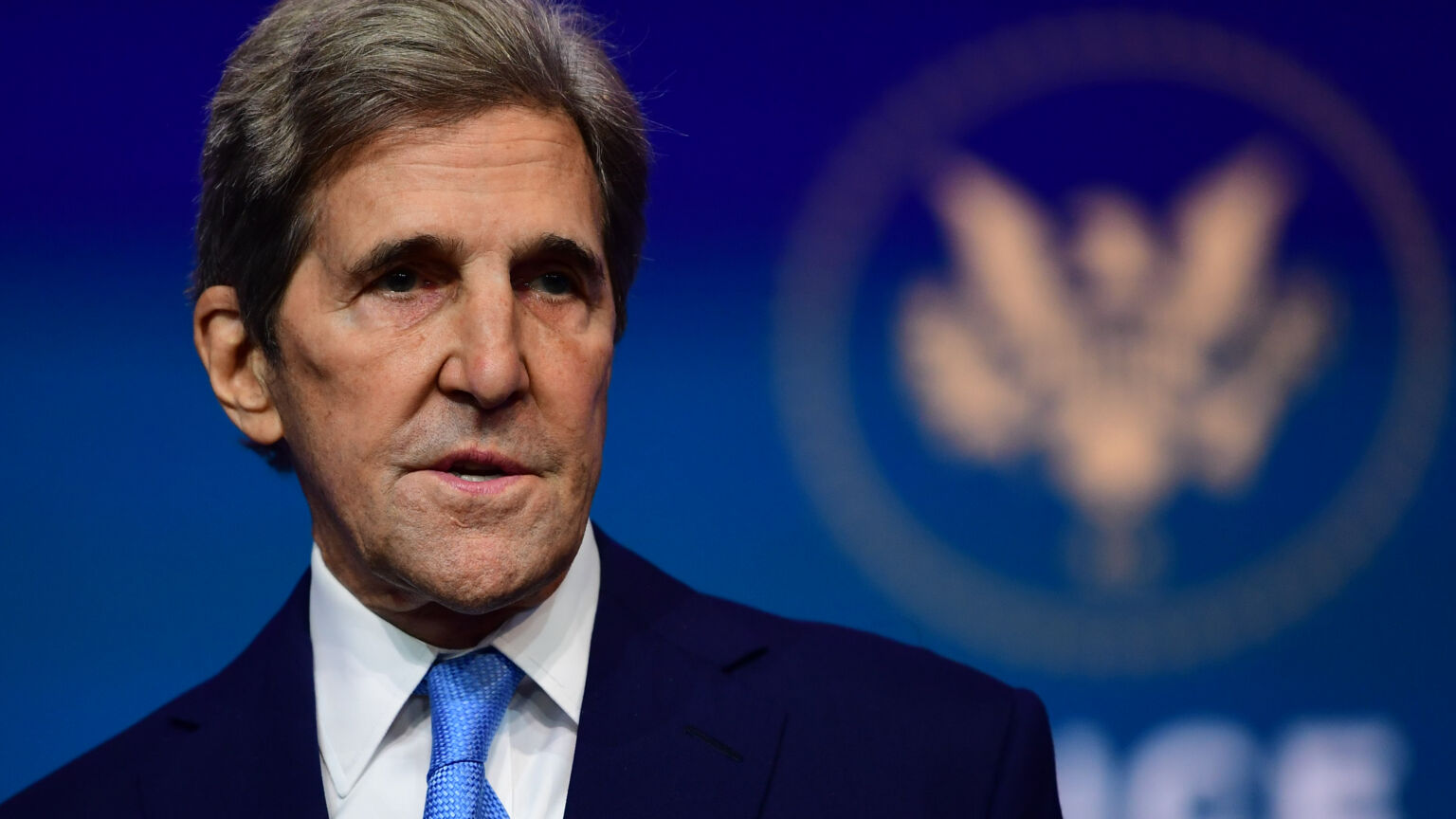 John Kerry, Joe Biden’s special presidential envoy for climate, was in Dakar, Senegal last week. He was there to tell a conference of Africa’s environment ministers how they should run their countries. His main message was that African countries should give up all hope of using natural gas to grow their economies.

Kerry warned that, beyond 2030, natural-gas projects in Africa would struggle to get financing from the West and would likely not turn a profit. For Kerry, investing in natural gas would be a retrograde step. ‘We do not have to rush to go backward, we need to be very careful about exactly how much we are going to deploy, how it is going to be paid for, over what period of time and how you capture the emissions’, he told Reuters at the sidelines of the summit.

Kerry’s use of the royal ‘we’ could not disguise the fact that he was in Dakar to lecture African ministers. Indeed, Kerry’s jaunt was only the latest chapter in the long story of Western eco-imperialism. The West’s insistence that Africa forgo the gas, oil and coal at its disposal has long been a blockage on Africa’s capacity to industrialise.

Africa contributes less than four per cent of the world’s greenhouse-gas emissions. Indeed, according to one future scenario drawn up by the International Energy Agency, sub-Saharan Africa’s CO2 emissions per head will actually fall by 2030 – from more than 0.6 tonnes to about 0.5.

Meanwhile, amid the global energy crisis, many Western countries are extending the lifespans of their coal-fired power plants – just as they have continued, in spite of the exorbitant price rises, to burn gas. And that is before we say anything about Kerry’s own personal climate hypocrisy. Biden’s climate envoy, having married into the Heinz family, has a net worth of over $250million and has made extensive use of his family’s private jet.

But apparently Africa does not deserve such leeway on greenhouse-gas emissions. According to Kerry, Africa should not make ‘the mistakes that we’ve already made’ in the West by investing in fossil fuels. Instead, the developed world should ‘help’ Africa and other developing economies get over the ‘initial hurdles’ of moving straight to renewable energy.

Today, more than 600million Africans have no access to electricity at all. So it is no wonder that Macky Sall, president of Senegal and chair of the African Union, has rejected Kerry’s orders: ‘You cannot tell us that renewables alone can develop a continent – it has never been the case anywhere else and it cannot be the case in Africa.’ As Financial Times Africa specialist David Pilling reports: ‘Faith in the ability of African economies to jump straight to green technology is the minority view on a continent where many are pushing back on the idea that they need to limit emissions… they argue that the continent needs to be given space to grow, even if that means increasing fossil-fuel use.’

The pushback by African countries against the West’s ‘sustainability’ agenda is welcome. It began in earnest in November last year. About two weeks after the COP26 climate fiesta ended in Glasgow, Senegal’s Sall told a China-Africa summit in Dakar that the decision, taken by ‘certain countries’ at COP to end the funding of gas in Africa, ‘would bear a fatal cost to our emerging economies’.

So, if countries like Senegal are supposed not to make use of their gas reserves, what should they do, exactly? They desperately need export revenues. They need electricity for power. They need fertiliser for agriculture. And they need urea and ammonia for their chemical industries.

John Kerry has gracefully conceded that Africans might be allowed to use gas as a ‘transition’ fuel – but only up to 2030. This is hardly enough to power the industrialisation Africa so sorely needs.

Thankfully, all the signs are that COP27 – to be held at Sharm el-Sheikh, Egypt in November – is headed for a major bust-up. China will not want to ban fossil-fuel projects in Africa. Despite Europe’s green posturing, Germany’s Olaf Scholz visited Senegal in May to discuss gas projects. And just this month, Polish president Andrzej Duda visited Nigeria, Senegal and Côte d’Ivoire in search of hydrocarbons (the first Nigerian LNG shipment has already arrived in Poland).

What will John Kerry say or do at the UN conference? It’s anybody’s guess. But whatever the faults of those who rule African ‘petrostates’, their desire to modernise with the help of gas, and their growing resistance to Washington cant about climate, could be the best news for Africa for many decades.