The Rings of Power is an insult to fans

Amazon has tried to shut down any criticism of its dreadful Lord of the Rings prequel. 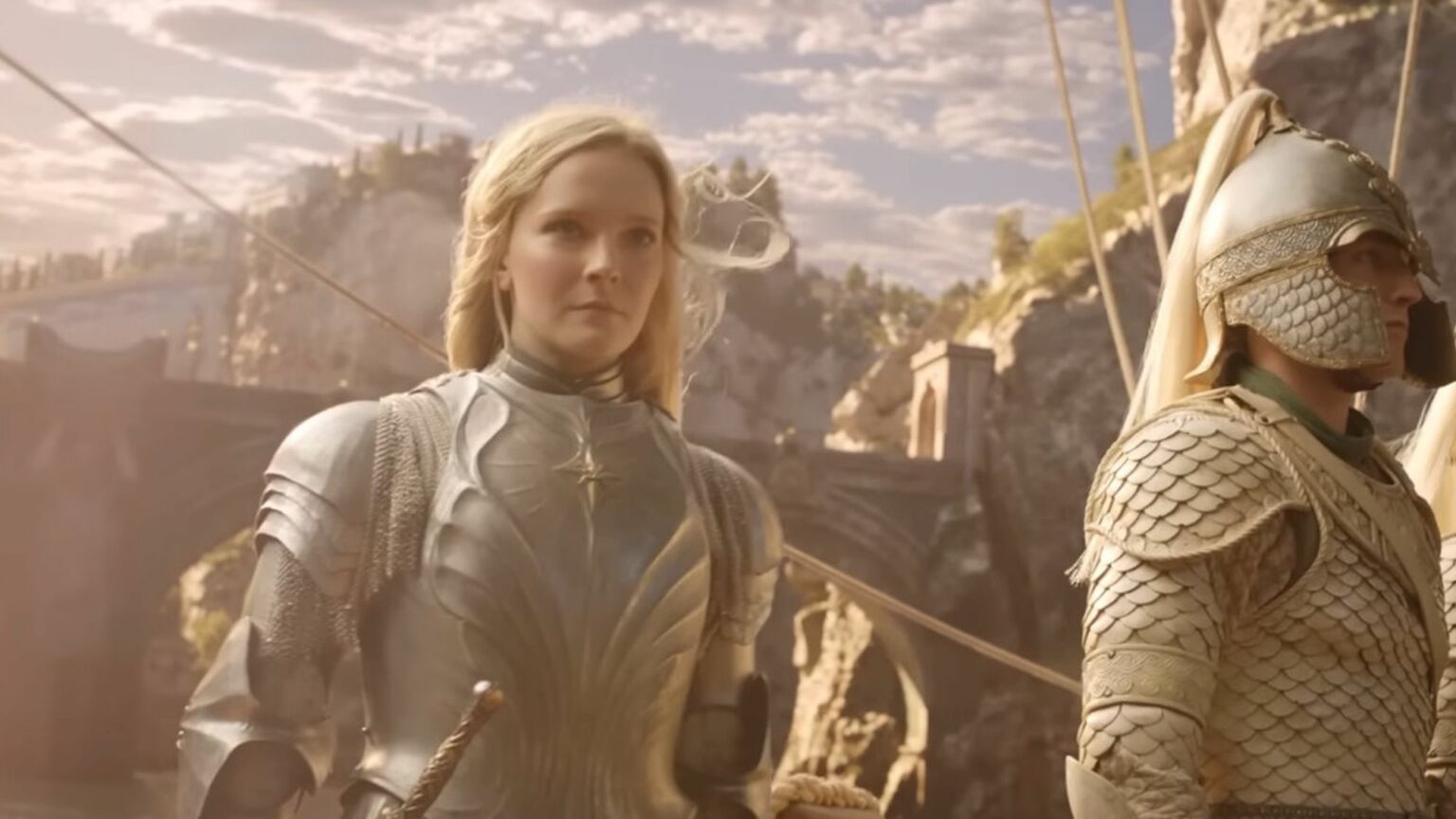 Within hours of the release of The Rings of Power, the new Lord of the Rings prequel series on Amazon Prime Video, Amazon took the extraordinary step of suspending all audience ratings of the show. The audience reaction, it’s fair to say, has not been pretty.

Amazon has a lot riding on The Rings of Power. It is set in JRR Tolkien’s fantasy world, Middle Earth, 2,000 years before the events of The Lord of the Rings. Amazon Studios has spent over $700million on the first series – including $250million for the rights alone – and it is expecting to make five more series to come. It arrives in a fiercely competitive online streaming market, up against HBO’s Game of Thrones prequel, House of the Dragon, whose first episode aired just a few weeks before.

As over 24,000 reviews on review-aggregator website Rotten Tomatoes make clear, audiences are thoroughly unimpressed with The Rings of Power. Sixty-one per cent of viewers rated the three episodes that are available so far as ‘rotten’.

The Hollywood elites have not taken the criticism well. The media have blamed the low ratings on a ‘racist backlash’ to the show’s diverse casting (it features a Latino elf, a black dwarf and multiethnic ‘harfoots’). Some claim that the poor ratings on Amazon are the result of deliberate trolling – or ‘review bombing’ – from alleged racists who object to the show’s diversity.

Of course, the real reason audiences hate The Rings of Power, despite its eye-watering budget, is that it is a complete dud.

Successful Lord of the Rings adaptations in the past have drawn directly on Tolkien’s novels. Director Peter Jackson’s early 2000s film trilogy was faithful to the books and was produced with loving attention to detail. For this, it was cherished by fans and critics alike, its three films winning 17 Oscars – including Best Picture in 2004 for its epic final instalment, The Return of the King.

But as the adaptations stray further from the source material they tend to drop in quality. Peter Jackson’s subsequent 2012-14 The Hobbit trilogy strung an eight-hour run-time out of a single short children’s book, resulting in an unfocused, meandering narrative.

Amazon’s The Rings of Power, though loosely based on Tolkien’s background lore, is a new story entirely. Unfortunately, this leaves Middle Earth and its inhabitants at the mercy of Hollywood’s tedious, philistine writers.

Take the way the series uses the right-on Hollywood trope of the ‘girlboss’. It is everywhere in The Rings of Power. Galadriel – the serene, noble elf queen rendered so timelessly by Cate Blanchett in Jackson’s films – is reduced to an invincible, acrobatic action lady with a chip on her shoulder.

In one early scene, while her companions die uselessly off-screen, Commander Galadriel flamboyantly dispatches a vicious snow troll – alone, with complete ease and entirely unscathed. Not only does this make for a dull encounter, it also makes it hard for viewers to identify with Galadriel. No one wants to root for a character who overcomes obstacles so effortlessly. Some origin stories are better left to the imagination.

It’s not just Galadriel, either. All of the women are written in the same way. Another story thread focuses on Bronwyn, an apparently ordinary peasant woman with no magical powers. Yet in the second episode, when a grotesque, towering orc invades her home and attacks her son, she easily kills it and takes its head as a trophy. The girlboss is equal to every challenge. The audience is left struggling to relate to these flawless, one-dimensional characters.

The dialogue is no better. One need only watch the trailer to see this. We get lines like: ‘Each of us, every one, must decide who we shall be!’ Or: ‘Choose not the path of fear, but that of faith!’ Alongside the melodramatic score and the gratuitous slow-motion shots, these school-assembly platitudes grate horribly. The trailer in question has a staggering 1:10 ratio of likes to dislikes on YouTube, with nearly 600,000 thumbs down out of 14million views. (YouTube removed the dislike counter last year – another method of cynically suppressing fan feedback.)

Lord of the Rings is just the latest in a long line of beloved franchises to have been given the woke treatment. In recent years, Hollywood has meddled with all kinds of iconic franchises, from Star Wars and Ghostbusters to The Hulk. (In She-Hulk: Attorney at Law, a new TV series, a female version of the mean green machine delivers feminist lectures about catcalling.)

The media narrative around these woke adaptations always follows the same pattern. First, the forthcoming production is touted as groundbreaking and innovative for taking the franchise in a diverse ‘new direction’. When concerns are raised that this new direction might compromise the storytelling, these are dismissed as overblown, bigoted and reactionary.

Inevitably, when the new woke version of the TV series or film comes out, it ends up being underwhelming and poorly received. This is hardly surprising, given that writers are putting far more effort into preaching a right-on message than in creating a compelling story. By this point, however, the film industry has a convenient excuse: if the fans are unhappy, the studios simply dismiss the criticism as motivated by racism or sexism, so it can be safely ignored.

Meanwhile, woke critics tend to lavish the new productions with praise. On Rotten Tomatoes, an astonishing 84 per cent of critics have so far rated the dreadful Rings of Power as ‘fresh’. The divergence between the critics and the fans is held up as further proof that the audience response is not to be trusted.

At the weekend, Amazon finally turned the The Rings of Power’s audience ratings back on. So far, 32 per cent of the 2,000 reviews have been rated just one star.

The writers, critics and producers of such an expensive flop might not care what audiences think, but surely some of Amazon’s executives must be a bit worried by this. Amazon may have deep pockets, but in a competitive market it will surely have to start listening to fans sooner or later if it wants to retain viewers. The woke Hollywood bubble will have to burst eventually. The only question is when.