Bring back parliament and stop cancelling everything

Public life cannot be put on hold – especially in a time of crisis. 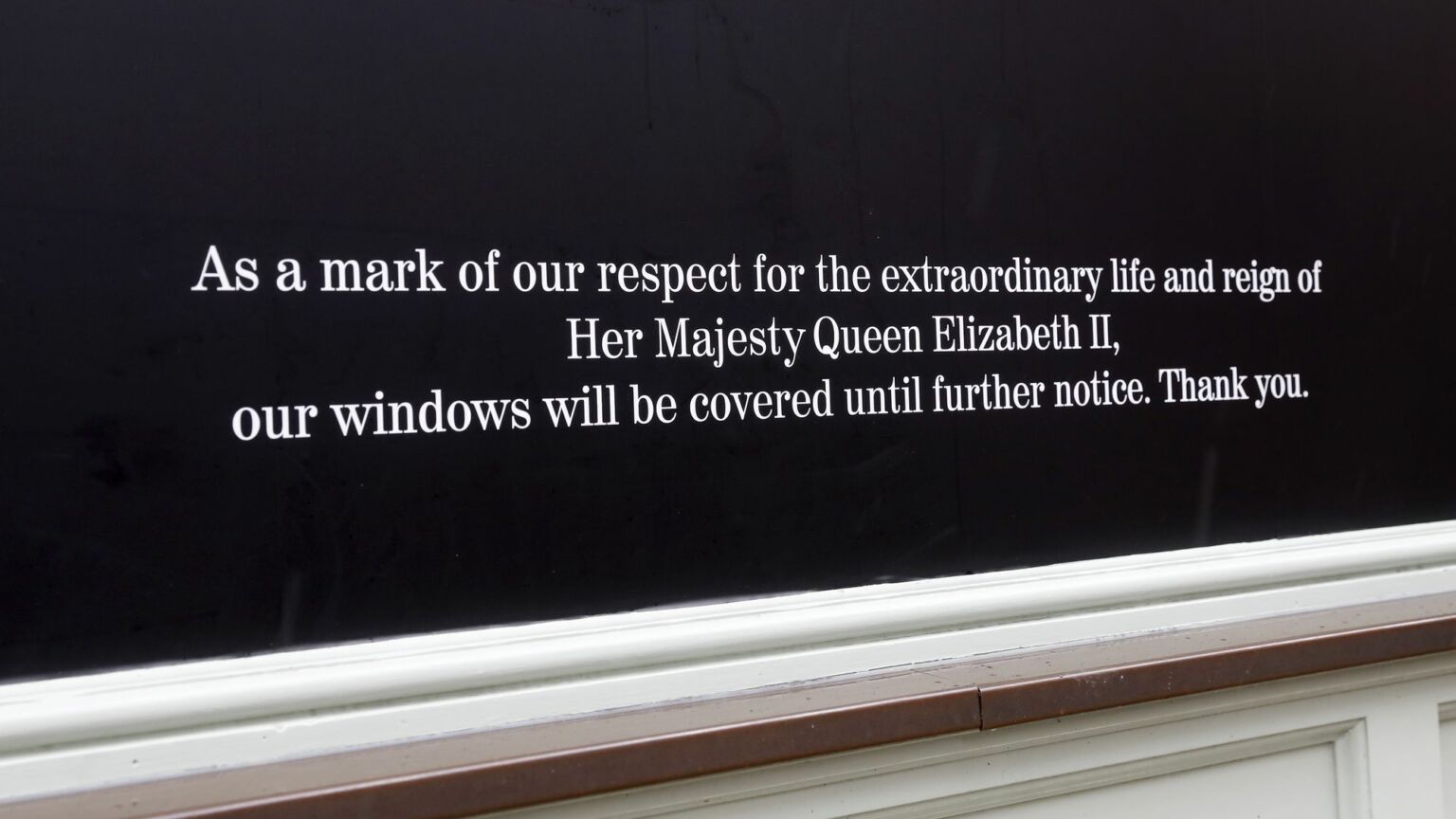 In the wake of the death of Queen Elizabeth II, the United Kingdom is grinding to a halt. The 10 days of official mourning in the run-up to the queen’s funeral have morphed into a suspension of vast swathes of public life. From politics to cultural events, it is as if everything, small or large, is expected to stop out of respect for the queen.

The list of cancellations and closures is growing ever longer. At the weekend, in the immediate aftermath of the queen’s death, we missed out on the Proms, the Premier League and TV comedy.

Even minor sporting and cultural events were not spared. The FA, which governs all English football right down to grassroots and youth football, ordered the suspension of all fixtures over the weekend – leaving parents perplexed that their children’s matches had been cancelled. The Junior and Mini Great North Run – a children’s fun run in Manchester – was postponed, too.

Stranger still has been the impact on British officialdom. The Met Office has announced it will publish fewer weather forecasts and warnings, ‘as a mark of respect during this time of national mourning’. Meanwhile, Norwich City Council has taken the effort to close a cycle rack in the town centre, warning residents that bicycles left on the rack during the mourning period could be removed.

Most worrying of all has been the suspension of politics. Few will shed many tears for the postponement of the Liberal Democrats’ party conference – originally slated for 17-19 September. But the period of official mourning also entails the suspension of parliament. For parliament to shut shop at any time, outside of the usual recesses, would be a serious problem. Now, amid the energy crisis, the most severe crisis facing Britain for decades, it is positively dangerous.

On the day of the queen’s death, new prime minister Liz Truss set out her plans for an energy-price cap, which is expected to cost over £100 billion. Chancellor Kwasi Kwarteng was due to reveal more details in a fiscal statement this month, though this will now likely not be held until October.

What this means is that, thanks to the period of official mourning, parliament will have to delay its scrutiny of one of the most significant acts of government intervention of the postwar era. The many holes in the policy will remain, without being prodded at. Winter will not wait for the period of mourning to pass – so how can our politicians?

Some MPs have recognised that this is a problem, though they will not say so publicly. ‘There’s complete paralysis. Nothing is really going to happen before the funeral’, complains one unnamed Labour frontbencher in the Guardian. Meanwhile, other MPs have promised to do the bare minimum, opting to close their constituency offices or refusing to respond to non-urgent correspondence from constituents – out of respect, naturally.

Even outside of parliament, politics will be largely frozen until after the queen’s funeral. Inflation has not gone anywhere, and yet the Bank of England’s Monetary Policy Committee will forgo its monthly meeting and will delay a decision on interest rates. The Trades Union Congress has also postponed its annual conference.

The media have seemingly declared something of a news blackout during the mourning period. Major domestic crises, like the energy crisis, and major foreign events, such as the breakthroughs in the Ukraine war, are relegated to the margins, as all focus remains on the queen.

Almost every avenue of public life and politics has been paused in some way for the mourning period.

You might just say I’m being a republican curmudgeon – failing to show due respect for the queen. But as Tim Stanley notes in a recent Telegraph column, the death of King George VI in 1952 prompted a similar winding down of public life – and the public hated it. Even in that more deferential era, then as now, people did not see the sense in suspending normal life and putting politics on hold for so long.

People are more than capable of paying their respects while getting on with things. The queen may have left the stage, but the show must go on. We cannot suspend public life any longer.