How the green agenda fed the Grenfell disaster

Residents’ safety was sacrificed in the push to meet climate goals. 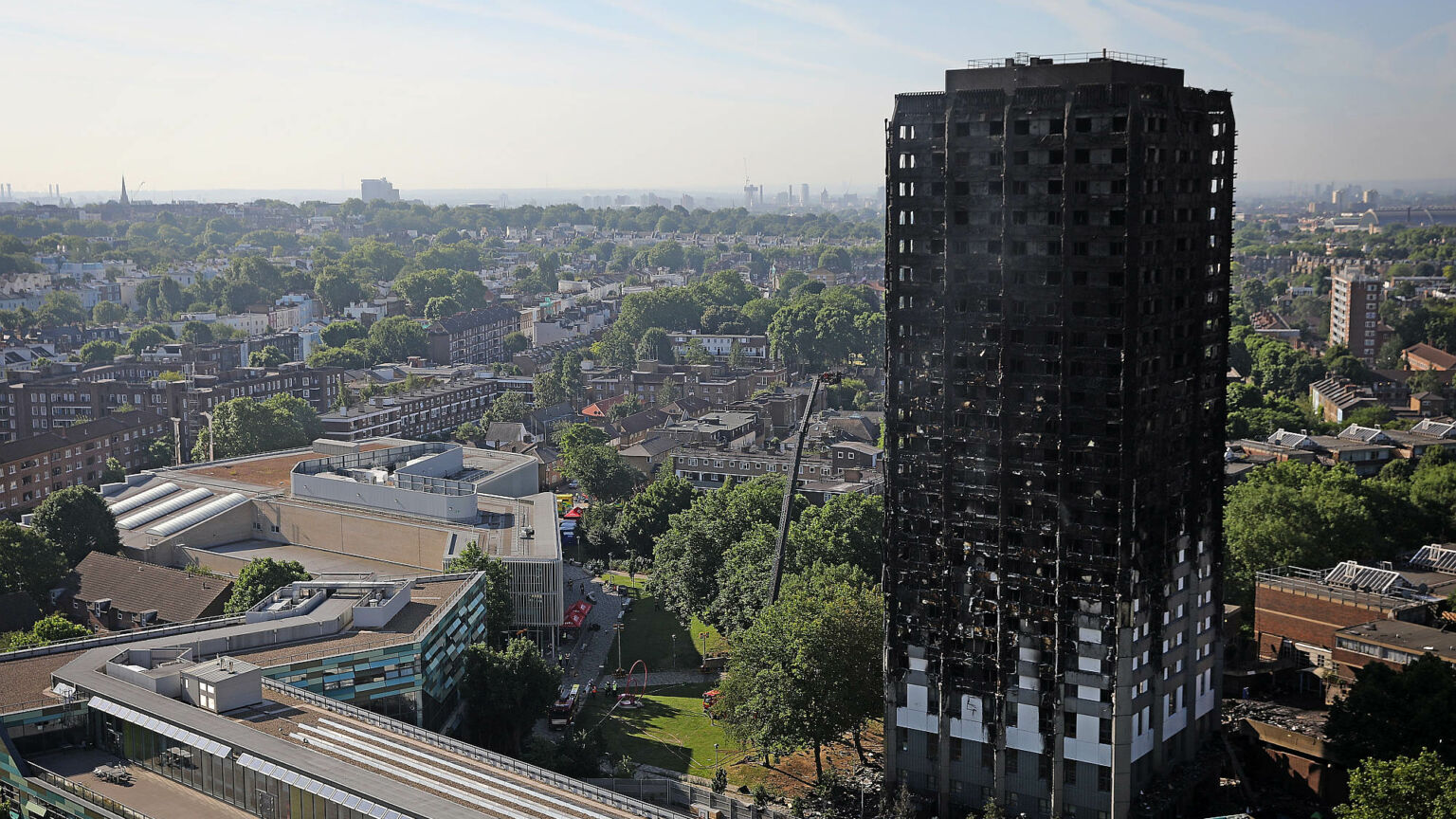 Five years ago today, Grenfell Tower in North Kensington in London caught fire. The fire raced up the building as the gaps between its recently installed external cladding and the building were turned into heat chimneys. Most of the tower’s residents were trapped in the block as the fire raged out of control. Seventy-two people died as a result. The tragedy has come to symbolise the brutal indifference of the powers-that-be towards the lives of ordinary people.

Stephanie Barwise, QC for the families at the public inquiry into the Grenfell disaster, has said that the fire was the ‘predictable yet unintended consequence’ of a ‘laudable desire to reduce carbon emissions’, coupled with the cost-cutting greed of the building industry. The inquiry has heard that construction companies systematically falsified safety tests. But Barwise’s initial point – that the cladding around Grenfell was put there to fight climate change – is less well understood.

Back in March 2010, Ed Miliband, then minister for climate change, published Warm Homes, Greener Homes. There he wrote that ‘social housing has the potential to make a big contribution in reducing carbon emissions from homes’. He set out his aim ‘to kickstart the installation of more ambitious eco-upgrades, with social housing providing particular leadership to stimulate the industry and reduce costs’. What he meant was that large-scale programmes to refurbish social housing would encourage building suppliers to make cheap insulation, including wall cladding.

One of the companies that enjoyed the subsequent windfall was Rydon Construction Limited. Its cash turnover jumped from £5.65million in 2015 to £24million in 2017. Harley Facades, Celotex and Kingspan were some of the other big winners from the drive to refurbish social housing to meet government climate-change objectives. In 2016, it was reported that ‘the UK market for wall cladding has increased by 18 per cent between 2012 and 2015/16’, driven in part by ‘major refurbishment activity in key sectors, such as housebuilding’.

Grenfell Tower, 20 storeys high, was managed by the Kensington and Chelsea Tenant Management Organisation. Around 350 people were living in the Tower in 2017, most of them council tenants, though a few flats were leasehold under the right-to-buy scheme.

In 2015-16, overcladding was added to the outside of Grenfell by ‘regeneration specialist Rydon’, supplied by Harley, using insulation materials from Celotex and Kingspan. Disaster struck on 14 June 2017. After a small fire in one flat, the overcladding itself spread the fire around the building, leading to a blaze that took 24 hours to extinguish and cost dozens of lives.

The decision to put highly flammable overcladding on Grenfell was clearly motivated by the desire to meet the aims of the government’s climate-change agenda. In its 2009 Carbon Management Plan, Kensington and Chelsea Borough Council set out its commitment to the Climate Change Act 2008. The borough’s policy also cited the London mayor’s ‘target across London for a 60 per cent cut in CO2 [emissions]’.

In 2012, engineer Max Fordham wrote a report for Kensington and Chelsea Borough Council, ‘to identify how, as part of the Grenfell Tower refurbishment scheme, the current energy and environmental comfort problems can be addressed, and how the chosen solutions sit within the [London mayor’s plan] to bring existing housing stock up to the mayor’s standards on sustainable design and construction’.

‘The poor insulation levels and air tightness of both the walls and the windows at Grenfell Tower’, Fordham continued, ‘result in excessive heat loss during the winter months’. He said the council’s chief goal should be to use less energy, ‘in particular by adopting sustainable design and construction measures’. Later in 2012, he was made an engineering consultant on the Grenfell refurbishment.

The borough’s planning application for the Grenfell refurb made clear that the point of the overcladding was to help tackle climate change. ‘The council recognises the government’s targets to reduce national carbon-dioxide emissions’, it stated. After the overcladding was completed, the borough boasted that it had clad ‘a high-rise block in the north of the borough’ – Grenfell Tower – as part of the ‘Greener Housing’ strategy to ‘mitigate the effects of climate change’.

Since the Grenfell disaster, much of the cladding put up to meet climate-change targets has been taken down. For those who lost loved ones in that terrible fire, it is too little, too late.