It is obscene to say that Carlson inspired this act of racist barbarism. 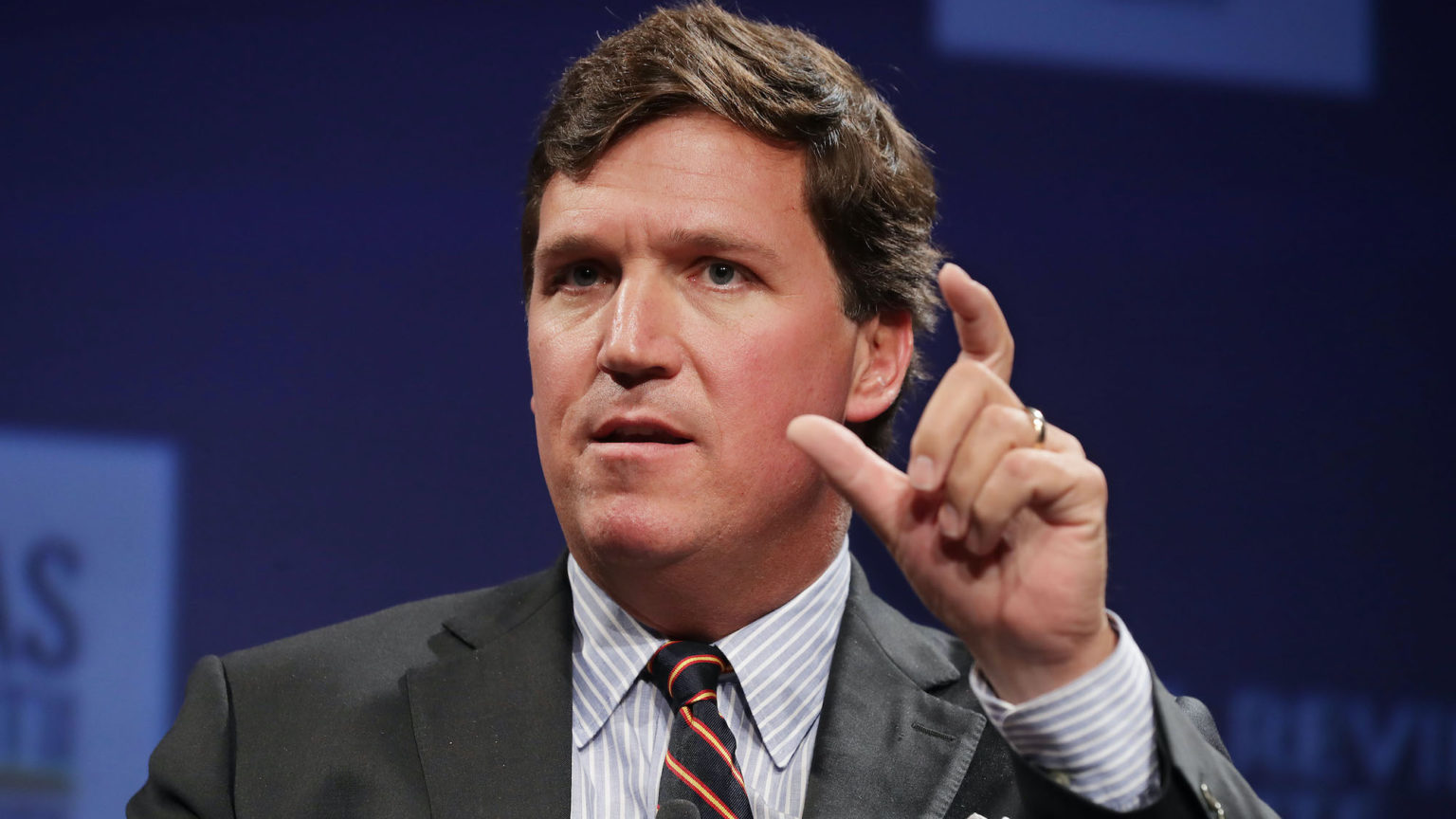 Is Robin DiAngelo to blame for the Waukesha massacre? You remember that horror in Wisconsin in November last year, when a black man named Darrell Brooks ploughed his SUV into a Christmas parade, killing six white people. Brooks really hates white folk. He had written on social media about the scourge of ‘old white [people]’ and of his urge to ‘knokk dem tf out’. Is this down to Ms DiAngelo, who has pumped out books and speeches on the problem with white people? All whites have racist tendencies, she says. ‘All white people are invested in and collude with the system of racism’, apparently. The white population ‘fundamentally hates blackness’, she argues. And this is a woman who is rarely off TV. Whose book was an NYT bestseller. So, she bears some responsibility for the anti-whiteness of Mr Brooks, right?

How about Al Gore – is he to blame for the mass shooting at a Walmart in El Paso in 2019? After all, that act of racist barbarism, in which hard-right terrorist Patrick Crusius targeted Latinos, allegedly murdering 23 people, appears to have been inspired by Gore’s kind of thinking. Crusius’s rambling manifesto was even titled ‘The Inconvenient Truth’, a nod to Gore’s climate-change documentary. The manifesto is infused with green thinking. It makes the case, in the words of Mother Jones, for ‘ecological sustainability’. ‘The environment is getting worse by the year’, Crusius moaned. He chastised Americans for being ‘too stubborn to change your lifestyle’ and said we need to decrease ‘the number of people… using resources’. Maybe Greenpeace is to blame for the horror he allegedly carried out?

All sane people know the answer to these questions. It’s ‘No’. No, Ms DiAngelo is not responsible for what happened in Waukesha. And no, Mr Gore, Greenpeace, George Monbiot and other End of Days greens are not intellectually implicated in the racist atrocity in El Paso. The only people responsible for those calamities were the people who executed them. So why, then, is it seen as acceptable to pin the blame for the Buffalo massacre that took place on Saturday on Tucker Carlson? ‘Tucker Carlson and other right-wing conspiracy theorists share the blame [for this]’, says Salon. This really is as preposterous, chilling and censorious as it would be to pin every massacre of white people on DiAngelo or every eco-fuelled act of terror on green hippies.

No sooner had the atrocity in Buffalo, New York taken place than the media elites were using it as yet another weapon in their war against Fox News’ Tucker Carlson. There was something horribly unseemly in the speed with which they marshalled this racist abomination, in which Payton Gendron is suspected of murdering 10 African Americans, to their obsessive cause of Carlson-bashing. Look, they said: Mr Gendron’s alleged manifesto is influenced by the Great Replacement Theory – the idea that parties like the Democrats want to bring in more and more immigrants in order to sideline pesky white people – and that’s an idea Mr Carlson has flirted with on air. Thus, Carlson is the father to Gendron’s sin. ‘The horror unleashed in Buffalo’ should make Carlson and his allies ‘rethink their paranoid, racist and inflammatory rhetoric’, says Salon. In short, pipe down Tucker, or more people will die.

The linking of Carlson to the Buffalo massacre is everywhere today. The UK Independent says Buffalo should awaken us to the menace of the ‘“great replacement” theory pushed by Tucker Carlson’. The New Republic goes so far as to ask, ‘Would this Buffalo shooting have happened if Donald Trump and Tucker Carlson didn’t exist?’. ‘Maybe’, it says, though its implication is clear – there is a link between what the likes of Carlson say on air and the bloodshed in Buffalo. What is striking is that no evidence has been found that Gendron was inspired by Carlson. As the Independent admits, ‘the Buffalo suspect appears to have explained that he was radicalised online’. And yet, it continues, ‘the real-life words of top conservative figures are being re-examined in the wake of the shooting’. That’s like someone saying after the El Paso massacre that even though the eco-fascist allegedly responsible for that attack was radicalised in deep, dark internet forums, still we must examine the dangerously eco-hysterical views of papers like the Independent.

The disingenuousness of the Carlson-bashers is something to behold. Witness how they gloss over the fact that the manifesto allegedly written by the Buffalo suspect does not only include paranoid ‘great replacement’ crap, but also lots of eco-handwringing. Gendron expresses concerns about the planet and refers to himself as an ‘eco-fascist’. And yet green-leaning broadcasters are never held responsible for deranged killers’ embrace of the idea that humankind is destroying Mother Earth. Indeed, mass murderers’ green talk is always seen as opportunistic rather than serious. So after the El Paso massacre, carried out under the name of ‘The Inconvenient Truth’, a spokesperson for Friends of the Earth said: ‘The key thing to understand here is that eco-fascism is more an expression of white supremacy than it is an expression of environmentalism.’ That is, our ideologies are completely blameless; yours, however, Fox News and Co, are the source of all evil.

It is just incredibly unfair to say Carlson bears any responsibility for Buffalo. You don’t have to align with his oft-stated fears about immigrants being brought in as electoral stooges – I don’t – to see that Carlson has nothing whatsoever in common with an alleged killer like Payton Gendron. Carlson’s concern is with fresh rounds of mass immigration, not with African Americans who have been in America for centuries – the people targeted in Buffalo. We do not know that Gendron was influenced by Carlson (my guess is that he sees the likes of Carlson as MSM sellouts). More to the point, Carlson has never called for any form of violence. It is morally bankrupt to blame an act of extreme violence on someone who has never broadcast a word in favour of violence.

Blaming real-world mass murder on broadcasters and columnists is one of the lowest forms of censure in the woke age. The aim is clear: to demonise certain views as murderous; to try to stifle controversial, difficult or oppositional beliefs by branding them a threat to life and limb. There is a powerful element of moral blackmail. ‘Carry on expressing your views, and people will die’ – that is essentially what people are saying to Carlson. If we are being honest, we all know why the woke elites hate Carlson. It isn’t because of his conviction that immigration is being used to improve the electoral and moral fortunes of the Democrats – it’s because he expresses concern about immigration in the first place. And it’s because he talks about the American working class. And it’s because he nightly mocks the left’s plunging down the rabbit hole of identity politics and cancel culture. It’s because the woke elites fear he has his finger on the pulse of working Americans far more than they do. They cannot stand that, so they see a massacre of 10 black Americans and think to themselves: ‘Let’s use this to demonise Tucker some more.’ It is despicable.