The sinister silence on the murder of David Amess

Why haven’t today’s newspapers put the sentencing of Ali Harbi Ali on the front page? 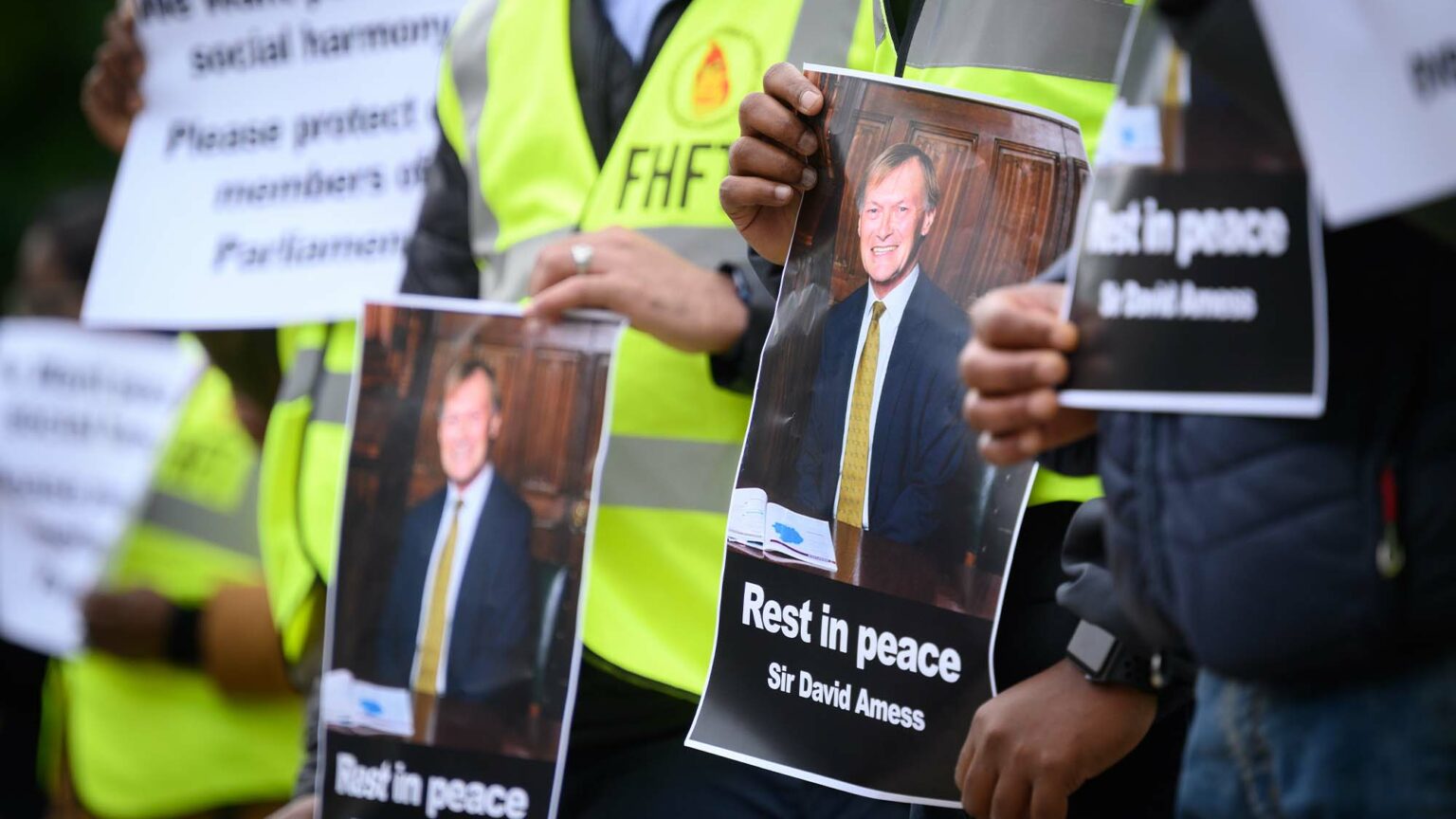 Was the murder of David Amess less newsworthy, less important, than the murder of Jo Cox? Today’s newspapers suggest that it was. Not in anything that they say, but rather in what they don’t say, in what is missing from their front pages. Yesterday, Amess’s killer, Ali Harbi Ali, was given a whole-life sentence, and, aside from a tiny paragraph on the front page of the Daily Telegraph, this just end to a grim act of violence has not been made into frontpage news. It’s on the inside pages, of course, but from the Guardian to the Sun, the Mail to the Metro, not one front page mentions the jailing for life of the Islamic extremist who slaughtered an MP for his political beliefs. This is completely different, staggeringly so, to what happened when the far-right terrorist who murdered Cox was given a whole-life sentence.

The sentencing of Thomas Mair, in November 2016, was major news. Apart from the Mail and the FT, every newspaper put it on the front page. The Guardian adorned its front page with a photo of Ms Cox, alongside the headline ‘Racist terrorist who killed Jo Cox in “an act of extreme cowardice” will never be freed’. ‘Jo was the patriot, you’re the terrorist’, said the front page of the Mirror. Other front pages cheered the ‘damning verdict’ made against Mair and the fact that he would ‘die in jail’ (the Express). There has been none of this following yesterday’s sentencing of Ali. No frontpage photos of a smiling Sir David or righteous tabloid glee that Ali will rot in a cell. It’s all just Partygate, and Boris’s plan to process asylum seekers in Rwanda, and Holly Willoughby’s battle with impostor syndrome.

It gets even more extraordinary. Back when Mair was sentenced, there was fury, actual Twitterstorms, against one of the two newspapers that failed to report the sentencing on its front page. That was the Mail, which instead led with a story about economic uptick, which it held up as proof that all the Brexit naysayers were wrong. The Guardian couldn’t believe it. ‘Why didn’t the Daily Mail put the jailing of Jo Cox’s murderer on its front page?’, asked its columnist Jane Martinson on 24 November 2016. To which the following riposte must now be made: why didn’t the Guardian put the sentencing of Ali Harbi Ali on its front page? ‘What does it say about that paper’s view of – and impact on – the UK’s political life that the verdict on the first murder of a sitting MP for 26 years [was not on its front page]?’, Martinson asked. And what does it say about the Guardian that the sentencing of the man responsible for only the second slaying of an MP in 31 years failed to make its front page today, whereas a huge photo of a posh eco-activist being arrested by the cops did?

Ms Martinson chastised the heartlessness of the Mail’s Cox-free front page. Virtually all the other papers ‘put a smiling picture of the Labour MP and mother of two young children on their front page’, she said. So where is the Guardian frontpage smiling pic of Sir David, who was a father of five? Did it decide against it because he was less photogenic than Cox? Because he was older? Because he was just a dad, not a mum? Seriously, what is the Guardian’s answer to the fact that it raged against the Mail for failing to lead with the sentencing of Mair and yet has itself failed to lead with the sentencing of Ali?

Miqdaad Versi of the Muslim Council of Britain got involved too, hitting out at the Mail for being the ‘only paper not to mention conviction of terrorist who murdered Jo Cox MP on front page’. I trust Mr Versi has criticised the Guardian, The Times and – once again – the Mail today for failing to put the sentencing of Ali on their front pages. If not, why not? Was this killing less shocking? This killer less evil? What is it?

This is a quite extraordinary state of affairs: following the sentencing of Mair, newspapers were actively called out, even demonised, for refusing to splash the news on their front page, whereas following the sentencing of Ali no one gives a damn where you report it. Page 3, page 8, page 12 – whatever. If we are honest, we know what is going on here. Much of the media elite is uncomfortable with speaking frankly about the scourge of Islamist terrorism. They’re far happier focusing on far-right violence – despite the fact that it has caused far fewer deaths and far less destruction than Islamist violence has over the past 20 years – because it allows them to wring their hands over the problem of white men and white privilege and horrible, homegrown neo-fascists. But radical Islam? The fact that nearly 100 people have been killed in the UK by violent Islamists since 7/7? Leave it. It’s awkward. It raises too many difficult questions. And haven’t you seen that Boris got a fixed penalty notice for having a birthday party? The bastard.

This is why Sir David is not smiling from the front pages of today’s papers. And why Ali’s much-deserved whole-life sentence is not frontpage news. And why there has been so little angst and anger in general over the fact that a sitting MP was subjected to a brutal political assassination by a radical Islamist for his views on ISIS and his membership of the Conservative Friends of Israel group. Because the elites refuse to acknowledge the scale of the Islamist problem and the threat it poses to life, limb and social solidarity. The truly shocking contrast between how the media celebrated and mourned Ms Cox and how they have essentially said ‘let’s move on’ in relation to Sir David tells us more about our times than many will be able to cope with.