China is playing a cynical game in Ukraine

Beijing has one eye on Kyiv, the other on Taiwan. 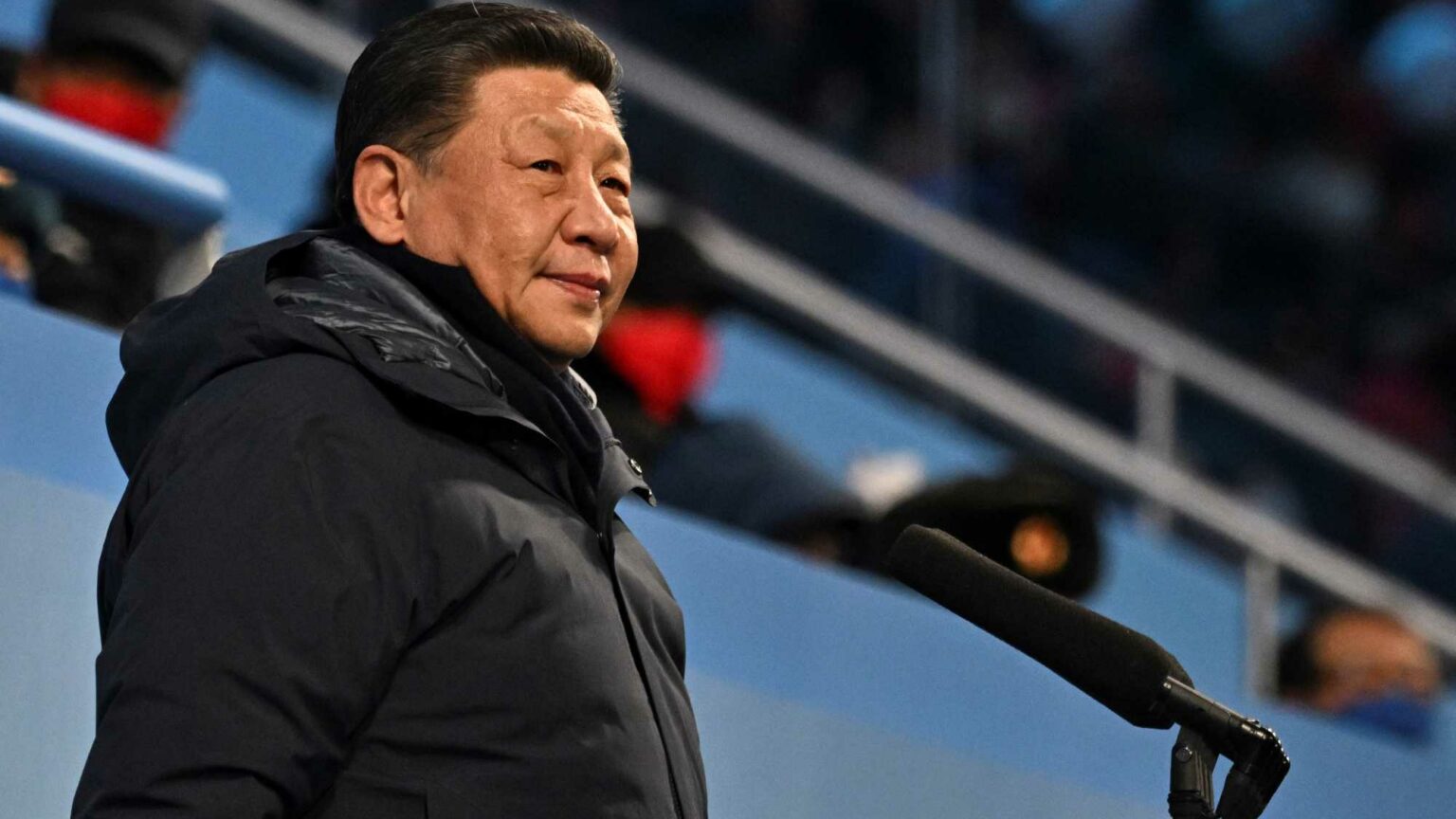 China’s response to Russia’s invasion of Ukraine has zigzagged all over the place. What explains this stance, and what implications does it have – especially for Taiwan?

On 23 February, the day Vladimir Putin announced that he would be sending troops into the disputed Donetsk and Luhansk regions of Ukraine, the Chinese Communist Party (CCP) used a regular foreign-ministry press conference to accuse Washington of ‘raising tensions’, ‘creating panic’ and ‘playing up the schedule of war’. The next day, when Putin announced a full-on invasion, China’s foreign-ministry spokesperson, Hua Chunying, attacked the US again. By pinning the blame for the conflict on Russia, the US was acting in an ‘irresponsible and immoral’ fashion, she said. When challenged by a journalist to admit that Putin’s actions amounted to an invasion of Ukraine, Hua brought up America’s wars in Iraq and Afghanistan: ‘Did you use the word “invasion” or some other word [then]?’

However, on the very next day, this combative approach was tempered. In what was seen as a win for the West, China abstained on a UN Security Council vote – along with India and the United Arab Emirates. China’s permanent representative to the UN, Zhang Jun, declared that ‘the sovereignty and territorial integrity of all states should be respected’.

By 1 March, when the war in Ukraine was in full swing, China’s foreign minister, Wang Yi, appeared to soften China’s stance still further. He used a phone conversation with his Ukrainian opposite number, Dmytro Kuleba, to express deep regrets about the conflict, adding that China was paying ‘extreme attention to the harm suffered by civilians’.

Neither of the CCP’s two contradictory stances towards the war can be taken at face value. Nor are they just the product of recent events. Since 2014, when protests in Kyiv’s Maidan Square led to the fall of the Kremlin-supported Viktor Yanukovych, the CCP has both attacked America for interfering in Ukraine and repeatedly offered rhetorical support for Ukrainian sovereignty, against the wishes of Moscow.

Indeed, by 2018 it had become obvious that the CCP was a diplomatic Janus on Ukraine. Its policy evinced a desire to rebut America’s proclivity for foreign adventures, especially in the South and East China Seas. At the same time, Beijing wanted to distance itself from Russia’s encouragement of separatist violence in the Donbas. With Taiwan, Xinjiang and Tibet on its mind, the CCP had little choice about that. As academic Peter Braga wrote in 2018, Beijing’s ‘strategic ambiguity’ on Ukraine was designed to stabilise China’s Russian and Ukrainian trade interests abroad, while addressing the CCP’s concerns about territorial security at home.

In the four years since, much has changed. Fighting in the Donbas has intensified. The CCP has taken over Hong Kong, made daily displays of its growing air power around Taiwan, and has continued building island outposts in the South China Sea. Warships from America, Britain, France and even Germany have taken more and more trouble to get to know China’s coasts. And earlier this year, Japan’s new prime minister, Fumio Kishida, held talks with Australia to underline Japan’s newfound commitment to defending Taiwan.

Sino-Russian relations have deepened, too. Just last month, Beijing and Moscow announced a new, wide-ranging alliance. Beijing and Moscow issued a joint condemnation of Aukus, the nuclear submarine pact between Washington, London and Canberra. Likewise, both powers called for an end to the enlargement of NATO.

Yet plenty of tensions could still break out between China and Russia, especially in a period as unstable as ours. These are two nation states with different interests. Anyone who thinks that the Beijing-Moscow axis is an equal partnership should watch a 2018 YouTube video of Xi taking Putin for a ride on one of China’s impressive high-speed trains. Putin’s discomfiture is plain enough: he knew that, without China’s help, he would never see such spoils come to Russia. Similarly, Russia has looked to China as an alternative market for its gas as Europe withdraws, though an overreliance on Beijing could prove risky.

Beijing can afford to play a longer game than Moscow. Faced with his own sharp questions at home, Xi will certainly be interested in seeing not just how the Kremlin gets on in Ukraine, but also if it is able to weather domestic dissent against the war.

Many have speculated that Russia’s invasion of Ukraine could tempt China to invade Taiwan, while the West is distracted by war in Europe. Yet last August, the CCP witnessed America’s ignominious evacuation from Afghanistan. This was also a tempting opportunity, which Xi decided not to take. Arguably, the international political and military responses to Ukraine suggest that a Chinese invasion of Taiwan could be an even less attractive prospect than it was last year.

However, as I argued last September and Putin has since confirmed, war is not a wholly rational enterprise. Just like in Ukraine, just about anything could happen in East Asia right now.

One thing is clear: China will be watching what comes out of Ukraine very carefully. Beijing’s studious even-handedness on the conflict is designed, simply and cynically, with Taiwan in mind.