The Tories’ cowardice over Batley Grammar is shameful

The Tory candidate in Batley and Spen has ducked the biggest issue of the by-election. 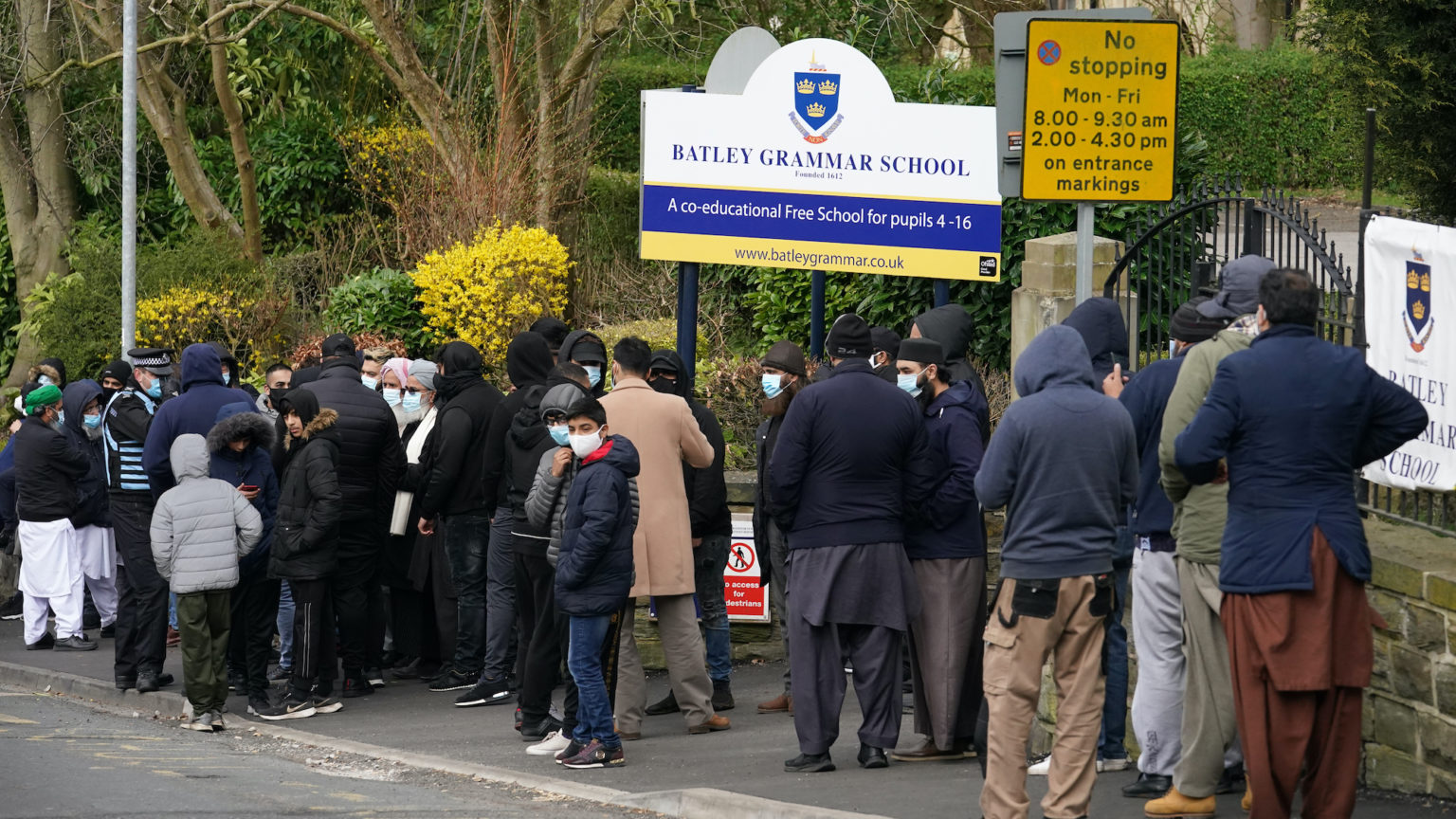 As voters prepare to cast their ballots in the Batley and Spen by-election, the Labour Party and George Galloway’s Workers Party are dominating the national headlines. One man, though, is conspicuous by his absence: Ryan Stephenson, the Conservative Party candidate.

Stephenson looks likely to win. Galloway is eating away at Labour’s vote share, while the absence of independent candidate Paul Halloran (who stood in 2019 and took 6,000 votes) will also aid the Tories. According to a recent poll, Batley and Spen is about to become the latest brick to fall from the Red Wall.

Stephenson is a councillor in Leeds and chairman of the West Yorkshire Conservative Association. When he was selected as the party’s candidate for Batley and Spen, he trotted out the usual lines about how the constituency can ‘build back better’ post-Covid with the government’s ‘levelling up’ agenda. Apparently, he sees himself as a ‘fervent campaigner for the protection of the Green Belt and of the natural environment’. There’s one issue, though, about which he has said almost nothing – and it just so happens to be the single most important issue in the by-election.

Earlier this year, a teacher at Batley Grammar School showed his pupils cartoons of Muhammad in a lesson about free speech and blasphemy. In response, Islamist protesters set up outside the school. The teacher was suspended and driven into hiding, fearing for his life. In 21st-century Britain, a teacher’s life was ruined because he broke archaic religious law. And yet, Ryan Stephenson has said almost nothing about it.

Labour has rightly caught flak for its, at best, equivocal stance on the scandal. Tracy Brabin, who was Batley’s MP at the time the protests erupted, failed to defend the teacher’s right to show the cartoons. Labour’s candidate for the by-election, Kim Leadbeater, has implied that, in cases like this one, free speech must be balanced against respect for others’ views. And yet Stephenson, who has been just as ambivalent, has somehow managed to dodge criticism.

Reclaim Party leader Laurence Fox held a rally about the Batley Grammar scandal in the constituency last week. It went ahead despite the local Labour council trying to ban it. Stephenson, like Leadbeater, declined to attend. His website also makes no mention of Batley Grammar at all. In a rare comment on the scandal, he condemned the harassment of the teacher but stopped short of defending his actions. He has adopted a submarine strategy for the election, ducking the big issue and avoiding the national press.

As Leadbeater and Galloway tear chunks out of each other, Stephenson prefers to let the left eat itself rather than say anything remotely interesting. No doubt, he is under direction from Tory HQ. When the Batley Grammar scandal erupted, Gavin Williamson’s Department for Education opted to sit on the fence, too. On the one hand, it condemned the protests and the intimidation of the teacher. On the other, it said that while schools were free to teach kids about ‘challenging or controversial’ issues, they should ‘balance this with the need to promote respect and tolerance between people of different faiths and beliefs’.

This is utter cowardice. Having promised to defend free speech on university campuses, the Conservatives have fled the field over the free-speech crisis at Batley Grammar. They seem to see the local Muslim population as too sensitive to handle debates about free speech and religion in education. This is the bigotry of low expectations at work.

Labour will likely lose in Batley tomorrow, and rightly so – it has neglected Red Wall voters, and indulged in the kind of identity politics that Galloway is now exploiting, for years. But the Tories really don’t deserve to win.