God Save the Kween

Meghan Markle and the new age of deference. 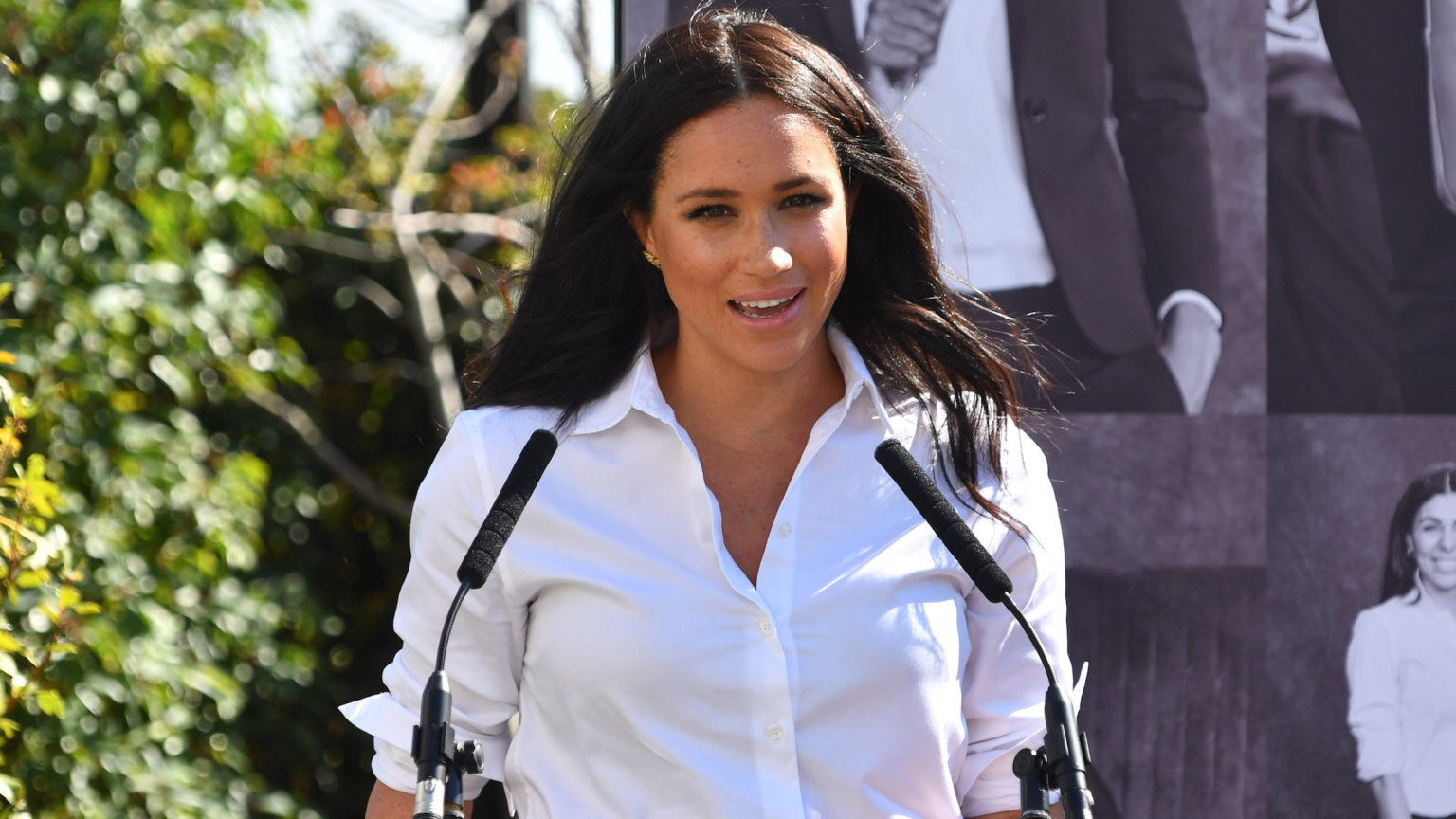 The woke set loves to pose as iconoclastic. Part Johnny Rotten, part Angela Davis. They hate the flag (not the Pride flag, though – they’ll be buried with that multicoloured monstrosity). They laugh in the face of old white men. They mock the monarchy, make fun of the nuclear family, and hound into retirement any stiff sixtysomething professor who holds an outrageous point of view, such as that people with dicks are blokes, not women. Biology, tradition, ‘truth’ – tear it all down. Get pissed, destroy!

But appearances, as we know, can be deceiving. For lurking beneath this showy screw-you to The Man (or The Woman, if that’s how the establishment identifies these days), there is a creepy culture of deference in woke circles. Consider their fawning over Meghan Markle. Sure, they chortle at the little people who bow to the queen and whose cupboards are stuffed with commemorative plates from Will and Kate’s wedding. Tacky much? And yet they will hunt you down and destroy your life if you so much as think about blaspheming against Meghan. The queen is dead, long live the kween!

Last week there was a perfect collision of events that positively shattered the rebellious pretensions of the woke clique. First, some privileged saps at Magdalen College, Oxford voted to take down a portrait of the queen because it was hurting their feelings. It reminded them of colonialism or something. I hope these easily triggered poshos have built a padded cell, or perhaps a soundproofed kindergarten, for next year’s 70th anniversary of the queen’s ascendancy to the throne. Heaven knows the spiritual damage they’ll suffer if they glimpse so much as a minute of the wall-to-wall coverage of our 95-year-old monarch.

Then, Julie Burchill, one of British journalism’s great rabble-rousers, was witch-hunted and ultimately sacked – from the Telegraph, of all places – for, get this, mocking a member of the royal family. Her mistake was to target the kween rather than the queen. On Twitter Ms Burchill pricked the pomposity of Meghan and Harry’s knee-taking, anti-white-privilege woke posturing by wondering out loud why they didn’t name their newborn daughter ‘Georgina Floydina’. Cue hysteria. Dust down the stocks. Ready your rotten tomatoes. A mere pleb has dared to disrespect our kween.

These two things happened within 24 hours of each other. And the woke set’s response was telling in the extreme. When a handful of people on the right raged against the Magdalen muppets for taking down a pic of our beloved queen, the pseudo-revolters of the lame left had a field day. ‘Who are the snowflakes now?!’, they cried. They gawped in bemusement at those who felt put out by this seeming snub to the sovereign. And yet at the exact same time they were raging like bloodthirsty Cavaliers against a columnist who dissed their kween, the Duchess of Woke. Off with Burchill’s column!

They went from mocking defenders of royalty to leading a medieval charge against a critic of royalty without batting an eyelid. I know self-awareness is not their strong suit, but this really was something. It confirmed that the neo-royalists of the Meghan-loving woke mob are far more touchy, and far more outraged by ‘treason’, than traditionalist monarchists are. We might live in a constitutional monarchy (which is not my preference – I’m a republican), but the sovereign has to put up with a huge amount of ribald piss-taking. From ‘God Save the Queen / She ain’t no human being’ in 1977 to all that Blairite tabloid criticism of her wooden response to Princess Diana’s death in 1997 (ie, she didn’t blub on Oprah), the queen gets a lot of flak. And she deals with it all with a very regal air of Not Giving A Shit.

In contrast, Meghan – not to mention her woke army of Twitter courtiers and bowers and scrapers – can brook no dissent whatsoever. She’s screaming for her lawyers the minute a tabloid says something untoward. The Cavalier cancel-culture mob that protects her reputation online will go for the jugular of any commentator who suggests Meghan might be a hypocrite or a narcissist or an idiot. Except they don’t shout ‘Treason!’; they shout ‘Racist!’. They know that the r-word is the great destroyer of reputations and livelihoods in the 21st century, and they wield it ruthlessly against anyone who dishonours their kween.

Essentially they have rehabilitated, in woke form, the laws of lèse-majesté. It is a curious irony of modern Britain that it isn’t Her Actual Majesty who is furiously protected from insult. It’s Her Woke Majesty, the chattering classes’ favourite duchess, the leading lady in the new aristocracy of ‘social justice’. Stand up when ‘God Save the Queen’ comes on and the Fisher-Price revolutionaries of the woke brigade will snigger loudly. But say a single sore word about the sainted Meghan and the very same people will be up on their feet, tears in their eyes, shouting: ‘GOD SAVE THE KWEEN!’

Indeed, the reason they’re so angry these days is that the rest of us are refusing to defer. Football fans see the taking of the knee – a brazen act of deference to the politics of identity – and they say ‘BOOO’. Voters were instructed to defer to the wisdom of the EU and its wise unelected bureaucrats and we said ‘Nope’. ‘Change your whole life to offset climate change’, the eco-religionists demand, and we turn away to carry on booking our cheap flights to Malaga. Ours is an era of a new elitist form of deference, and a corresponding revolt against deference. I know who I’m with – the booing, sceptical, free-thinking crowd, rather than the creeps saying: ‘Worship our kween, ye plebs.’