We need to talk about those journalists who praised Hitler

Both the BBC and CNN have reporters who seemed to sing the praises of the Führer. That’s messed up. 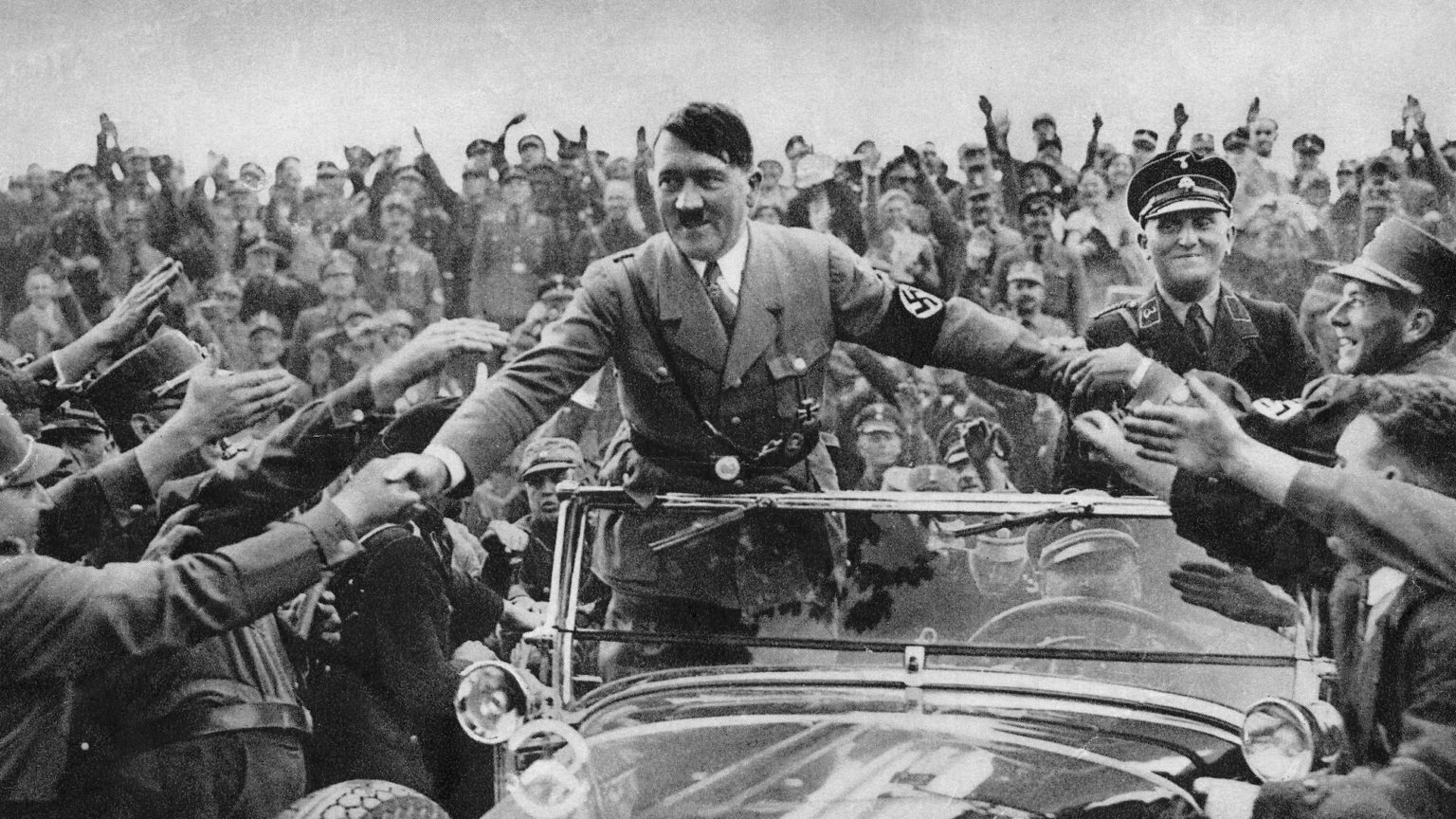 Let me get this right – both the BBC and CNN have reporters who praised Adolf Hitler? Both of these broadcasting giants of the liberal elite have contributors who said the Führer was right? We need to talk about this. This is not normal in any way whatsoever. It speaks to a serious sickness at the heart of the so-called liberal establishment.

Over the weekend it was revealed that a BBC employee, Tala Halawa, tweeted in praise of Hitler in 2014, during the last major flare-up of tensions between Israel and Gaza. Ms Halawa is a digital journalist for the BBC. She specialises in Israeli-Palestinian affairs. Last week I watched a video report she made of the growing trend for celebs like Bella Hadid to noisily signal their support for Palestine. I thought it was quite interesting. Little did I know that the person who made it has previously said nice things about Hitler.

It was seven years ago. In 2014, during Israel’s Operation Protective Edge offensive against Hamas, Halawa tweeted ‘#HitlerWasRight’. We can be pretty sure she didn’t mean he was right to have been a vegetarian or to have been a fan of Beethoven. She also said, ‘Israel is more Nazi than Hitler’ – my emphasis. This is a vile anti-Semitic slur, in which the Jewish state or the Jewish people are essentially accused of having internalised the evil attitudes and behaviour of the regime that tried to wipe them out 80 years ago. Halawa also tweeted that ‘ur media is produced by ur zionist government in order 2 produce ignorant people’ and ‘#Zionists can’t get enough of our blood’.

CNN’s seeming fan of Hitler is one Adeel Raja. He is a freelance journalist in Pakistan. He isn’t employed by CNN but he has contributed to the channel in recent years. This month, as the Israel-Hamas conflict flared up once more, Raja tweeted: ‘The world today needs another Hitler.’ Yes, that’s right – the American news giant that has spent the past five years telling us that everything is fascism, constantly insisting that Trumpism and Brexit and other populist revolts have ugly echoes of the 1930s, had a contributor who wants Hitler to return to teach those filthy Jews a lesson. To borrow a phrase from journalism on this side of the pond: you couldn’t make it up.

It wasn’t the first time Raja expressed admiration for Hitler. In 2014, during the World Cup, he tweeted: ‘The only reason I am supporting Germany in the finals – Hitler was a German and he did good with those Jews.’ He has also tweeted: ‘Hail Hitler.’ It’s a shame he isn’t a spelling Nazi as well as an admirer of Nazis.

CNN has said it will never work with Raja again. The BBC says it is taking the Tala Halawa tweets ‘very seriously’ and is ‘investigating’. My opposition to cancel culture is such that I don’t think we should prejudge the outcome of the Halawa case. CNN was right to ditch Raja – what serious broadcaster or publication would want to be associated with a journalist who in the here and now is tweeting favourably about the Nazis? But Halawa’s ‘#HitlerWasRight’ tweet was from seven years ago. If she can demonstrate to the BBC that she has changed, perhaps it should give her a second chance.

However, we have got to be crystal clear about how perverse this situation is. Both the BBC and CNN, the self-styled moral consciences of the West’s right-thinking set, had reporters who relatively recently, or very recently, expressed support for Hitler. Just think about that. This should alarm us. It should alert us to how mainstream anti-Semitism disguised as anti-Zionism has become.

What is most striking is the relative lack of fuss and fury these cases have generated. Yes, there has been a lot of commentary, some of it rightly angry. But generally it feels muted. This scandal hasn’t trended in the way one might expect. The cancel-culture mobs of the radical left have been especially schtum. The kind of people who will spend days and days agitating for the sacking of someone who made a joke about ‘trannies’ 20 years ago have been strikingly quiet about mainstream reporters who PRAISED ADOLF HITLER.

Once again we can see the double standard that is always deployed in relation to anti-Jewish hatred. Imagine if it was discovered that a reporter for the Daily Telegraph had tweeted approvingly of a genocide against black people. Or if a writer for the Wall Street Journal was unveiled as a loather of Muslims who fantasised about their removal from the face of the Earth. Do you think that kind of thing would have dropped down the concern-o-meter as speedily as these Hitler tweets have? Of course it wouldn’t. It would be obsessed over for days – weeks. It would be held up as proof of the moral rot at the heart of the right. But when it comes to Jews, it’s always a different story. Nothing to see here. It was only a bit of praise for Adolf Hitler. Move along.

The Hitler tweets controversy hasn’t only raised serious questions about the BBC and CNN. It also raises the question of why racial hatred against Jews doesn’t bother the woke set anywhere near as much as other forms of racial hatred do. These are the kind of people who are hyper-sensitive to prejudicial speech, who see racism and Islamophobia and transphobia everywhere, and who will furiously cancel anyone who fails to use all the correct identitarian terminology. Yet when journalists at two of the top broadcasters are revealed to have spoken favourably about the man responsible for the most horrific racial crime in history, they look the other way. That demands an explanation.