CNN’s shameless assault on the memory of the Holocaust 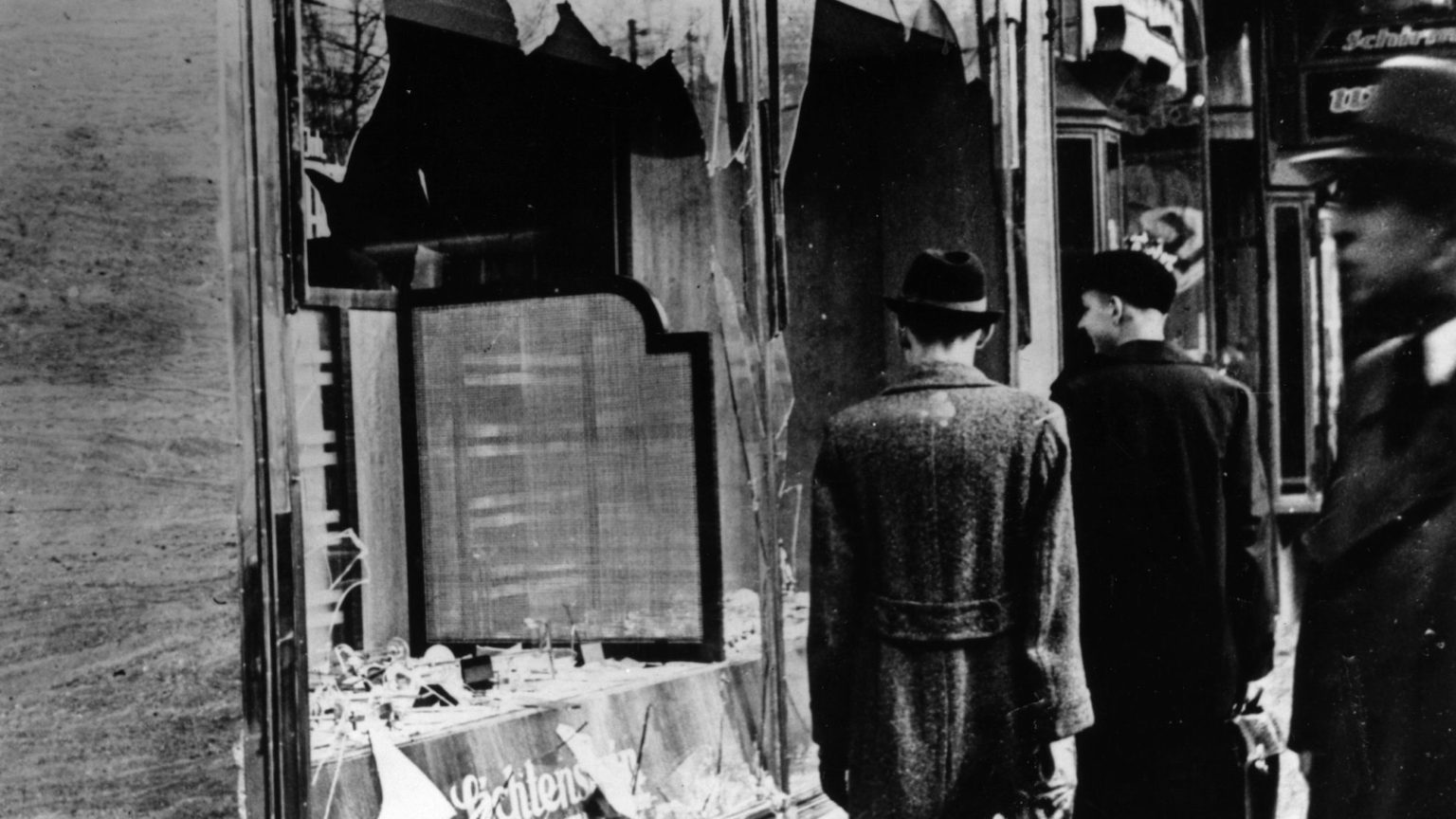 Yes, taking Holocaust Relativism to dizzying and disturbing new heights, Amanpour spoke of the Trump administration in the same breath as the vicious anti-Semitic pogroms of November 1938 in which the Sturmabteilung, the first paramilitary wing of the Nazi Party, used sledgehammers to destroy synagogues and Jewish businesses.

More than 90 Jews were killed and 30,000 were arrested and put in concentration camps. It is considered to be the starting point of the Holocaust. What kind of reporter, whose job is to seek out the truth and be accurate, seriously thinks such an outburst of mass, deranged, officially decreed violence against Jews is in any way comparable to life in 21st-century America?

Worse, Amanpour made her crude, exploitative comparison on the anniversary of Kristallnacht. On the 82nd anniversary of this most grim of historical events, she told CNN’s Trump-hating viewers that Kristallnacht was ‘the Nazis’ warning shot across the bow of our human civilisation that led to genocide against a whole identity and, in that tower of burning books, it led to an attack on fact, knowledge, history and proof’. She continued: ‘After four years of a modern-day assault on those same values by Donald Trump, the Biden-Harris team pledges a return to normal.’

And there you have it. In the minds of CNN’s chief observers, Trump’s America echoed the violent Nazism of 1938, while Joe Biden and Kamala Harris are the saintly demolishers of this neo-Nazism, the Good People who will dismantle Trump’s Hitler-like assault on ‘fact, knowledge, history and proof’ and rescue the American Republic from a repeat of the horrors of the 1930s.

And CNN has the nerve to balk when Trump supporters refer to it as ‘fake news’. What we witnessed in Amanpour’s base marshalling of the suffering of the Holocaust to the end of bashing Trump was something far worse than ‘fake news’. This was a clear case of Holocaust Relativism, of minimising through comparison the greatest crime in human history.

In comparing Kristallnacht to the rule of an American president who some people don’t like, Amanpour drained the seriousness, the uniqueness, from the Holocaust and rendered it normal, just another inconvenient political event in history, not unlike the bluster and occasional fib-telling of the Trump administration that CNN’s viewers will be so familiar with. By dragging the Holocaust into her own Trump-hating psychodrama, by giving the victims of Kristallnacht a mere walk-on role in CNN’s crusade against Trumpism, Amanpour did serious damage to historical truth and to the memory and meaning of the Holocaust.

That’s the dark irony here. What Amanpour said about Trump – that he has assaulted ‘fact, knowledge, history and proof’ – is far truer of her. In his four years in power Trump has not once launched an attack on historical memory as brazen as Amanpour’s last week. Her cavalier minimisation of the events of November 1938 represents a new low in the ahistorical, morally illiterate exploitation of the Holocaust that has been rife in the anti-Trump media classes and on sections of the left over the past four years.

For Amanpour is not alone when it comes to Holocaust minimisation. She has now apologised for her comments, somewhat half-heartedly, but this won’t fix one of the most serious symptoms of Trump Derangement Syndrome: a tendency to compare Trump to Hitler, to say the 1930s are coming back, and to reduce the Holocaust to a mere political tool to be wielded against a president these people love to hate.

Amanpour’s assault on the memory of Kristallnacht confirmed how unhinged the opposition to Trump has become. It spoke to the descent of large sections of the media into such a visceral fear and loathing of Trump that they feel no compunction about jettisoning reason, sense and accuracy if it will help them to demonise Trump and beatify his opponents, in particular Biden and Harris.

Such moral instability has been widespread among the anti-Trump elites these past four years. Trump is ‘literally Hitler’, in these people’s eyes. ‘Donald Trump is a fascist’, serious outlets have suggested, denuding that word of all meaning. A British MP spoke of Trump in the same breath as ‘fascist dictators Mussolini and Hitler’.

Alexandria Ocasio-Cortez said Trump was running ‘concentration camps’ on the America-Mexico border and, for good measure, she said the phrase ‘Never Again’ has to ‘mean something’. That’s a phrase used about the Holocaust. AOC was suggesting that something akin to the Holocaust happened in the US under the Trump administration. No doubt she and her fawning followers think such Holocaust-talk lands a blow against Trump, but the truth is it lands a far greater blow on the memory of the Holocaust, which once again is reduced to a mundane event, like temporarily placing illegal immigrants in a camp.

Even historians who ought to know better embraced the Trump-as-Hitler meme. Ron Rosenbaum, author of Explaining Hitler, says he was initially reluctant to talk to the media about Trump’s ‘fascistic tendencies’, because however bad Trump might be, ‘he did not seem bent on genocide’. Then he changed his mind and declared that Trump seems to be working from the ‘playbook of Mein Kampf’.

All these people – and this includes the many anti-Trump protesters who waved placards mentioning Hitler and the Holocaust – seem alarmingly unaware of how much damage they have done to historical memory. Holocaust Relativism is a close cousin of Holocaust Denial. As the Open University’s guide to the Holocaust rightly says: ‘Relativising the Holocaust has been one of the classic techniques of some of those engaged in Holocaust Denial.’ Much of the new anti-Semitism is drenched in Holocaust Relativism. From left-wing anti-Semites to radical Islamists, the cry often goes out: ‘Why do we talk about the Holocaust so much? It wasn’t that special. Bad things happen all the time.’ Amanpour and a host of other anti-Trump obsessives in the media and political elites are unwittingly stirring up this cynical and often racist minimisation of the Holocaust with their cheap, ahistorical shots at Trump.

We hear a lot about the political wreckage left by Trump after his four years in the White House. But one of the worst kinds of damage done over the past four years was to the memory of the Holocaust, and it was done by Trump-bashers. Their reduction of the Holocaust to a political plaything, an exclamation mark to emphasise just how much they hate Trump, has been devastating to the cause of truth. Restoring the reality of the Holocaust will be essential if we are to defend truth in the 21st century and challenge the racist minimisation of the new anti-Semites.