The main casualty of the ‘climate crisis’? Journalism

The Sky News Daily Climate Show is an exercise in activism, not news. 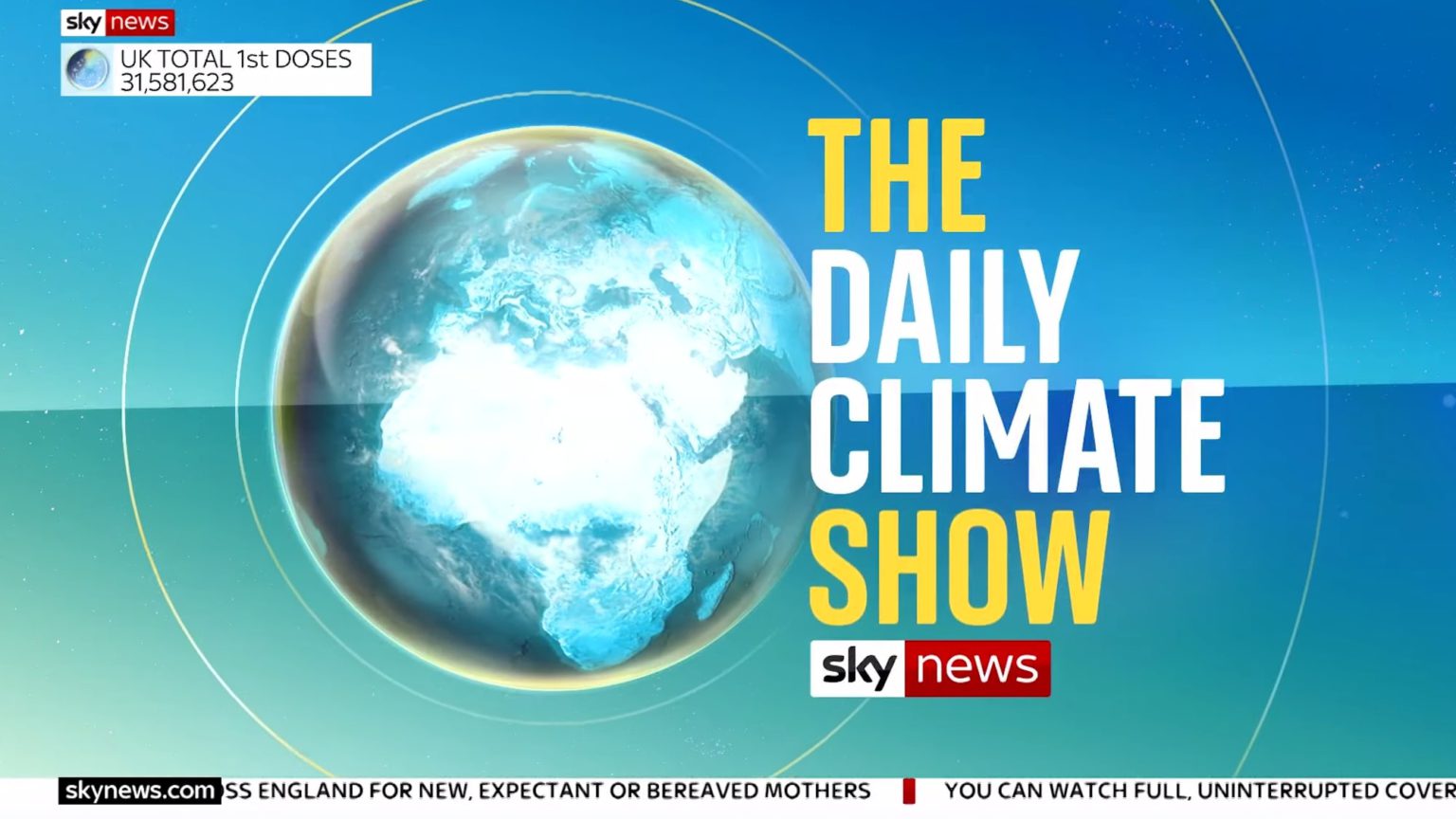 After much self-congratulating hype, Sky News broadcast the first episode of its Daily Climate Show last night. ‘Hello and welcome to the UK’s only climate daily news show where we track the changes happening to our world right now, and meet those coming up with the solutions’, said the show’s host, Anna Jones. ‘Because while the climate crisis is happening, we can slow it.’ But is this actually news?

The conventional framing of the climate issue, epitomised by Jones, has long struck me as the major shortcoming of broadcast news media – and a great deal of print media, too. There is a cascade of presumptions and presuppositions stuffed between the presentation of the problem of climate change and its putative solutions. Omission of these from the broader debate means that we are not mainly being fed ‘news’ but political statements. Broadcasters and ‘journalists’ have decided to be the news, not merely to report it: ‘We can slow it.’

Taking such a position requires avoiding, at all costs, the interrogation of the claim that there is a ‘climate crisis’. But isn’t interrogation exactly what the news media ought to do? Climate change may well be a problem, but to frame it as a ‘crisis’ requires us to forget the political dimensions to the claim. It is not science, but political movements that declared this a ‘crisis’ or ‘emergency’. Some very questionable political movements, at that. And as Andrew Montford pointed out here on spiked last week, the notion of a crisis requires us to ignore the historical context of such claims: the number of people dying from extreme-weather events has actually fallen by 95 per cent since the 1920s. In other words, there is less than zero evidence of a crisis. But activist journalists, possessed of a cause, cannot let the facts get in the way of a campaign.

One clue as to the propagandistic intentions driving Sky News’ intervention is the most notable characteristic of the 20-minute show: it was crap. And dull. I don’t just say it as a mean-spirited, long-time climate bore myself. I had to rewind it because I fell asleep. Twice. The show’s cast and crew clearly do not have their hearts and minds invested in this project. As a consequence, it comes across very much as a half-baked execution of a poorly conceived instruction from upstairs – like those reports of tractor production in the USSR exceeding quotas, and produced for similar ends, too.

Take, for instance, the story of Greenland’s recent election, which was won by what Jones called a ‘left-wing environmentalist party’. Its victory has cast doubt over plans to develop rare-earth metal mines in the south of Greenland. Jones couldn’t even name the party – Inuit Ataqatigiit – much less give an account of the party’s objections to the mines.

It could have made for an interesting discussion about the paradox of green politics being hostile to the development and extraction of the resources that ‘green’ technology is dependent on. For instance, neodymium is an element used in high-powered magnets, with applications in electric vehicles and wind turbines. But instead, it fell to Sky’s defence correspondent to explain that rare-earth metals are used in submarines and war planes, and that a conflict between China, where most such metals are produced, and the West may deprive us of these materials. He wanted to talk about war and war machines, not the politics of a Danish territory that has a third of the population of Tunbridge Wells, as the climate framing seemed to demand.

The cobbled-together reporting for the sake of having a daily climate show tells us that its content is an afterthought. Green campaigning organisations have longed for the news agenda and the weather forecast to feature daily climate-change stories, to constantly remind the public of the crisis as they see it. And now they have it, they struggle to fill it with anything that looks like ‘news’ rather than vapid political activism.

This collapse of journalism into obvious propaganda has been a while in the making, and is entirely predictable. In an article on the Sky Group’s website in January, the company’s executive chairman, Jeremy Darroch, announced that Sky had ‘committed to being net-zero carbon by 2030, and this year we are proud to be a principal partner and media partner of COP26, the UN Climate Change Conference’. It was as though the broadcaster was to be a party to the conference, not just there to point cameras and ask questions. ‘We know we have a responsibility to use our reach and our voice to create positive change, with our television content and our products in the homes of millions of customers across Europe’, said Darroch.

So what is Sky, then? Is it a political campaign? A government agency? A supranational political body? One thing is for sure… it is no longer a news broadcaster. Like other British news broadcasters, the BBC and ITN, it has attached itself to a political cause, and has shown itself unwilling and unable to reflect critically on a domestic and global political agenda. And it has signalled that it would prefer to be a ‘partner’ to government than to offer critical analysis, reporting and journalism to the public.

Sky’s fall is a remarkable transformation. Switch it off!