The climate emergency is a threat to democracy

Environmentalism has resurged since 2016 as an elite response to the populist challenge. 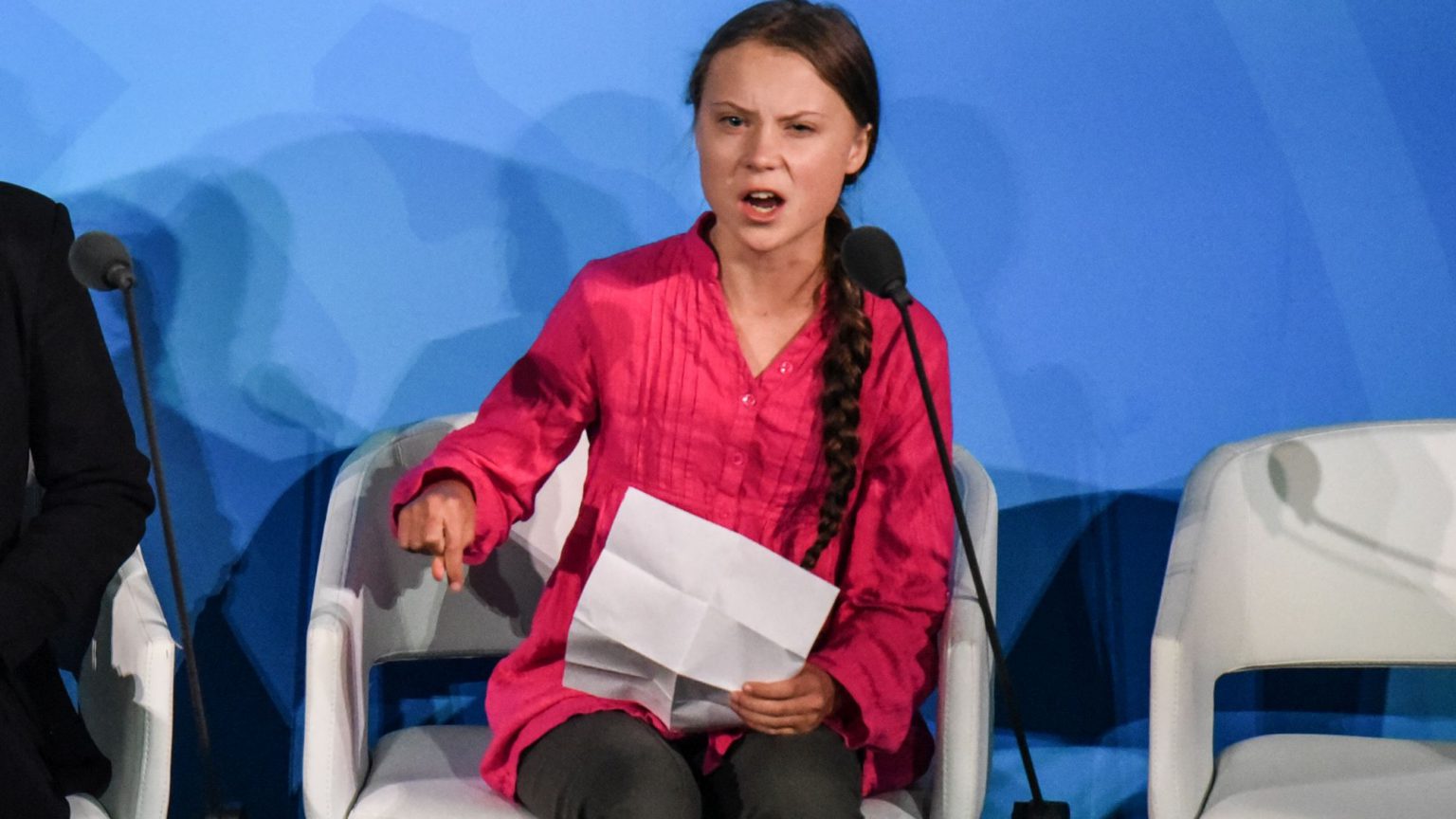 One week, it’s that old Malthusian David Attenborough telling us ‘the moment of crisis has come’. The next it’s that young Malthusian Greta Thunberg telling us ‘our house is still on fire’ and ‘inaction is fuelling the flames’.

Both express the key elements of today’s environmentalist script. The shrill tone. The end-is-nigh urgency. The act-now-or-else command. And underwriting this script, as ever, is the core idea of contemporary environmentalism — namely, the climate emergency. This is the idea that so imminent and ‘existential’ is the threat of climate change that world leaders need to act as if they are at war. They need to declare a state of emergency. There’s no time for deliberation or debate anymore, because, well, ‘our house is on fire’. In this state of emergency, all civil liberties and democratic freedoms can be suspended. All dissent and debate silenced. Only then will the authorities, using all force necessary, be able to do what needs to be done to protect us from the enemy. It just so happens that this enemy happens to be us, and our all-consuming passions.

This wartime analogy has long lurked on the deep-ecological fringes of the environmentalist movement. It crops up, for instance, in James Lovelock’s 2009 broadside, The Vanishing Face of Gaia. He writes that surviving climate change ‘may require, as in war, the suspension of democratic government for the duration of the survival emergency’.

But only now has it entered the mainstream. So, in May last year, the Guardian revised its style guide, stating that ‘instead of “climate change”, the preferred terms are “climate emergency, crisis or breakdown”’. That same month, the UK became the first nation state to declare a climate emergency, days after similar declarations from Scotland and Wales. In June, New York City became the world’s largest city to declare a climate emergency. And then, in November, the European Parliament, with new Commission president Ursula von der Leyen leading the charge, did likewise, for the EU. Little wonder Oxford Dictionaries made ‘climate emergency’ its word of the year.

Not everyone has been quite as keen to embrace the emergency rhetoric. In November, a few MEPs from the European Parliament’s largest bloc, the European People’s Party, struck a note of caution amid the EU’s clamour for a declaration of climate emergency. They were worried that the language was just a little too redolent of Nazi-era Germany.

Which is understandable. The Emergency Decree for the Protection of the German People, issued on 28 February 1933, permitted the suspension of the democratic aspects of the soon-to-disappear Weimar Republic, and legally sanctioned the Nazis’ suppression and persecution of political opponents. That, after all, is what states of emergency tend to entail: a clampdown on civil and democratic freedom in the interests of preserving the state against a perceived existential threat. And that is what the climate emergency entails, too.

It raises a few questions. Given the unpleasant, brown-shirted whiff steaming off the idea of a climate emergency, why are political and cultural elites in the EU, the UK and the US so willing to embrace it? And, more pertinently, why now?

It cannot be fully explained by reference to the state of the environment, no matter how devastating the Australian bushfires, or destructive the floods in northern England. For there is always more to environmentalism than environmental challenges. And the ‘more’ in this case is the seismic shift in the post-2016 political landscape. It is a landscape in which Western elites find themselves mortally threatened, not so much by climate change, but by those they can blame for it – the people. And this is precisely why climate change has resurged as an issue over the past few years, and why the profoundly anti-democratic idea of a climate emergency lies at its heart. Because it is being mobilised against the populist threat.

The shift in tone of the climate-change issue is marked. When environmentalism last enjoyed its moment in the blazing Sun, in the mid-2000s, it was still of course a catastrophist narrative. It could hardly have been otherwise, given its anti-Enlightenment, Malthusian origins. But the approach was condescendingly scientistic rather than shrill and panic-stricken. The truth was ‘inconvenient’, rather than compelling. An IPCC report would offer a ‘very likely’ range of future scenarios, rather than offer a singularly ‘scary’ warning. But then environmentalism preached to estranged, often understandably bored electorates, rather than recalcitrant, restive ones.

This patronising, scientistic tone reflected environmentalism’s political, ideological function, as a legitimising gloss painted on to Western political elites’ administration of things. It was the handmaiden of technocracy and managerialism. It allowed post-Cold War elites to disavow modernity, justify long-term economic stagnation, and provide their Third Way governance with a semblance of purpose.

The financial crash and subsequent economic crisis was to sideline environmentalism. From 2008 onwards, justifying economic stagnation no longer needed a green dressing. It could become, as ‘austerity’, a policy and ideology in its own right. Hence, from the UK to the crisis-ridden eurozone, politicians of all stripes now talked of fiscal responsibility, of cutting back and consuming less.

2016 changed everything. The populist challenge to the political classes of Europe and the US, which had been stirring for a while, erupted in the form of Brexit and the election of Donald Trump as US president. And environmentalism resurged in response. It had always served as a way of managing the public, of justifying the political class’s mode of governance. Now it could serve as a way of quelling the populist challenge. Of diminishing people’s democratic aspirations. Of suppressing the rejection of technocracy and managerialism. After all, what is politics – or ‘taxes or Brexit’ – beside the climate emergency?

Climate activists, a uniformly bourgeois bunch as opposed to Brexit as they are to Trump voters, have rallied. Rising Up!, the group that was to launch Extinction Rebellion in 2018, staged its first ‘action’ in November 2016. And the teachers’ pets of the Climate Strike movement began theirs in the summer of 2018.

Sometimes they have positioned themselves explicitly against Brexit, or Trump. But often they don’t need to. Their climate-emergency message does the job implicitly, functioning, as it does, as an all-purpose means to diminish and even suppress the democratic ambitions of the revolting masses.