Climate alarmism is misleading the public

A new poll shows that many people think the planet is in a far worse state than it really is. 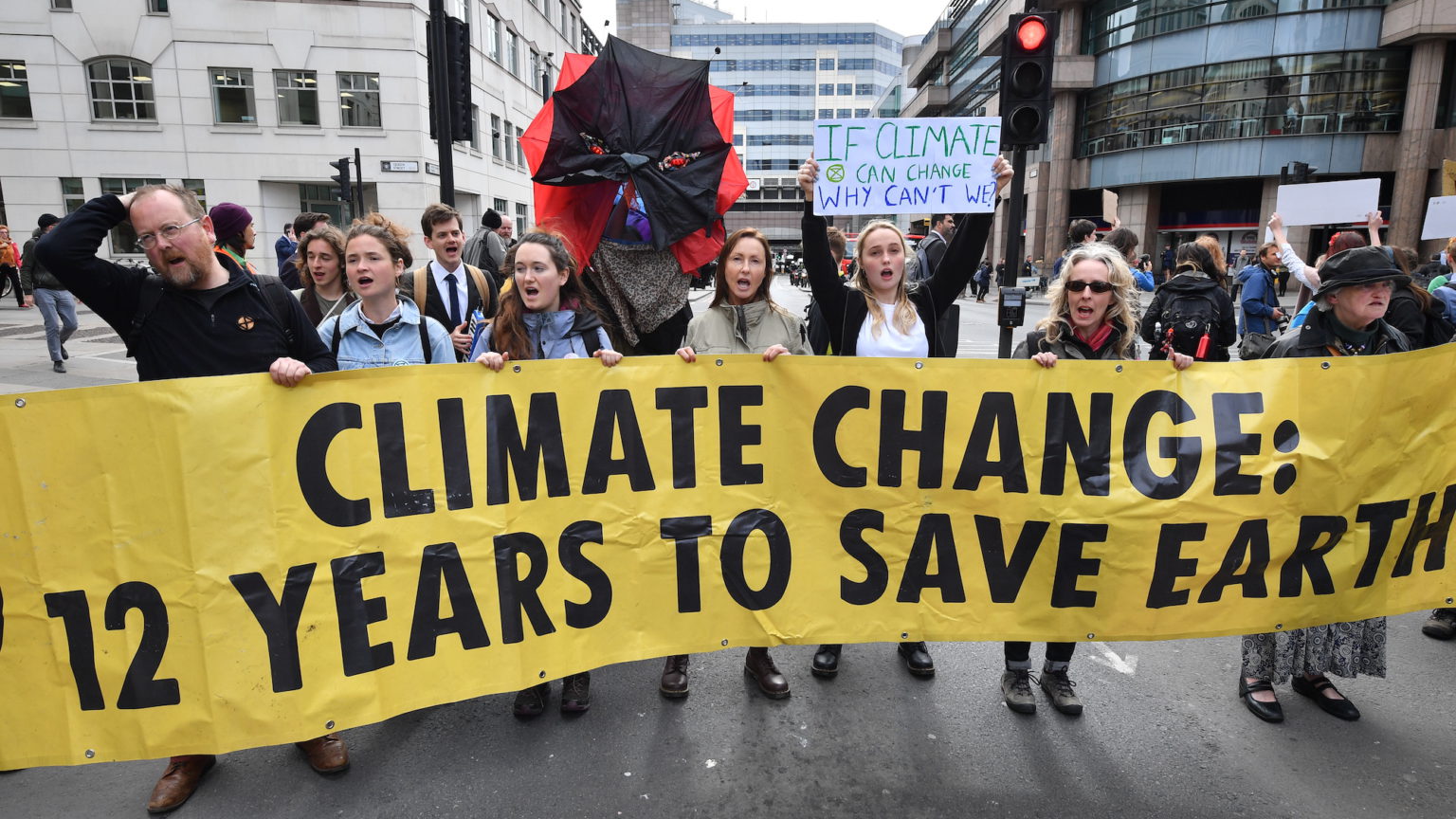 The British public has been subject to a consistent diet of climate alarmism for years. So perhaps we shouldn’t be surprised that just 8.8 per cent of the general public are aware of the truth about so-called extreme-weather events: namely, that the number of people dying from such events has fallen by 95 per cent since the 1920s, as data from the OFDA/CRED International Disaster Database shows.

This revelation about public perception of climate change comes from new polling by Savanta, commissioned by my organisation, the Global Warming Policy Foundation. The polling certainly shredded a few of the green lobby’s favourite myths, including showing that the young are, in general, less worried than the old about climate change. In fact, one in four Brits is ‘not concerned’ about the climate, contrary to claims of complete consensus on the issue (or ‘crisis’, as greens call it).

Maybe it has something to do with scaremongering headlines like these: ‘“Wilful ignorance”: Flood-hit Australia urged to rethink climate adaptation’; ‘Australia is being burned alive by the climate crisis – so why is it still promoting fossil fuels?’ and ‘Climate change: Extreme weather causes huge losses in 2020’.

That last report, from the BBC, stated that ‘the world continued to pay a very high price for extreme weather in 2020’. It had a terrifying, somewhat biblical tone, even referring to swarms of locusts sweeping Africa, before listing some truly terrible events no one would wish to make light of. By failing to put these events into historical context, it painted a picture of impending doom and worsening suffering and disaster that is not grounded in reality.

In fact, in decades gone by, deaths from natural disasters and floods were in the millions. Now they are in the tens of thousands. In 1931, for example, an estimated three million people died due to flooding. In 2019, just 11,000 deaths were attributable to all natural disasters. But the huge progress we’ve made does not get mentioned in the numerous reports on the threat of extreme-weather events.

Take the terrible bushfires in Australia last year. You would think, given the borderline apocalyptic coverage of them, that they were proof of an increase in the threat posed by wildfires. Yet while there is evidence to suggest ‘fire weather’ is becoming more common in certain areas, overall human-fire suppression efforts are working. They have led the annual global burnt area since 2003 to shrink by up to a quarter, as shown by NASA satellites.

The public understandably had no awareness of this fact, given it was rarely reported. Indeed, 39 per cent thought the total land area affected by wildfires had actually increased by a quarter since 2003. Only 16 per cent gave the correct answer of a decrease by a quarter.

Human intervention is working to counter other forms of disaster, too. Entire cities used to be wiped from the face of the earth by volcanoes, earthquakes and floods. Once upon a time, famines might wipe out whole villages without the outside world ever knowing or being able to help. Now, seismologists and volcanologists give us warnings. Rescue workers in helicopters and excavators pluck the unlucky from the water and the rubble. And aid workers bring food and relief over great distances in an instant.

Human striving, ingenuity and advancement should provide the context within which climate change is reported. But it almost never does. Those pushing the alarmist narrative need us to be frightened and thinking the worst. They need us to believe that humans cannot overcome the challenges facing us. The green industry depends on such alarmism.

The final question in our survey concerned the good news about global food production increasing by more than a third since 2005, according to the UN. We’re making more with less land and the apocalyptic predictions of global starvation made in the 1970s look increasingly fantastical.

The climate has always changed, due to natural and man-made reasons. But never before have we been better equipped to deal with such change. Alarmism and increasing censorship (in the media, online and from the government) around the climate means we are making decisions based on misconceptions and emotion rather than on facts and reason.

The danger is that the resulting green medicine could well turn out to be much, much worse than the disease. Net Zero is already negatively impacting on the economy, and the fear spread by the green doom-mongers is harming our mental health and faith in the future. Hopefully this polling can begin to expose the danger that alarmist reporting poses to the public and policymaking alike.