Lockdown has turned protesting into a crime

A nurse has been fined £10,000 for organising a protest in favour of a higher pay rise for NHS staff. 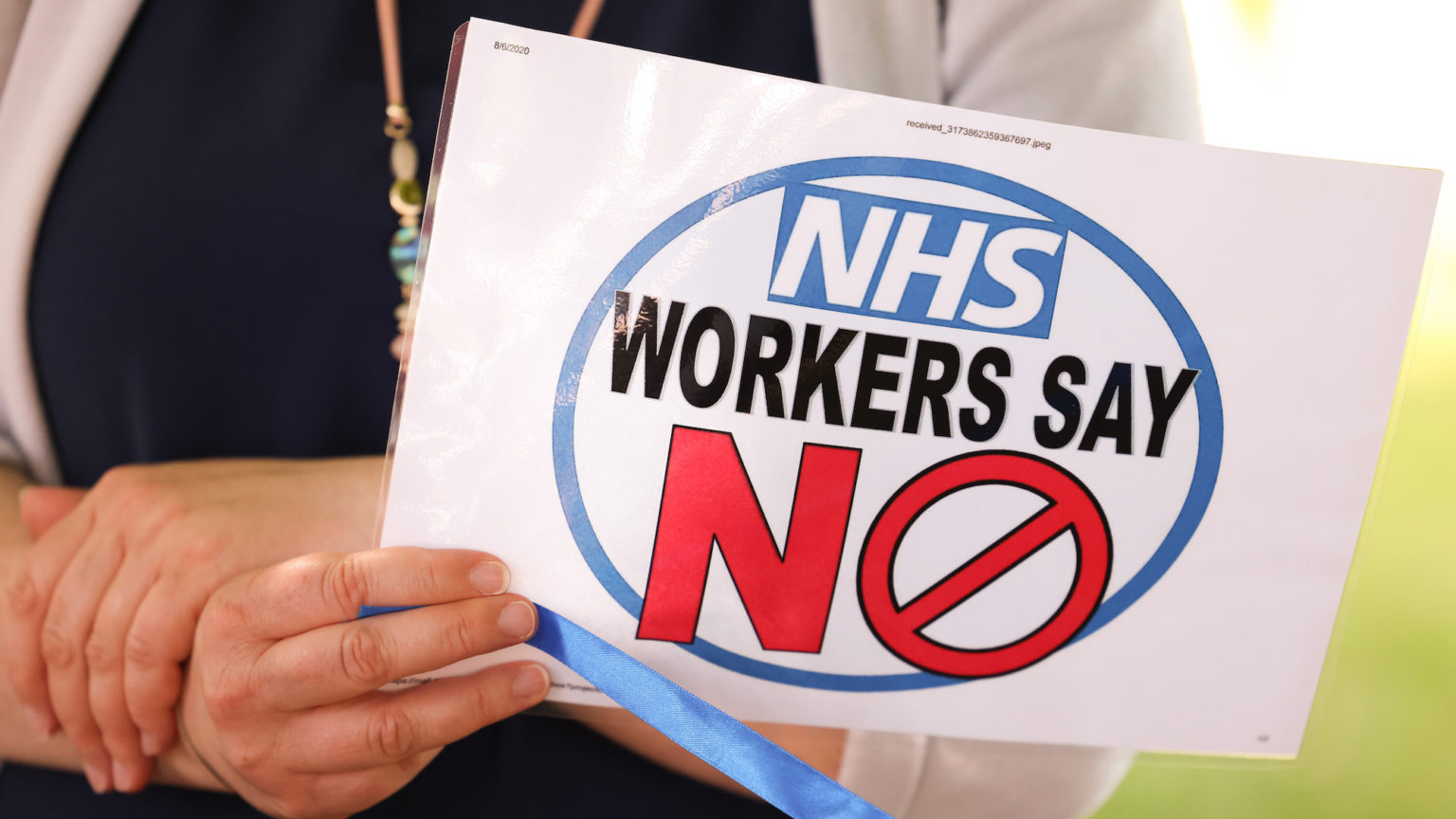 A 61-year-old nurse has been fined a staggering £10,000 for organising a protest against the government’s one per cent pay rise for NHS workers.

Around 40 people attended the socially distanced protest in central Manchester on Sunday to demand a larger wage increase (the one per cent pay rise figure is only slightly above the current rate of inflation at 0.7 per cent). A second woman was fined £200.

At the time of the protest, lockdown rules meant almost all gatherings of more than two people were against the law – including protests. (Lockdown rules have been relaxed slightly as of today, allowing some meetings outdoors, but a ban on mass gatherings like protests is still in force.)

Protests were essentially banned for much of 2020, too – before September, protests had no explicit exemption from lockdown rules. That exemption was brought in, but then removed ahead of the lockdown in November.

Concerns about the right to protest under lockdown have been largely dismissed. Only conspiracy theorists who spread misinformation had anything to fear, many argued. When Piers Corbyn was handed a £10,000 fine for organising an anti-lockdown protest in August last year, there was silence. When an elderly woman was manhandled into a police van for protesting against lockdown in November, few came to her defence.

But now that someone has been fined for protesting in favour of better pay for NHS staff, it will hopefully, finally become clear to everyone that the protest ban impacts us all. Even as Covid cases, deaths and hospitalisations have collapsed, the government is still criminalising protest.

The failure to defend the right to protest this past year – and to defend it for all, not just for those the great and good happen to agree with – has dealt a profound blow to our democratic rights. As long as there is a lockdown, all of our rights are in danger.