Protest for me, but not for thee

The left silence on the state’s clampdown on protest is deafening. 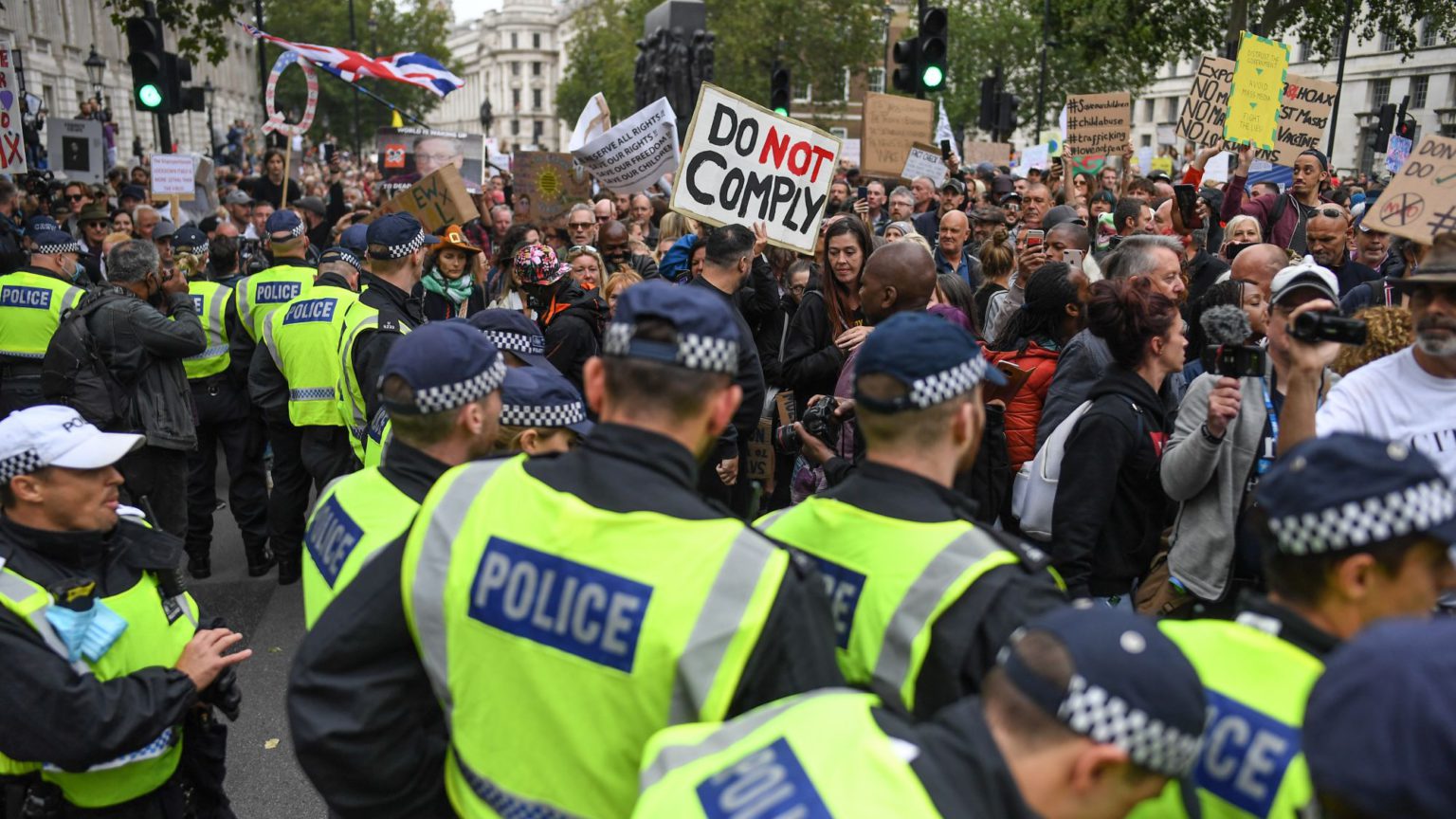 Remember the ‘Stop the Coup’ protests? Almost a year ago to the day, tens of thousands of people took to the streets of London and elsewhere to challenge Boris Johnson’s decision to suspend parliament for a few days longer than was usual, as it would limit the then Remainer Parliament’s ability to delay, stymie or even stop Brexit.

Protesters and commentators likened Johnson to a tinpot dictator and pompously likened themselves to those who fought and died for the franchise. It was a mass display of bourgeois hysteria, not to mention cognitive dissonance, given the overriding aim of these protests was to overturn the Brexit vote, the biggest electoral bloc in British political history.

But if you needed any more proof that those who raged against Johnson’s supposedly Orbanist curtailing of liberal democracy last year care nothing about liberalism or democracy, witness their silence right now. In the midst of the pandemic, key liberties and norms have in effect been suspended – most notably, the right to protest. And yet, crickets.

Last weekend Piers Corbyn, the even more mental brother of the former Labour leader, was fined £10,000 for organising an anti-lockdown rally in London, addressed by conspiracy theorists including David Icke. Under coronavirus regulations, gatherings of 30 or more people are banned, suspending the right to freely assemble, unless the event falls under an exemption.

That practically no one prominent on the left has thought to criticise this reflects many supposed leftists’ shameful lack of principle. That many of the key speakers at Corbyn’s ‘Unite for Freedom’ rally were undoubted cranks, and some in the crowd held up placards calling coronavirus a ‘hoax’, means it is apparently absolutely fine that they were clamped down upon.

The willingness of left-wingers to hand the power to punish protest to a government that they claim, in their more sassy moments, is basically Hitler is kind of odd. Perhaps deep down they never believed that Hitler bullshit. Or perhaps they recognise that, for now at least, it is only certain protests, those protests, that are being repressed.

Indeed, the day after Corbyn took to Trafalgar Square an anti-racist march from Notting Hill to Hyde Park went ahead unmolested. The police had threatened the organisers with arrest, then backed down, stating that, as a political organisation, they were actually exempt from the ban on gatherings. Quite why Corbyn and Co didn’t qualify remains unclear.

What’s more, the eco-loons of Extinction Rebellion are now four days into their 10-day series of protests and amdram hijinks, with the permission of the Metropolitan Police. Hundreds have been arrested for blocking roads and the like, but then getting arrested is one of their primary aims. (XR once issued guidance to protesters, saying they could do yoga in the clink to pass the time.)

When the Black Lives Matter protests exploded in Britain a few months back, again in breach of lockdown restrictions, left-wingers rightly argued that some issues are more important than following the new corona rules. But we cannot allow protests only to go ahead on the whims of the state, wary of clamping down on some protests but not others.

Indeed, at a time when the state has been gifted unprecedented powers, and the government is introducing new restrictions with little to no parliamentary scrutiny, our freedom to protest is more important to defend than ever. And to have any moral force, that defence cannot be based on whether we happen to like or agree with the protesters in question or not.

The problem is those to whom defending the right to organise and protest would usually fall — the left — care little for principle, and have become oddly invested in a Tory lockdown that they, if anything, say hasn’t gone far enough; a left that has spent years raging against an imaginary neo-fascistic authoritarianism, but is a primary cheerleader for this very real corona authoritarianism.

That it fell to a ragtag crew of 5G nutters to organise a demonstration against our authoritarian New Normal is deeply regrettable. As is the fact that when they were punished under restrictions that could so easily be used against any of us, too few have been willing to say boo about it. This ‘protest for me, but not for thee’ attitude puts all our liberties at risk.