What else would you expect from Ursula von der Leyen?

The EU’s vaccines fiasco is only the latest incident in a career full of failure. 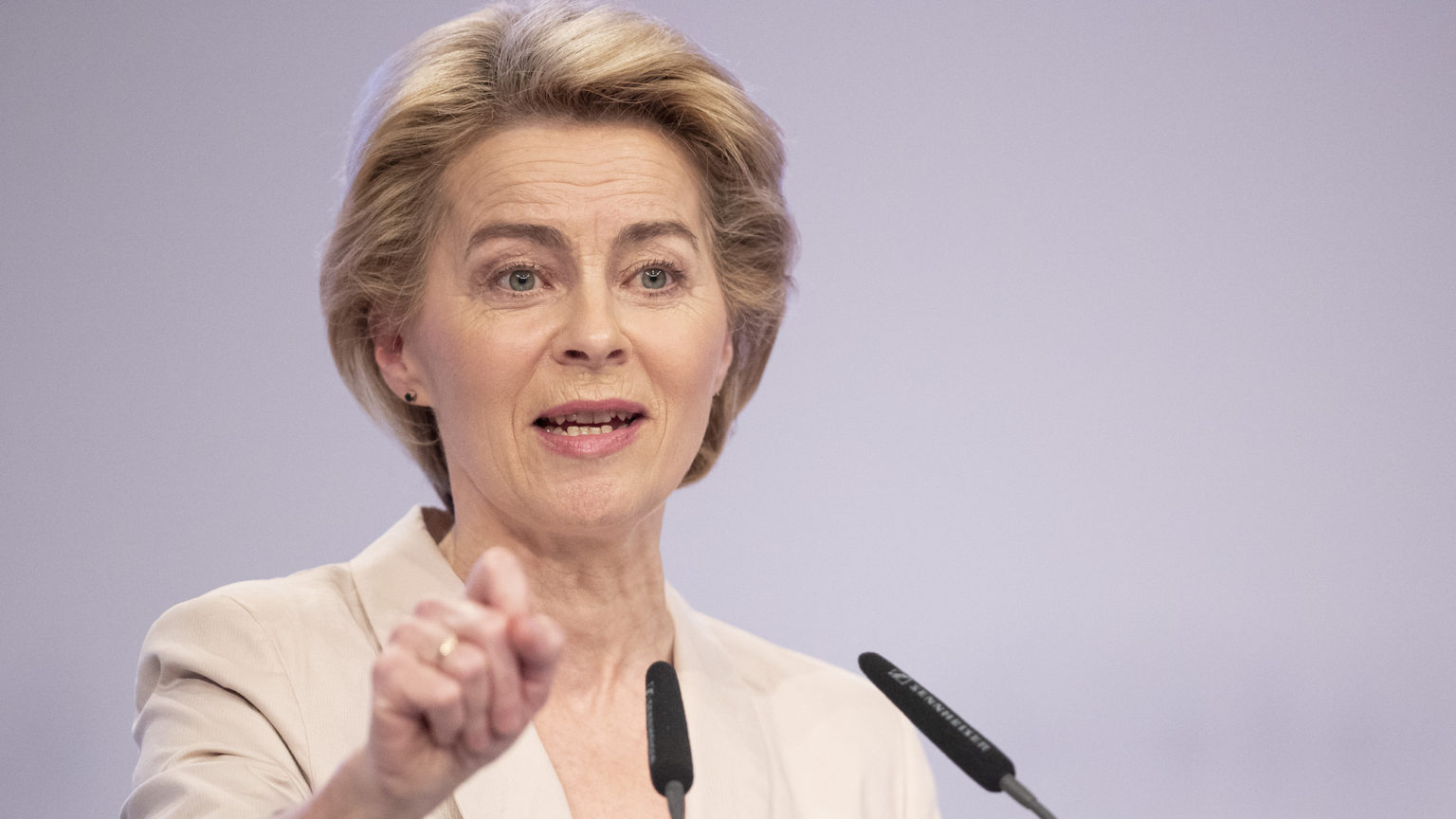 Early last week, Ursula von der Leyen took ‘personal charge’ of the EU’s vaccine programme. It was an eventful week, to say the least. Within days, she had achieved the rare feat of uniting the entire British Isles against her – Remainers and Leavers in the UK, Unionists and nationalists in Northern Ireland, alongside the British and Irish governments – after nearly imposing a hard border on the island of Ireland. Her decision to impose export controls on vaccines leaving the EU has drawn global condemnation, angering allies like Japan and Canada. Some have argued that the EU’s reputation will be damaged long-term, in the eyes of businesses and manufacturers, too.

Of course, von der Leyen is not the only one responsible for the EU’s spectacular public meltdown. The vaccine fiasco has been long in the making. And other European leaders, including French president Emmanuel Macron and sources from the German government, have added petrol to the flames by publicly casting doubt on the efficacy of the Oxford / AstraZeneca vaccine. But the most politically explosive decision on Ireland came from von der Leyen’s team and other senior Commission officials.

The coronavirus pandemic is the greatest challenge the EU has faced since it was founded after the Second World War. But it is currently led by a politician with a track record of failure and scandal. Von der Leyen has been in the job since July 2019. Even prior to the past week’s fiasco, commissioners, civil servants and other officials have been openly venting their distress with her leadership. Nobody should have expected anything other than disaster.

So how did she get the job in the first place? The process that led to von der Leyen taking up the presidency of the European Commission can only be described as a coronation. In normal, democratic elections, rival candidates put forward competing programmes for government. But von der Leyen was chosen without any input from European citizens. She was nominated after 50 hours of backroom talks and horsetrading among the leaders of the European Council.

And although EU parliamentary elections took place in May 2019 – which even included leadership debates for the Commission presidency – von der Leyen’s nomination only emerged six weeks after the elections. She then had just two weeks, and a single parliamentary speech, with which to sketch out a programme for government and convince MEPs that she should be in charge of an entire continent for the next five years. In a gripping one-horse race, von der Leyen managed to persuade a slim majority of just nine MEPs to confirm her in the top job.

Before von der Leyen was chosen to lead the EU, she served in Angela Merkel’s government as defence minister. She was once tipped as a possible successor to Merkel and as a possible president of Germany (though this is largely a ceremonial role). The military and its equipment were seriously degraded under her watch. On one infamous occasion, German soldiers were forced to train with broomsticks instead of guns. She also spent vast amounts of taxpayers’ money on external consultants. The contracts reeked of nepotism, though the evidence from her mobile-phone data was conveniently deleted before a parliamentary inquiry could properly investigate her.

By the end of her tenure as defence minister, von der Leyen had, unsurprisingly, become one of Germany’s least popular politicians. Fortunately for her, unpopularity is no barrier to a career in the EU, where democracy never gets a look-in. But as a member of the European aristocracy, she has only ever failed upwards. (Her husband is a descendant of the von der Leyen family of silk barons, whose factories, according to Karl Marx, were the targets of the first workers’ uprising in German history.) The EU is surely regretting its decision to foist her into the top job.

Von der Leyen could well be one of the worst people to be leading the EU, at the worst possible time. But it is the EU itself which shields her and the rest of the Commission from any meaningful accountability, and which facilitated her rise in the first place. Europeans deserve better.