A lockdown of the mind

Big Tech wants us to outsource all our thinking to the authorities. 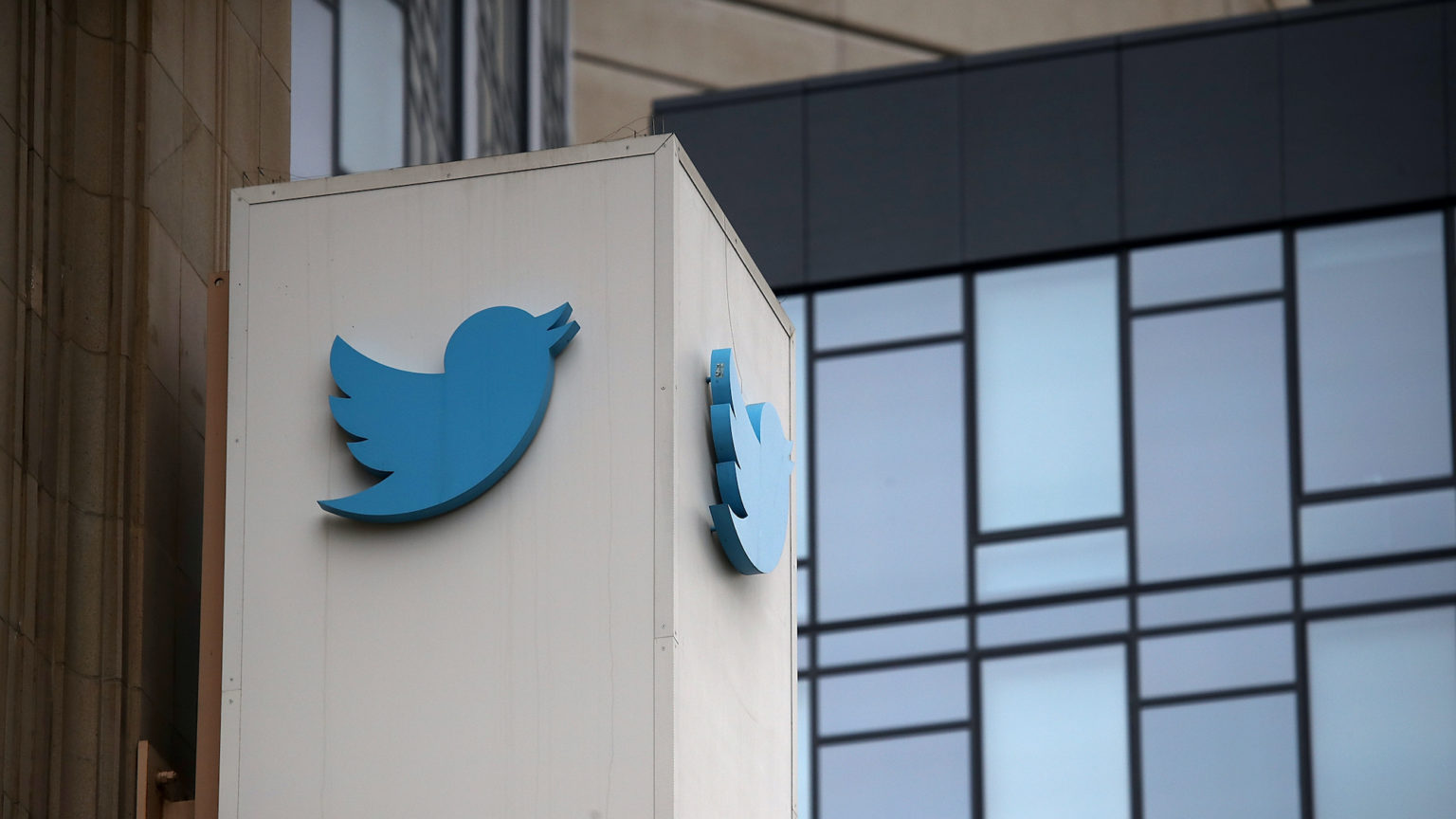 When the pandemic hit, as many of us were frantically searching empty supermarket shelves for the last remaining cans of beans, it finally dawned on us that our globalised dependency on international supply chains had left us vulnerable. As lockdowns forced us online, technology was praised as the source of our resilience. While our bodies were in lockdown, at least our minds could remain free. But the events of the past week should provide us with a similar wake-up call to our dangerous dependency on a few gargantuan, unaccountable companies which have assumed control our intellectual supply chains.

After the events on Capitol Hill, Twitter permanently suspended the account of the president of the United States. Donald Trump was also booted off all other major social-media platforms, including Facebook, Instagram and Snapchat. ‘If you can silence a king’, tweeted one of Twitter’s investors, ‘you are the king’.

Many try to argue that the tech firms are private companies, and the state has no right to prevent them from discriminating on ideological grounds. It’s a free market – users can always turn to an alternative provider. This might be true if the Big Tech firms weren’t already so powerful that they can simply cut off competitors who refuse to comply with their censorious demands. But Parler – an alternative to Twitter – has now been removed from the Google Play Store so that it could no longer be accessed by Android users. Apple followed suit and threatened to do the same unless Parler met its terms for moderating and removing ‘objectionable content’. Parler’s website has now been taken down completely as Amazon refuses to host it.

The trends that led to this cyber coup have been growing for some time, particularly in response to the coronavirus pandemic. In August last year, the World Health Organisation hosted its first conference on what it calls ‘infodemiology’. It wanted to figure out how to prevent the spread of ‘misinformation’ about the pandemic.

Despite the dystopian-sounding name, infodemiology began as the innocent study of correlations between online behaviour and events such as influenza outbreaks. But by August 2020, a new strain of infodemiology emerged from the WHO, alongside a new concept: the ‘infodemic’. ‘Like pathogens in epidemics, misinformation spreads further and faster and adds complexity to the health-emergency response’, the WHO argues. On its website, the WHO offers advice on how we can ‘protect’ ourselves from an ‘infodemic’. It warns us that ‘online information can negatively affect our psychology, daily lives and behaviour’ and may ‘even promote stigma, discrimination and violence’. According to this view, exposure to false information is literally harmful to us, and so international bodies, tech giants and governments must protect us from it.

The WHO has set itself up as the arbiter of truth. But it is known to have got things badly wrong. For instance, according to Germany’s intelligence agency, the BND, the WHO delayed confirming the role played by human-to-human transmission in spreading the virus, under pressure from the Chinese government. At the same time, the WHO also praised China for its ‘transparency’ and for ‘setting a new standard for outbreak response’.

Back in March, the WHO was telling us how we should and shouldn’t speak about Covid-19, warning us not to call it the ‘Chinese’ or ‘Wuhan’ virus. ‘Stigma’, the WHO director-general said, is ‘more dangerous than the disease itself’.

It’s important to remind ourselves of these mistakes because the Big Tech firms rely on the WHO’s authority to decide what counts as misinformation. Last week, YouTube removed (and then reinstated) talkRADIO from its platform, reportedly because it robustly challenges the government’s lockdown policy on a regular basis.

Although Michael Gove defended the broadcaster’s right to challenge the policy, the government’s plans for regulating social media will institutionalise exactly this kind of censorship. The Online Harms White Paper, for example, cites YouTube’s misinformation policy with approval. This policy defines ‘misinformation’ as anything that ‘contradicts local health authorities’ or the WHO.

In December last year, the Royal Society and British Academy called for ‘anti-vax’ disinformation to be made illegal. This was broadly supported by authorities, including the assistant commissioner of the Metropolitan Police and the leader of the Labour Party. As Radomir Tylecote pointed out on spiked, this idea of ‘mental inoculation’ against the ‘infodemic’ has gathered speed.

These policies are born of a paternalistic distrust of ordinary people, who are deemed to be incapable of discriminating between lies and truth for themselves, and apparently need companies and governments to protect them from exposure to misinformation. But far from making us more resilient to bad ideas, censorship actually diminishes our capacity to discern the truth. ‘It forgets’, Tylecote writes, ‘what inoculation is: an element of exposure to the infectious agent. So what people are proposing is not mental inoculation, but mental quarantine.’ Given the obvious fact that misinformation does exist online, it may seem necessary to lean on some authority to distinguish fact from falsity. But giving these authorities the final word leaves us vulnerable in the most fundamental sense.

In his 1945 essay, ‘Politics and the English Language’, George Orwell commented on the increasingly degraded state of our use of English. Describing a ‘tired hack’, who would be at home in any Covid press conference, he observed that the ‘appropriate noises are coming out of his larynx, but his brain is not involved as it would be if he were choosing his words for himself’.

The consequences of ‘gumming together long strips of words which have already been set in order by someone else’, Orwell argued, created a reduced state of consciousness that was ‘favourable to political conformity’. Words like democracy, freedom and justice are ‘often used in a consciously dishonest way’, as we have seen with those celebrating Big Tech silencing an elected US president in the name of defending democracy or protecting liberty.

Having followed China’s lead into lockdown, we seem to be sleepwalking into a lockdown of the mind as well. The walls of our intellectual world are closing in fast. While it may be comforting to outsource our thinking to Big Tech, the government or international authorities at a time of uncertainty, we could easily find ourselves intellectually trapped without the freedom to undo our mistake.

Emma Webb is deputy research director at the Free Speech Union and associate fellow at Civitas.