The EU now wants to colonise our minds

The Brussels bureaucracy is determined to impose its values on reluctant nations like Hungary and Poland. 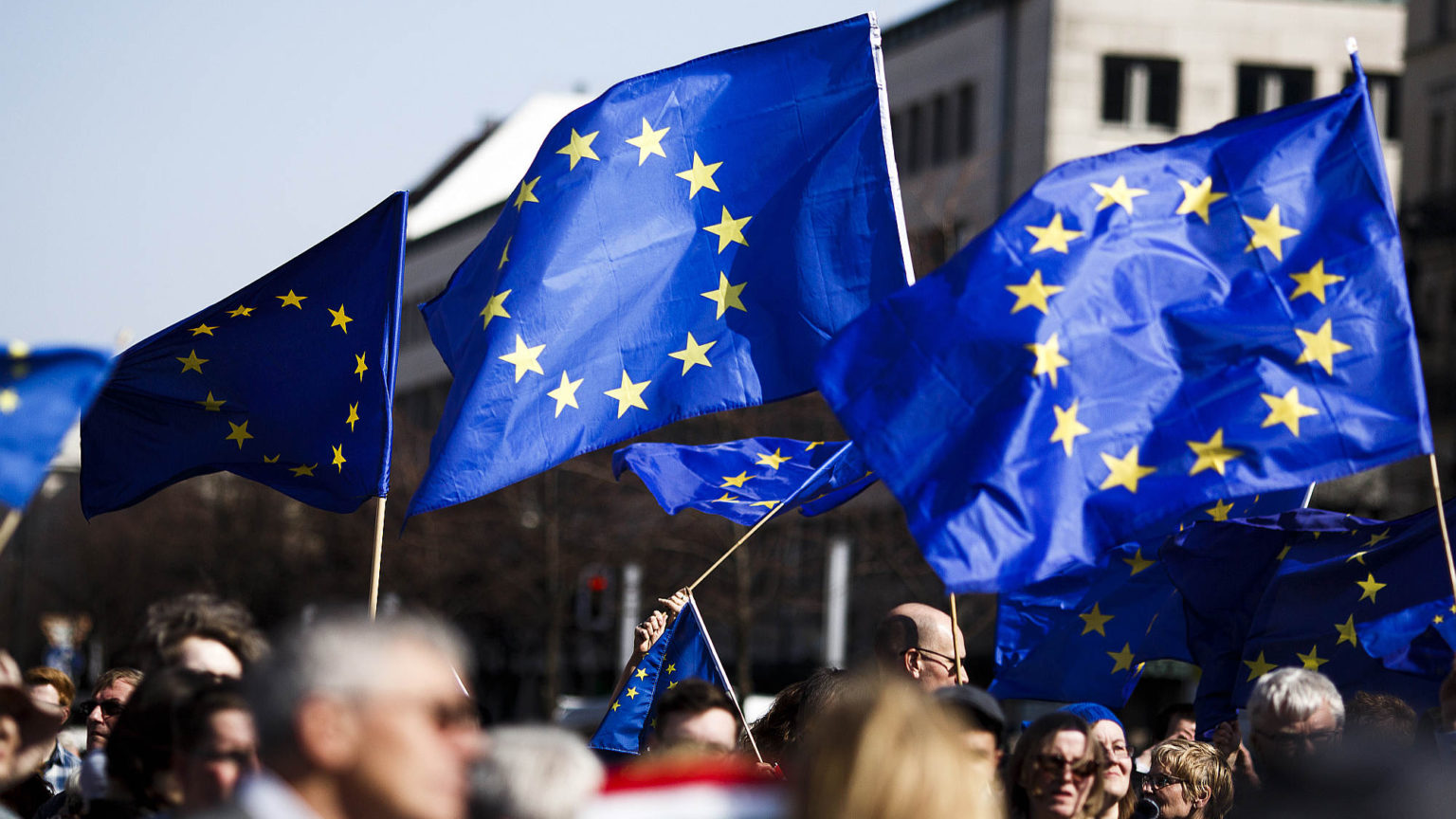 The rule of law is a foundational principle of democratic society. It is a principle which ensures that all individuals and institutions are protected by the rule of law. This protection extends to private-property rights and the right of individuals to exercise the freedoms laid out in their nation’s constitution.

Unfortunately, the EU has adopted a legalistic ideology that erodes the distinction between politics and the law. It is weaponising the rule of law in an attempt to force some of its member states to adhere to moral values that are alien to their own national cultures. The political philosopher Judith Shklar described the ideology of legalism as an outlook in which questions of morality are always reduced to simply following rules. This sums up the EU’s approach to the rule of law.

Over the past decade, the EU bureaucracy has been working behind the scenes on cobbling together so-called rule-of-law instruments to ‘safeguard fundamental values’. What the EU oligarchy means by ‘fundamental values’ are the latest fashionable ideals promoted by anti-traditionalist culture warriors. For example, the LGBTIQ culture, and the values associated with it, is now being instrumentalised by the EU against societies that feel uncomfortable with the ideologies promoted by woke identitarians.

The EU even has an Orwellian-sounding vice-president for values and transparency, who is in charge of policing values. The commissar for values is Věra Jourová. When, last month, the European Commission launched its ‘first-ever EU strategy for lesbian, gay, bisexual, trans, non-binary, intersex and queer (LGBTIQ) equality’, Jourová declared that ‘this is what Europe is about and this is what we stand for’. The implication was clear: her view of ‘what Europe is about’ is paramount and it is beyond debate.

Just in case anyone were to misunderstand how the rule of law is being weaponised as part of the EU’s values crusade, Jourová adopted the tone of an imperium magister. In July, in a lecture on the rule of law, she issued a warning: ‘I also want to repeat it here – the EU law has primacy over national law and [the] rulings of the European Court of Justice are binding on all national courts.’

Jourová and her colleagues have all but given up on the principles of subsidiarity and proportionality that were laid out in the original Treaty on European Union. When that treaty was enacted, no one imagined that Brussels would assume authority over the cultural, personal and family values of member states. Nor did most governments imagine that, one day, their cultural norms would be policed by a commissar for values and transparency. Until recently, governments believed that the EU oligarchy wouldn’t want to meddle in personal and cultural affairs that have no bearing on others outside the borders of individual member states. Now, however, the EU is demanding that its view of sexuality and its definition of gender must prevail over more traditional views that might exist within states. Especially states like Hungary and Poland.

In May, the European Commission escalated its campaign to turn the rule of law into a political weapon. It declared that countries that violate the EU’s ‘core values’ would be punished — their financial funding would be cut. Last month it went a step further and got the European Parliament to agree to what the Finnish minister for European affairs, Tytti Tuppurainen, has described as ‘rule-of-law conditionality’. Rule-of-law conditionality really means that the EU oligarchy has the authority to dictate how Hungarians and Poles should live their lives. And if Hungarians and Poles were to push back and reject the commissar’s values, they would be punished with a severe financial blow. The rule of law is turned into both a cultural and a political weapon to be wielded against governments that take their national sovereignty seriously.

This mission to harness the power of rules to promote certain values is a dangerous enterprise. Controversies over values cannot be reduced to an issue of ‘rules’. For centuries, enlightened governments have recognised that matters of morality and conscience must, whenever possible, be protected from values policing. The very ideal of tolerance – a foundational principle of an enlightened society – recognises the right of people to live in accordance with their conscience. A tolerant culture recognises that values should not be imposed on people.

The use of rules to impose moral conformity is driven by a totalitarian impulse that disregards the moral autonomy of the individual and which seeks to shut down ‘dissident’ values. That is why an integral element of the EU’s LGBTIQ strategy is to extend the list of ‘EU crimes’ under Article 83 (1) of the Treaty on the Functioning of the European Union. The expansion would include new forms of hate crime and hate speech, including when the targets are LGBTIQ people. In essence, this means that opinions that question the EU strategy on LGBTIQ will be criminalised and shut down.

The ideology of legalism presumes that legal claims are more important than moral ones. Yet there is nothing inherently moral about following rules that are imposed on you. Hannah Arendt drew attention to the dangers of blind legalism in her discussion of the trial of Adolf Eichmann. In that case, blind obedience to the rule of law had catastrophic consequences. In the case of the EU, the consequences of unquestioningly accepting Brussels’ newly invented rules are far less severe, of course — it merely involves acquiescing to being morally colonised by the EU oligarchy.

The rule of law is not only being weaponised to punish Hungary and Poland. Rather, these new rules – such as those that emanate from the EU’s LGBTIQ strategy – are also about changing attitudes more broadly and policing the language and behaviour of people across the EU. In keeping with the idea of ‘expressive law’, these rules play an important symbolic role, in that they send a signal about what is good, legitimate behaviour. Expressive laws endorse certain values and demonise others. So the EU’s new strategy celebrates the values associated with trans culture and stigmatises those who uphold the binary distinction between the two sexes; the idea that there are men and women.

Expressive laws are designed to send a message. In May, the EU’s celebration of the International Day against Homophobia, Transphobia and Biphobia communicated a clear message: that these cultural crimes, these phobias, are a threat to core European values.

Historically, expressive laws were an attempt to give meaning to pre-existing customs and norms. In the 21st century, however, expressive laws are often less about upholding traditional customs, and more about discrediting them. EU bureaucrats’ obsessive interest in gender politics is in part motivated by their determination to marginalise traditional values in relation to family, marriage, sexual relations and the upbringing of children. And through attacking these values, the EU also calls into question the core value upon which the exercise of these traditional ways of life depends — that of sovereignty. It is no surprise that in a roundabout way the rules legitimating the new politics of gender end up calling into question the sovereignty of Hungary and Poland and their right to promote more traditional, family-oriented values.

One of the purposes of the EU’s new expressive laws is to try to resolve the EU’s own internal crisis of legitimacy. Ever since the end of the Second World War, supporters of European federalism have always been concerned about the weak normative foundation on which their project rested. This weakness has been widely recognised, and in the absence of moral authority the EU has increasingly come to rely on the authority of the law. Its legalistic ideology relies on passive obedience, and in some cases forced obedience, rather than on genuine moral motivation.

But the EU’s rules, constructed through policymaking and deliberation, cannot match the influence of values and norms that have been cultivated over generations in various countries. The EU oligarchy recognises this — that is why it has so wholeheartedly committed itself to criminalising the traditional values of certain nations.

History shows that, on their own, administratively created rules and procedures always lack the moral depth necessary to give meaning to human life. That is why the EU’s attempts to transform its politicised rule of law into a sacred value are bound to fail. What we have in the EU right now is not a genuine embrace of the rule of law, but a promotion of the law of rules.