The ‘Trump is Hitler’ meme collides with reality

The use and abuse of the word fascism these past four years has done real damage. 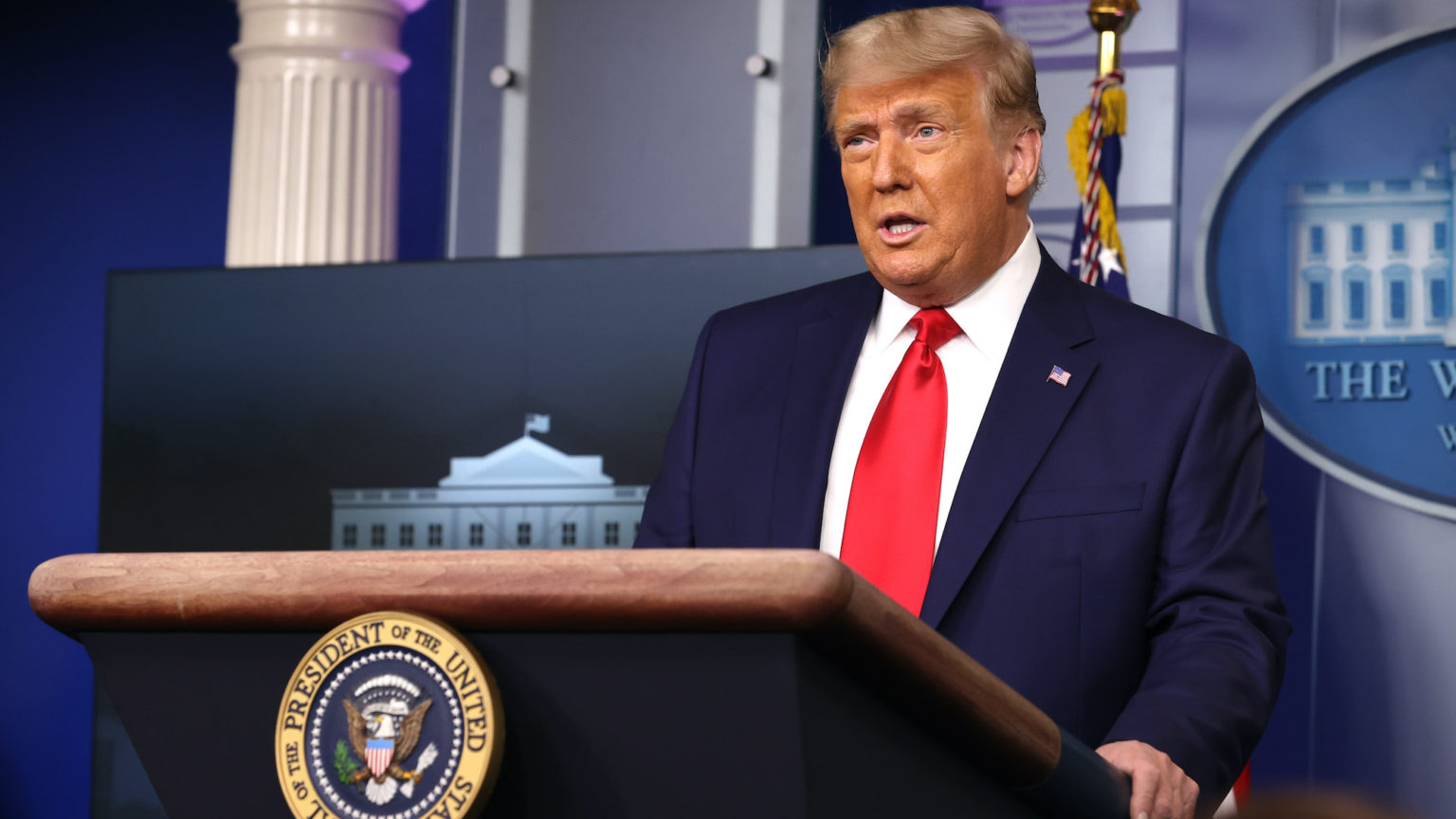 So this is how America’s ‘fascist’ presidency ends — with the peaceful transfer of power.

This is the news that Donald Trump has kind of conceded the US presidential election to Joe Biden. With Trump’s blessing, the official transition process has begun – though he is continuing to claim the election was ‘rigged’.

The Trumpist tantrum over the 2020 election result – the increasingly absurd, evidence-free attempts to prove the Democrats stole the White House via mass electoral fraud – seems finally to be colliding with reality.

But so is another absurd idea, entertained by many supposedly sensible people since before Trump won in 2016. The idea Trump is essentially a fascist intent on keeping his manicured hands on state power forever.

Ever since Trump arrived on the political scene, the Hitler comparisons have flown. ‘Donald Trump is actually a fascist’, ran one not-so-subtle headline in the Washington Post, while Britain’s Independent opted for the more charitable ‘he’s not Mussolini or Hitler just yet – but he’s not far off’.

In the weeks before the 2020 election, the Proud Boys – a pro-Trump group whose boozed-up members show up at protests to brawl with Antifa – were ludicrously elevated into some paramilitary group, waiting in the wings to forcibly keep Trump in power.

Just contrast all that with the takes we’re seeing now. Ever since Joe Biden’s decisive election victory, with some lurid exceptions, the response from the liberal media has been more snarky and triumphalist than anything else.

Even as Trump’s legal team has continued to refuse to concede, concocting ever more absurd stories of the vote being hijacked by George Soros and the late Hugo Chavez, the tone has been one of well-earned derision.

‘Can this get any more pathetic?’, ran one New York Times headline in the wake of that press conference last week, at which Trump’s lawyer, Rudy Giuliani, sweated out his hair dye as he made his insane claims.

So either Trump’s post-election coup is not nearly as sophisticated as elite journalists were expecting, or they never believed their own bullshit about Trump and fascism in the first place. Neither speaks well of them.

To take issue with the ‘Trump is Hitler’ meme is not to squabble over semantics or overheated partisan rhetoric. It has been immensely damaging to politics over the past four years, for a few reasons.

First, it has made criticising the Trump administration in a clear-eyed way virtually impossible. Rather than attack Trump for the wrongheaded things he was actually doing, pundits constructed fantasies of a new 1930s. Much time was lost arguing the toss over their fever dreams rather than discussing what was actually happening.

Trump’s years spent sowing doubt in the electoral process is a case in point.

His refusal to recognise any election result that doesn’t go his way – he also claims he won the popular vote in 2016 – is genuinely shameful and anti-democratic. But as the past few weeks have shown, these are more egotistical rants than serious threats to American democracy.

Second, it has downplayed the ills of the political elites who preceded Trump. Anyone who joined the anti-Trump ‘Resistance’ was hailed as a hero – even warmongering Republicans responsible for inflicting genuine fire, fury and bloodshed on innocent people around the world.

Similarly, the Trump administration’s detention of migrants at the southern border was time and again held up as uniquely fascistic. Democratic Congresswoman Alexandria Ocasio-Cortez accused Trump of running ‘concentration camps’.

But while Trump’s family-separation policy was brutal, the detention centres run during Barack Obama’s tenure were hardly pleasant. Indeed, the ‘it’s only bad when Trump does it’ routine reached its embarrassing nadir when leading Democrats unwittingly tweeted an image of caged migrant children dating from 2014.

But more than all that, more than an assault on common sense and rational debate, the Trump-Hitler stuff has been a vile assault on historical memory itself.

As Brendan O’Neill wrote on spiked last week, the tendency among some liberals to liken politicians they dislike to Nazis and policies they dislike to the Holocaust relativises the greatest crime in human history, diluting its unique depravity and historical specificity.

Now the ‘Trump is Hitler’ talk has been exposed for what it always was – a mix of elite hysteria and desperation to de-legitimise the election of a president that the liberal establishment loathed.

But as faintly ludicrous as it has all been, it has come at a serious cost.