Mandarins are using the language of the playground to try to wound the elected government. 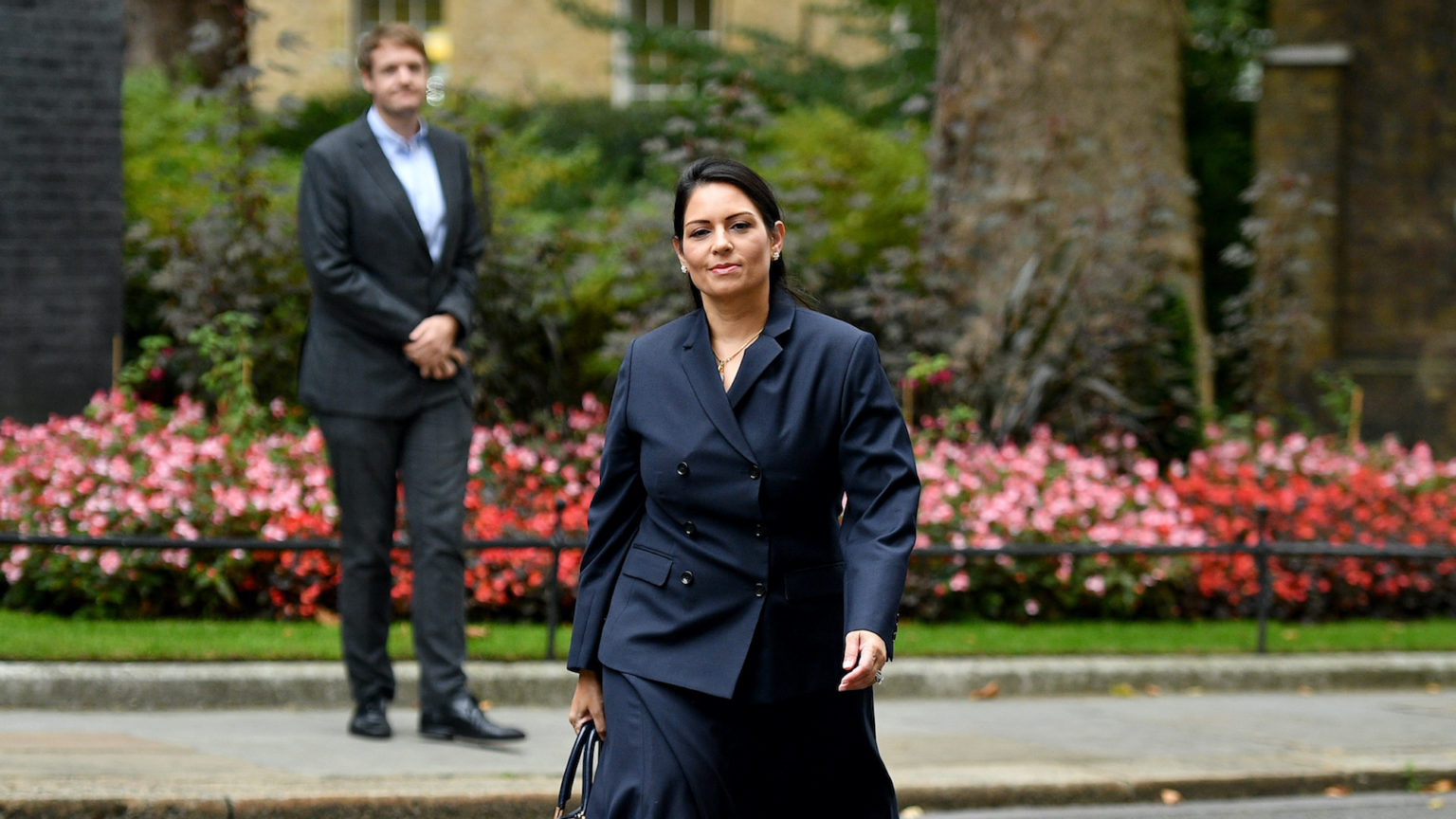 Just when you thought the civil service could not debase itself any further, here comes the Priti Patel bullying scandal. The competition is tough in 2020, but watching seasoned, supposedly hard-nosed functionaries at the Home Office bleat about being bullied might just be the most tragic-cum-hilarious political sight of the year. These people are in charge of securing our nation? And they can’t even handle being told to fuck off every now and then without taking time off to tend to their emotional wounds? God help us.

The Patel bullying scandal – the real scandal is that fiftysomething adults are using the word ‘bullying’ to describe being put under pressure in the workplace – is back in the news because Sir Alex Allan, Boris Johnson’s adviser on ministerial standards, has concluded his investigation into Patel’s allegedly tyrannical reign at the Home Office. He found that she sometimes shouted and swore at mandarins. Fetch my smelling salts! She broke the ministerial code, he says.

Boris disagrees. He’s questioning the idea that Patel is a bully and says he has ‘full confidence’ in her. Sir Alex has resigned in a huff. Patel has made a ‘fulsome apology’ if her behaviour in the Home Office caused anyone to feel offended or stressed. And the liberal media, naturally, have had a field day. They loathe Patel, jumped-up, state-educated, Indian-descended woman that she is. Or ‘madam’, as the Guardian’s resident aristocrat, Marina Hyde, tellingly refers to her. A woman of colour with right-wing views? That makes her an outrage in the eyes of the woke elites, a racial traitor, an Uncle Tom. So naturally they’ve all bought into the idea that she’s a nasty bully who needs to be kicked out of government and put back in her lower middle-class immigrant box.

The whole thing is ridiculous. Patel is not a bully – she’s merely doing her job, which is to try to whip the notoriously dysfunctional Home Office into shape. That will necessitate shouting at people. A lot, I would imagine. The accusations against Ms Patel are painfully embarrassing, not for her but for the people making them. Apparently she has a habit of storming out of her office and asking why everyone is so ‘fucking useless’. Good question! Why is the Home Office so fucking useless? That isn’t bullying; it’s a perfectly legitimate enquiry that millions will nod along to as they keenly await the answer.

Everyone (except the people who work there, it seems) knows the Home Office is ‘fucking useless’. Consider the Windrush scandal, that hellish act of anal bureaucracy that led to the deportation and propulsion into despair of numerous Brits from the Caribbean. In 2008 a Home Office contractor lost a memory stick containing the details of 130,000 of Britain’s worst criminals. Between 1999 and 2006, 1,023 foreign-born offenders, including five paedophiles and nine rapists, were released from British jails and the Home Office forgot to carry out the normal procedure of assessing whether they should be deported. No wonder Labour home secretary John Reid said the Home Office was ‘unfit for purpose’. ‘Fucking useless’ is just a Watford girl’s more colourful version of that.

Patel’s real crime, as the Sun’s Trevor Kavanagh says, is that she (allegedly) said all this to mandarins’ faces. She didn’t break the ministerial code. She broke the ridiculous stricture on telling the ‘fucking useless’ civil service that it is ‘fucking useless’. The Home Office is a law unto itself; it frequently chews up and spits out the politicians that the elected government appoints as home secretary. ‘The curse of the Home Office’, as it was called when Jacqui Smith followed Charles Clarke and John Reid into the post-Home Office wilderness. In staying in the Home Office – though rumours are rife that she’ll be demoted in a reshuffle next year – Patel is defying mandarins who arrogantly see this institution as their dominion.

This daft bullying scandal tells us a great deal about British politics in the 21st century. First, it confirms that the use of the word ‘bullying’ has reached a dizzyingly promiscuous level. My view is that no one over the age of 16 should use the word bullying. Certainly well-paid civil servants who are meant to be holding the line against crime and terrorism should not use it. If they wilt at being bollocked by a diminutive politician, how can we trust them to stand firm against nutters who want to harm the British people? Get a backbone. Occasionally hearing the f-word or being asked to work late – one of the things the mandarins have complained about! – is the price you pay for working in the Home Office.

Secondly, there’s the hypocrisies of identity politics. Isn’t it striking that Patel enjoys none of the protections of political correctness? If any other political woman of colour was being referred to as a bully by largely white middle-class blokes, it would be thinkpieced to death. ‘She’s only being called a bully because she dared to stand up for herself against WHITE MEN’, we’d be told endlessly.

There’s been none of that in relation to Patel. She’s just a bully, no questions asked. This confirms the ruthlessness of identitarianism. Any member of an ethnic-minority group who holds the ‘wrong’ political views is cast out, never defended, never taken seriously. Also, Patel is of Indian Hindu heritage, and to the racially myopic identitarian left that makes her ‘privileged’, and therefore bad. Identitarians’ hatred for Patel, their description of her as a minister with ‘brown skin wearing [a] Tory mask’, confirms the extent to which woke racial correctness is helping to rehabilitate actual racism.

And thirdly, there’s the increasingly bitter role being played by the civil service. These people must think we were born yesterday if they think we won’t recognise that this is all political. The mostly anti-Brexit Whitehall machine has been bristling against Boris and his administration since they came to power last December. Many mandarins just don’t like the political views or cultural style of people like Boris and Patel and so they are resisting and moaning and claiming to feel bullied. Well, tough. This government was elected by 14million people. When its ministers tell you what to do, that isn’t bullying – it’s democracy.