Critical Race Theory divides us all

This hyper-racialised worldview is having an alarming influence on our institutions. 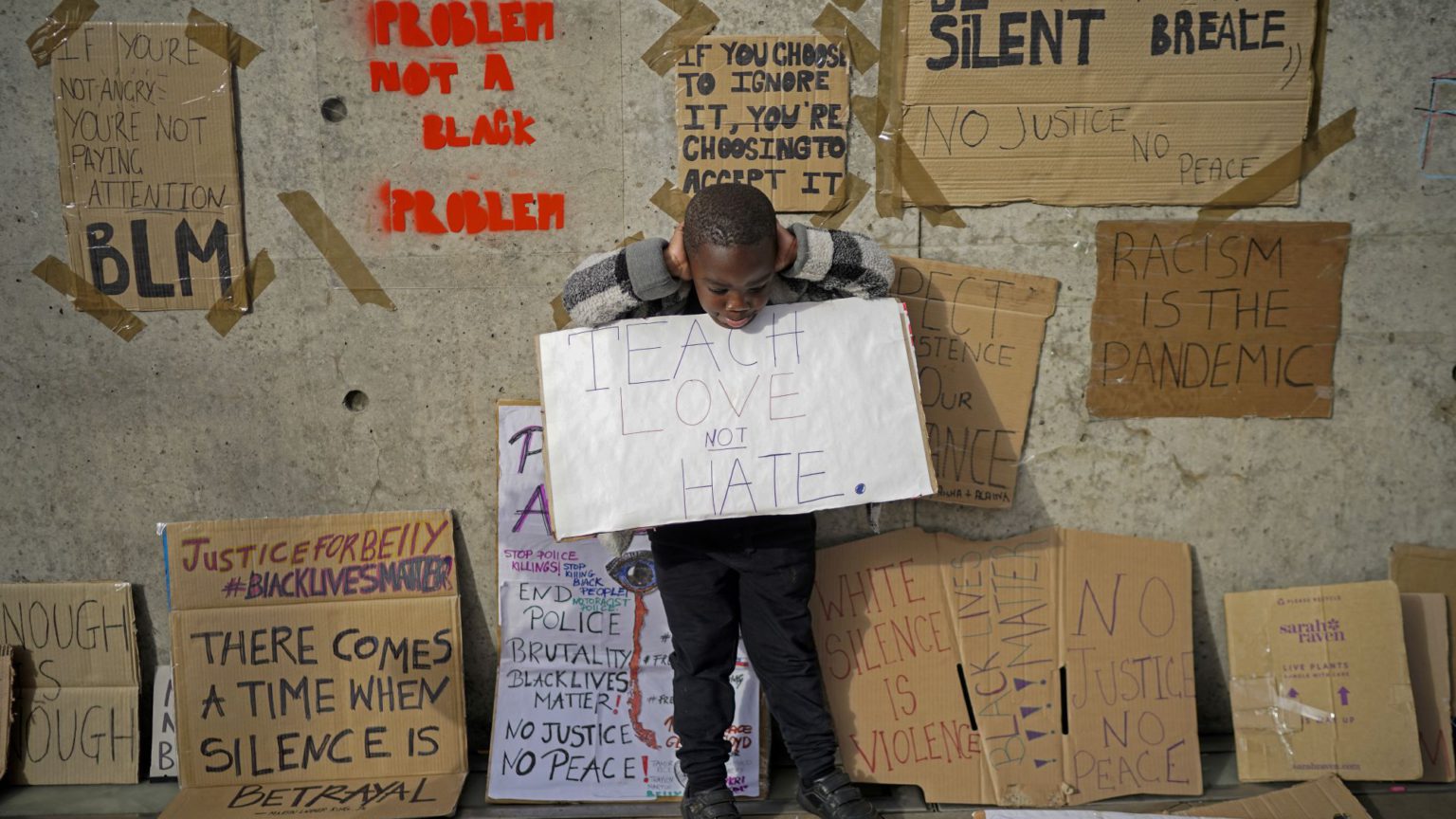 ‘We do not want to see teachers teaching their white pupils about white privilege and inherited racial guilt’, said women and equalities minister Kemi Badenoch during a Commons debate this week on Black History Month. ‘And let me be clear, any school which teaches these elements of Critical Race Theory as fact, or which promotes partisan political views such as defunding the police without offering a balanced treatment of opposing views, is breaking the law.’

Badenoch’s address was welcome confirmation that section 406 of the Education Act 1996, which requires teachers to be politically impartial in the classroom, applies to Critical Race Theory. Her statement should not be in any way controversial; anyone with even a cursory familiarity with CRT understands that it is fundamentally political, something that its proponents would never deny. Even so, Badenoch has predictably come under fire from identity-obsessed academics and journalists. Some have even berated the minister for opposing free speech, which simply shows that their grasp of the concept is severely limited. Like any other profession, teachers are obliged to fulfil the requirements of the job. It would be like a biology teacher refusing to cover the school curriculum, instead devoting all his lesson time to the reproductive anatomy of hens, and then declaring himself a free-speech martyr when fired for gross incompetence.

All Badenoch is saying is that political theories should not be taught as though they are incontestable, which happens to be a legal obligation. In one sense, the teaching of Critical Race Theory is an excellent idea, given that pupils should be able to understand how this divisive and destructive ideology has managed to infiltrate all of our major cultural, political and educational institutions. What better way to explore the concept of groupthink, the corruption of academia, and the bizarre phenomenon of activists who promote racial division in the name of anti-racism, than by studying a deeply flawed and yet hugely successful text such as Robin DiAngelo’s White Fragility?

Critical Race Theory is underpinned by a number of suppositions. The first is that race is the defining principle of the structure of Western societies, and that ‘whiteness’ is the dominant system of power. Racial inequality is considered to be present in all conceivable situations, which is why literally anything can be problematised as racist, including breakfast cereals, the countryside, yoga, cycling, tipping, veganism, traffic lights, classical music, Western philosophy, free speech, interior design, orcs, mermaids, punctuality, beer, bras, botany, and even The Golden Girls.

Where racism is not immediately obvious, it must be assumed to be latent, and only those trained in Critical Race Theory are qualified to detect it. Often, when data explicitly show that racism in institutions is virtually non-existent, the notion of ‘lived experience’ – what used to be called anecdotal evidence – is invoked to prove the opposite. This is why the Guardian was able to run an alarmist front-page headline – ‘Revealed: the scale of racism at universities’ – even though the statistics cited in the article itself revealed that racism in higher education is vanishingly rare. Even in a society such as ours, where to be openly racist quite rightly makes one a pariah, to ask for evidence of systemic racism is taken as complicity in white supremacy.

Critical Race Theory, then, offers us an alternative vision of society, one that is pessimistic, regressive and opposed to material reality. It asks us to believe that racism is normalised and predominant, even though studies show that the vast majority of people in Britain are opposed to any form of racial prejudice. It suggests that the progress made since the civil-rights movements of the 1960s is a mirage, and that racism has been subsumed into all strata of society and that only through critical methods can it be revealed. The discourse of ‘anti-racism’ invites us to be proactive in this process of discovery. As attractive as it sounds – what kind of person wouldn’t describe themselves as anti-racist? – the concept deems activism as the only option for the enlightened. ‘There is no in-between safe space of “not racist”’, writes Ibram X Kendi. ‘The claim of “not racist” neutrality is a mask for racism.’ In other words, if you claim to be ‘not racist’ that makes you a racist.

Critical Race Theory advances a hyper-racialised approach to human interaction, one that discards the achievements of Western culture as white supremacist and essentially oppressive. This is why it favours historical revisionist endeavours such as the 1619 Project, but also seeks to ‘decolonise’ curricula in universities and schools. It is now one of the most powerful forces in public institutions. Even the British Library has a ‘Decolonising Working Group’ which hopes to review its collections and remove statues of its founders. One of the group’s more bizarre findings is that the library’s main building is a monument to imperialism because it resembles a battleship.

All of which amounts to a belief system that is as maddening as trying to ascend a staircase designed by MC Escher. Like all offshoots of postmodern thought – such as intersectional feminism, disability studies, fat studies and queer theory – incoherence is built into CRT’s core principles. The obscurantism is part of the point. It enables the well-versed to befuddle the layman with jargon, thereby giving vacuous theories the impression of substance. Activists rely on the ambiguity as a get-out clause to make statements that are bound to be interpreted as hostile. This is why Cambridge academic Priyamvada Gopal can tweet phrases such as ‘abolish whiteness’ and ‘white lives don’t matter’ and then blame those who are offended for being insufficiently schooled.

Many advocates of Critical Race Theory are doubtless well-intentioned, but that is little consolation for its deleterious effects on society. Since the death of George Floyd, numerous school authorities have embraced an ideological position that they barely understand, and teachers throughout the country have been advised to read the work of contentious authors such as DiAngelo and Kendi. Those who would deny that schools are modifying their policies in accordance with Critical Race Theory will have to explain why Channel 4 was able to make an entire documentary about a school that has done precisely that.

It will be interesting to see if Badenoch’s speech will have any broader repercussions in the corporate world or in higher education, where elements of Critical Race Theory have already been adopted as official policy, including mandatory ‘unconscious bias’ and ‘white privilege’ training. At next week’s University and College Union (UCU) conference, some of the submitted motions call for compulsory support for the BLM movement, the implementation of ‘anti-racist’ practice, and the decolonisation of curricula. If the activists get their way, it could have grave consequences for academic freedom and diversity of opinion in our universities.

Badenoch is right to clarify the legal obligations of teachers, particularly at a time when even to raise concerns about Critical Race Theory is to risk being branded a racist. As she pointed out in a recent interview in the Spectator: ‘It’s getting into institutions that really should be neutral: schools, NHS trusts, and even sometimes the civil service.’ We all share the desire to ensure that racism is challenged and defeated wherever it occurs, but this goal will never be reached through an ideology that exacerbates racial tensions and insists on division rather than unity.