How a supermarket got woke 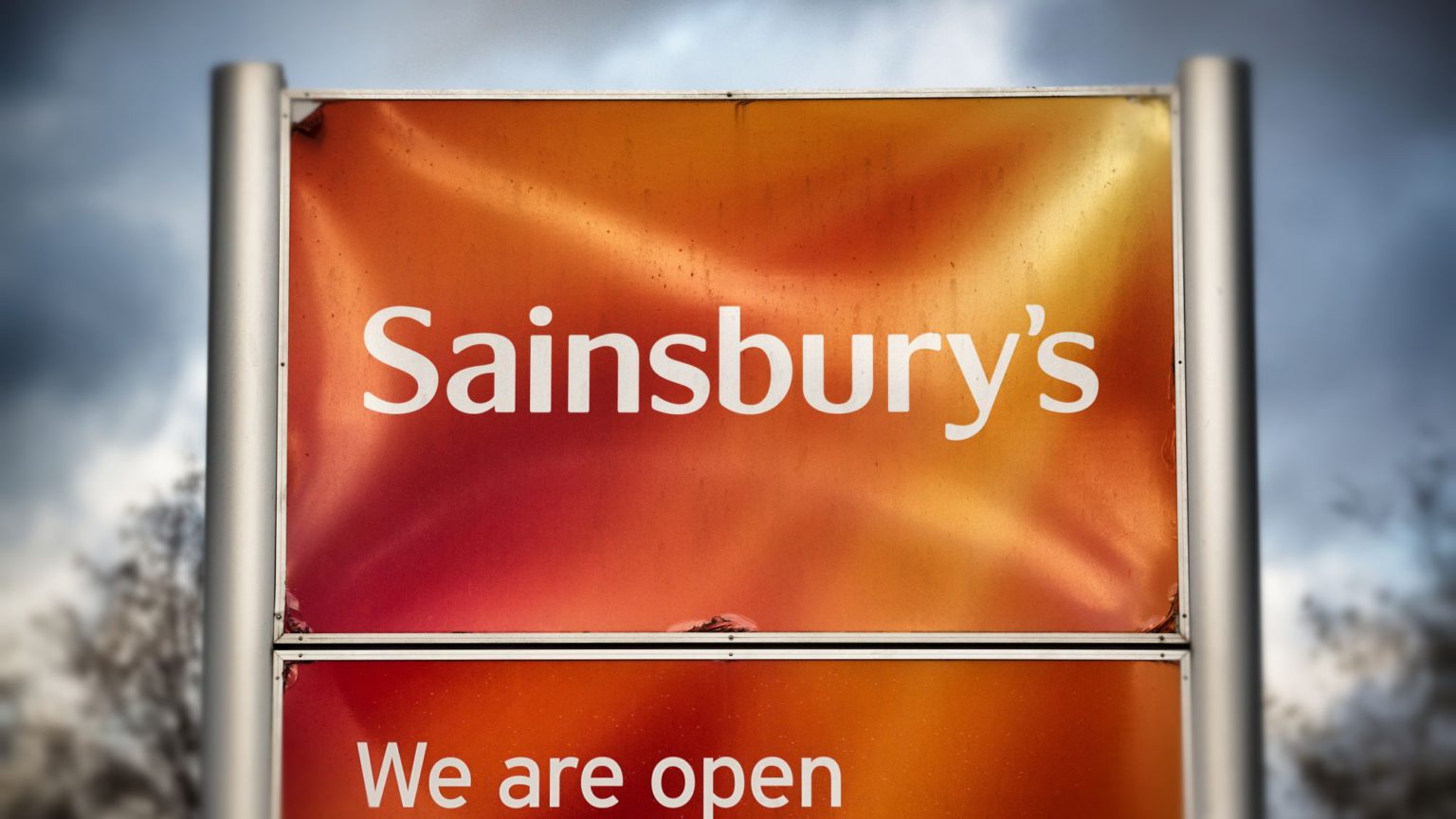 I suppose it was only a matter of time before the supermarkets got woke. Amid the politicisation of absolutely everything, the identitarian culture war engulfing seemingly all areas of life, even peddlers of cabbages, yoghurt and frozen pizzas feel obliged to parade their fealty to the new orthodoxies.

At the end of last week, Sainsbury’s made a big song and dance about its plans for Black History Month, which has just got underway in the UK. Nothing wrong with that, of course. But it also strayed further into more identitarian territory, and got remarkably defensive when it was called out for doing so.

In a statement, explaining what it was doing to support black workers, it said it had provided them with ‘a safe space to gather in response to the Black Lives Matter movement’. There was also some burble from its ‘board member for ethnicity, religion and belief’ about it being ‘time for us to come together and drive change’.

It also tweeted a graphic, which read: ‘We proudly represent and serve our diverse society and anyone who does not want to shop with an inclusive retailer is welcome to shop elsewhere.’ Essentially it suggested that those who may have been irked by its vapid virtue-signalling were racists who could keep their damn money.

A backlash ensued, led by actor turned anti-woke politician Laurence Fox. In response to claims that the chain was practising a form of woke segregationism, something which has become alarmingly fashionable, Sainsbury’s updated its statement, changing safe space to ‘online support groups’.

Its Twitter account has since gone about arguing with plonkers complaining about the lack of a White History Month. A White History Month would, of course, be ludicrous, but it is strange that a supermarket chain feels the need to enter into culture-war non-debates with random outraged people on the internet.

Or is it? Since the death of George Floyd and the explosion of the Black Lives Matter movement, big corporates have been desperate to align themselves with the identitarian cause. Perhaps most memorably, Unilever-owned ice-cream company Ben & Jerry’s pledged to ‘dismantle white supremacy’.

These companies claim to be endorsing anti-racism. But really they are endorsing what today passes for anti-racism – a bleak, censorious, divisive worldview that pretends no progress at all has been made on racial equality, and thinks that ignorant white folk, un-PC sitcoms and statues are all part of the reason for this.

As spiked’s Fraser Myers has argued, we shouldn’t assume this is all insincere ‘woke-washing’. In identity politics, it seems, the capitalist class spies a means through which it can justify itself, it can feel good about itself and it can carve out some kind of moral mission beyond making money.

But though the pull of identity politics might be real, these corporates’ claim to progressive cred is still entirely phoney. While companies like Nike and Apple have been busy banging on about Black Lives Matter they have also been implicated in forced labour practices in China.

And while Sainsbury’s is offering safe spaces – sorry, online support groups – to its black workers, it still battles with workers of all backgrounds over pay and conditions. In 2018, as Matthew Goodwin pointed out over the weekend, it tried to give its chief executive a £1million pay rise while giving 9,000 staff a pay cut.

Sainsbury’s also last week offered to publish stats on its racial pay gap. But given that paying people of different ethnicities different wages for the same jobs is obviously and rightly illegal, any gap will reflect a lack of diversity among top brass, and will focus energies on making its board more diverse rather than boosting those at the bottom.

This points to the reason giant companies are so willing to embrace wokeness – in the end, it doesn’t cost them much. So much of identity politics is abstract and immaterial. We are exhorted to celebrate diversity, acknowledge historical wrongs and check our privilege. It’s all talk. And talk, as they say, is cheap.

Sainsbury’s recent pronouncements are regressive on the face of it. Suggesting black staff need some kind of therapeutic special dispensation is patronising in the extreme. But they are also a bit of a con. While woke capitalism might give the capitalists a warm feeling it does nothing for those at the bottom.