From Brexit to Belarus: the ongoing fight for democracy

The British chattering classes cheer democracy in Belarus but tried to crush it here in the UK. 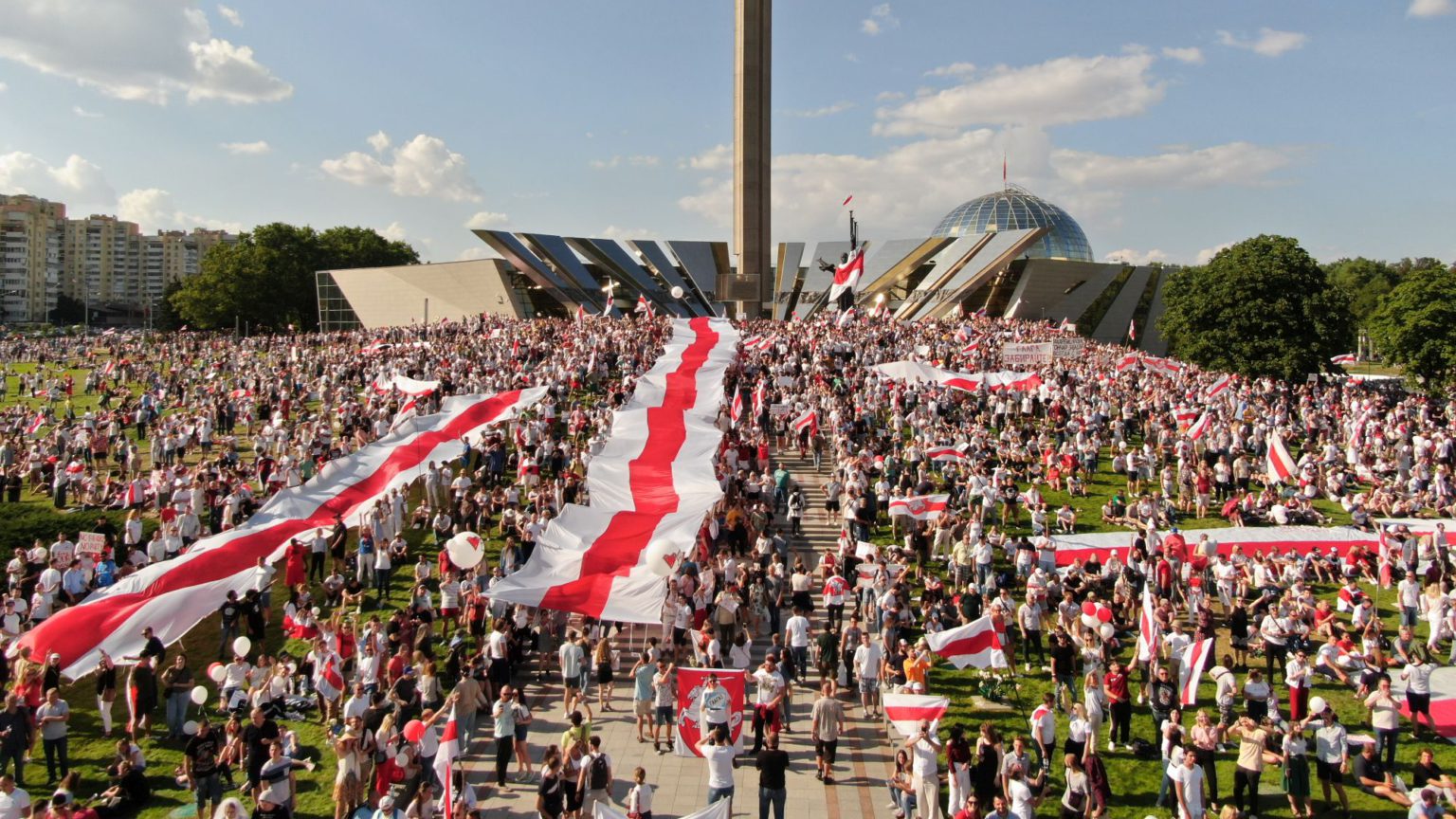 British liberals are cheering on the tens of thousands of brave Belarusians who have taken to the streets to demand the enactment of their democratic vote. Which is odd, to say the least, given that the last time British liberals themselves marched in the streets, often in their tens of thousands, it was to demand the crushing of a democratic vote. It was to call upon the state to refuse to enact the democratic wishes of 17.4million people, the largest democratic bloc in the history of the UK. The hypocrisy is staggering: the British chattering classes celebrate democracy abroad and wage war on it at home.

Belarusians are fighting tooth and nail for their democratic rights. They are marching in the streets in vast numbers – in defiance of the government’s authoritarian clampdown on public gatherings – and workers are going on strike. They are furious with the rigged outcome of the election two weeks ago, which gave their authoritarian president, Alexander Lukashenko, who has been in power for 26 years, yet another term. Lukashenko’s regime claims he won more than 80 per cent of the vote in the election on 9 August while the opposition won around 10 per cent. No one believes this. And they are right not to believe it: Lukashenko has a history of anti-democratic, tyrannical behaviour.

The Belarusians rising up against Lukashenko and demanding the meaningful right to determine who governs their country are an inspiration to democrats everywhere. They are taking enormous risks. They are breaking illiberal laws by taking to the streets of Minsk. At least four people have been killed in the protests. Some demonstrators claim they were tortured by security forces after being arrested. It is testament to people’s yearning for democratic power, for a real say in the future of their country, that so many are flooding the streets of Belarus or downing their tools at work in order to force the regime to listen to their voices. This is democracy in action.

And yet, there is something nauseating in the British chattering classes’ attempt to cosy up to the Belarusian uprising for democracy. For these are the same people who spent the past four years trying to do in the UK what Lukashenko is currently doing in Belarus – that is, silence people’s democratic cry and write off their democratic votes. Lukashenko does it with batons and torture, while our far more polite elites tried to do it with court cases, parliamentary intrigue and a relentless campaign of Project Fear. But the motive was the same: to prevent the supposedly problematic little people from having their say and screwing up political life.

From the Guardian to the Twitterati, the same members of the Remain elite who devoted their moral and political energy to overturning the largest democratic vote in British history now think they can pose as the friends of democracy in Belarus. Timothy Garton-Ash says the Belarusian struggle is a ‘powerful reminder of the value of freedom’. He says he would love Belarus to ‘become a liberal democracy’. This is the same Timothy Garton-Ash who said during the Brexit era that ‘the only good way forward is a second referendum’. And lest we forget, a second referendum would have entailed voiding the original referendum, erasing the votes of 17.4million people, discounting the largest act of liberal democracy Britain has ever experienced. The liberal elites want democracy for Belarusians but not for pesky Britons.

The EU’s Guy Verhofstadt praises Belarusians, informing us ‘they want a different, free future. They must be heard!’ This is the same politician who, when he was chairman of the EU’s Brexit Steering Group, did everything he could to ensure that the voices of the Brexit-supporting British masses were not heard. During the most heated days of the Brexit negotiations when Theresa May was prime minister, he said the only way to deal with the ‘Brexit nightmare’ was to ‘revoke’ it (ie, crush 17.4million votes), have a ‘public vote’ (ie, a second referendum that would void the original referendum), or get a ‘sensible cross-party deal’ (ie, hope that MPs in the then Remainer Parliament would stitch Brexit up). Verhofstadt is in no position to posture against Lukashenko: he used backroom pressure and shady negotiations to try to do to British democracy what Lukashenko is trying to do to Belarusian democracy with heavy-handed policing and tyrannical stubbornness.

The British columnists and politicos celebrating the Belarusian uprising have to face up to this fact: they have nothing in common with these brave warriors for democracy. On the contrary, their marches over the past four years were singularly devoted to stopping democracy. Who can forget those huge ‘People’s Vote’ gatherings in which armies of middle-class Remainers would gather in London to sneer at ordinary voters, plead with the government to ignore their votes, and demand that big constitutional questions be taken out of the hands of the dangerous, reckless ‘low-information’ masses. Guess who probably feels similarly to this? Yes, Alexander Lukashenko.

The truth is that the liberal elites of the UK have forfeited their right to present themselves as democrats. They have nothing of value to say to the democrats marching in the streets of Minsk, or Hong Kong, because they have already decided that the thing these people are fighting for – the right of everyone to have a say in the political future of their nation – is a bad idea. You cannot spend four years mocking the masses, questioning the ideal of democracy itself, and using legal avenues, economic clout and the anti-democratic House of Lords to try to usurp a democratic vote, and then claim to be a friend of Belarusians or Hongkongers. It doesn’t work like that.

Democracy demands consistency. spiked supports democracy in all nations and for all people. For Belarus, for Hong Kong and China, and, yes, for people from Stoke-on-Trent and Merthyr Tydfil and Dagenham who have been so demonised, and almost disenfranchised, by the British Remainer elite for the past few years. Here’s hoping the people of Belarus are victorious against Lukashenko’s regime and that this helps to remind elites around the world that you ignore democratic sentiment at your peril.