Poland and the tyranny of human-rights law

Ignore the outrage – Poland has good reasons to leave the Istanbul Convention on Violence against Women. 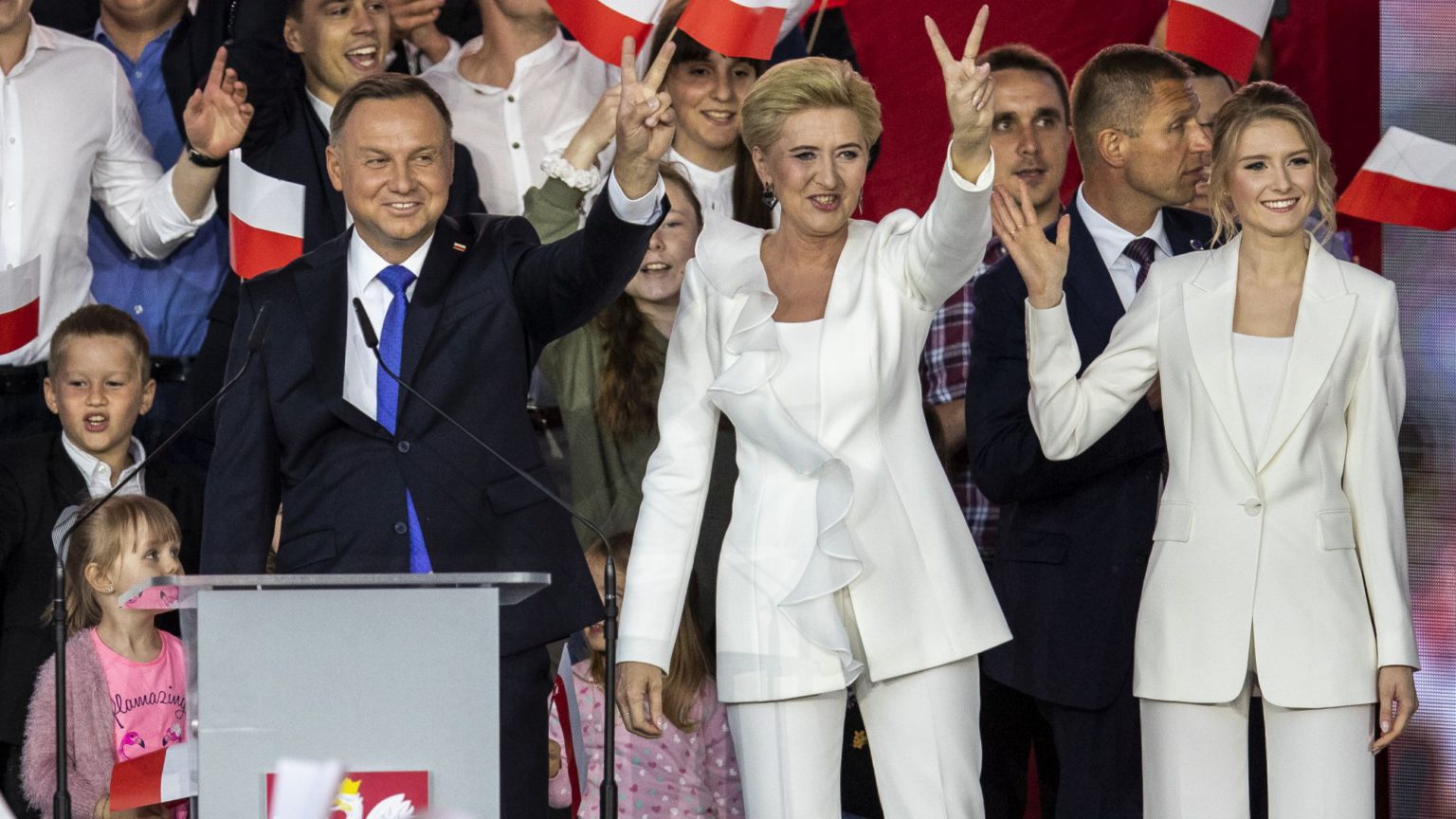 Poland, the bad boy of Europe, recently got another big black mark. The trouble this time had to do with an institution you might be forgiven for not having heard of, the Council of Europe’s Istanbul Convention on Violence against Women. Under pressure, Poland ratified this convention in 2015. Now, however, following Andrzej Duda’s election victory a few weeks ago – with Duda having run on an unashamedly traditionalist and Catholic ticket – Poland has announced that it intends to give the required six months’ notice to pull out of it.

The outrage has been predictable. Women in Poland have been demonstrating clad in Handmaid’s Tale costumes. The Council of Europe and a number of MEPs have slated the decision as ‘alarming’ and ‘disgraceful’. Guy Verhofstadt, not to be outdone, has called the affair ‘scandalous’. He went on to tell us, didactically as ever, that ‘violence is not a traditional value. The EU and all of its members signed because Europe stands for human rights, equality and decency.’

This whole debacle is worth a closer look. One reason is that it is both novel and very significant for the future of Europe.The other is that Poland is right.

To see why, you have to look carefully at the convention text. True, its headline purpose is to require that any state party to it outlaw violence against women (including such matters as forced abortion and FGM), prosecute it effectively and provide remedies for the victims of it. But this hardly necessitates a treaty at all. All European states already do this anyway, Poland included. Whatever the Euro-establishment might try to insinuate, no one is looking to turn Poland into some kind of male supremacist, wife-beating theocratic dystopia.

What is making the Poles unhappy (and ought to give pause to any liberal administration) is the small print elsewhere in the convention. Take Article 12, for instance. Since 2015, this has required the Polish state to:

‘Take the necessary measures to promote changes in the social and cultural patterns of behaviour of women and men with a view to eradicating prejudices, customs, traditions and all other practices which are based on the idea of the inferiority of women or on stereotyped roles for women and men.’

Read that carefully again. What it amounts to is a demand for the state suppression of wrongthink: an insistence that whatever the electorate might think, the state must take administrative measures to eradicate its existing customs, traditions and practices in so far as they do not conform to an official left-liberal ideology.

And there is more. By Article 14, the Polish government stands committed to major intervention in education and the media. So at all levels from kindergarten to university, it must impose, whatever parents might want, ‘teaching material on issues such as equality between women and men, non-stereotyped gender roles, mutual respect, non-violent conflict resolution in interpersonal relationships [and] gender-based violence against women’. Nor does such compulsory ideological direction end with education: all these matters must also be promoted by the government in, among other places, the media. It is deliciously ironic that the same Euro-elite that increasingly castigates Poland for its restricted press freedom also demands that the country continue to be signed up to a treaty that not only allows but requires intervention in the media.

But by all accounts, the final straw was the Istanbul line on gender. The treaty requires far more than teaching children that gender roles are bad. More importantly, Article 3 states baldly, without room for argument, that gender means ‘the socially constructed roles, behaviours, activities and attributes that a given society considers appropriate for women and men’. In other words, whatever opinions Poles might have on the gender debate, their government is committed in international law to dictating to them what the correct line is to take.

In view of all this, it is not all that surprising that Poland has made up its mind that it has had enough and wishes to cut and run. Whatever you may think of the values contained in this authoritarian instrument, surely the decision to adopt them must rest with the people of Poland, whose will must prevail over that of a cadre of international quangocrats who are largely insulated from public opinion.

But these developments in Poland may also have a bigger destabilising potential. Disquiet over the Istanbul convention are more widespread than might appear. Turkey, for example, is also mulling withdrawal for much the same reasons as Poland, and the Polish move must strengthen the hand of those promoting a Turkish exit.

Since the convention was signed in Istanbul and Turkey was an early ratifier (in 2012), the political fallout from such an event would be big. There could also be effects closer to home. The UK government is under severe pressure to ratify (indeed, an act of parliament quietly slipped through in 2017 requires annual reports on progress towards ratification). But those behind the pressure may well find their job a good deal harder once it becomes public knowledge that there is so much to dislike about the treaty they are pushing.

More generally, Poland’s announcement also threatens a major upset to the comfortable liberal balance in Europe on the subject of human rights. The Istanbul Convention, which looks like motherhood-and-apple-pie on the surface but underneath is actually rather sinister, is in no way unique. On the contrary: it is part of a suite of fairly similar agreements which have been ratified by all, or virtually all, European countries.

Similar in conception are the UN Convention on the Rights of the Child (UNCRC); the UN Convention on the Elimination of All Forms of Discrimination against Women (CEDAW); and the International Covenant on Economic, Social and Cultural Rights (ICESR). Each of these also contains prescriptive clauses on matters of social policy which could well impinge on democratic decision-making (think corporal punishment against children, which the UNCRC might be read as banning, or the rewriting of school textbooks, which on one reading the CEDAW actually demands).

So far there has been an unspoken assumption that human-rights treaties of this type operate on a ratchet principle: countries can be heavily leant on to ratify convention after convention, and once they have ratified, it is not the done thing ever to withdraw, even if a treaty technically allows it. But Poland has now dared to do the unthinkable, and as Turkey shows, where it has gone others may well follow.

There is also one other thing to put in the balance. As far as European countries are concerned, the apex of the entire human-rights consensus is formed by the European Convention on Human Rights itself. But this, too, has serious shortcomings which people are increasingly willing to publicise. And this too, it is all too easy to forget, has a provision for withdrawal (all a country has to do is give six months’ notice). No wonder, perhaps, that the international liberal human-rights establishment is suddenly beginning to look uncomfortably over its shoulder, in case the whole edifice it has painstakingly built up since 1950 starts to come crashing down about its ears.