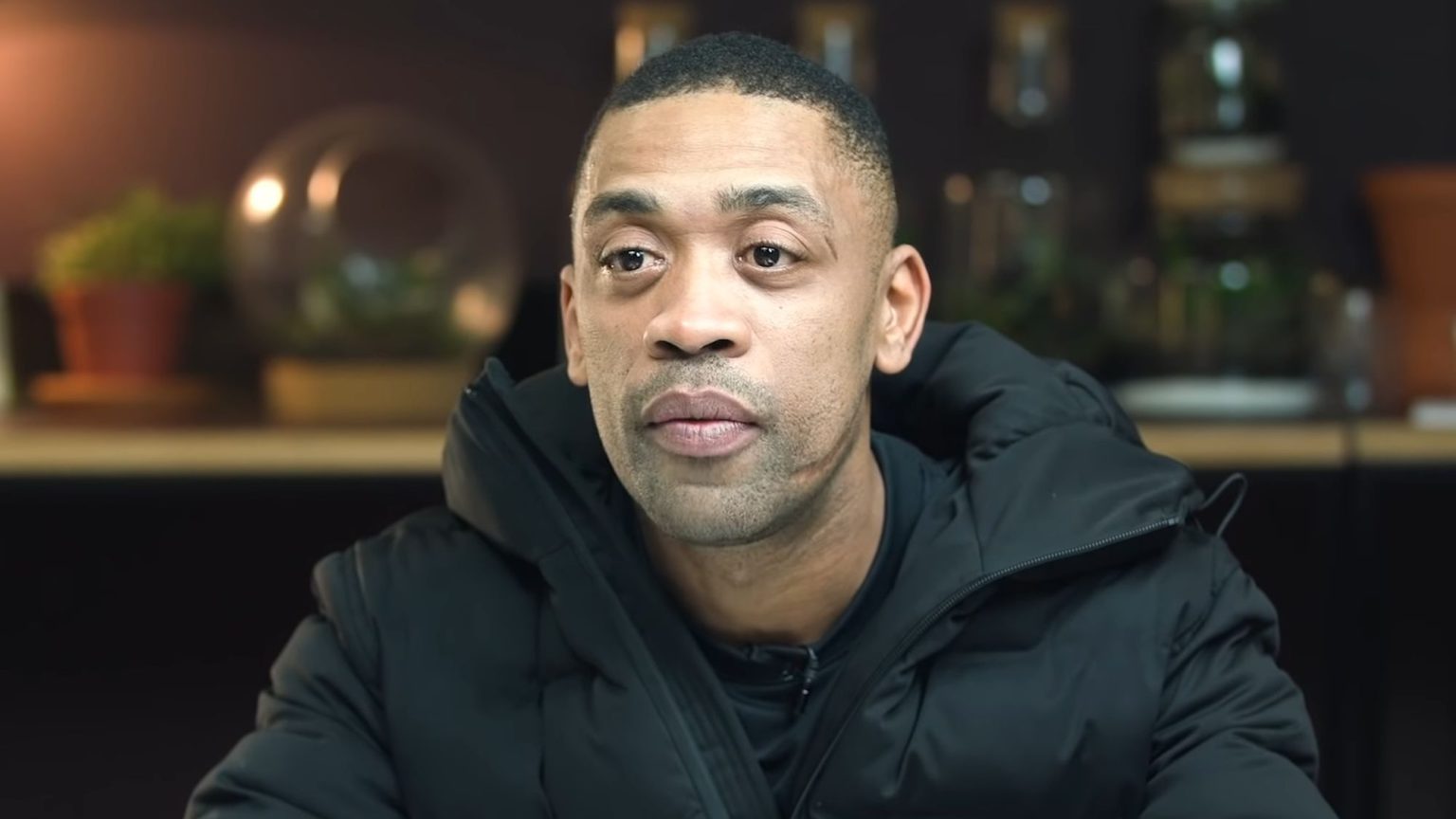 Poor Wiley. The grime king must be having a hard time. He clearly has mental-health problems. What he needs is a bit of a talking-to and some education. ‘It’s just really sad’, as Lily Allen said about Wiley’s hate-filled social-media posts about Jews.

This has been the general tone of the discussion about Wiley’s 48-hour spouting of vile racist hatred against Jewish people. There has been an almost sympathetic undertone. (Allen was criticised by her social-media followers for being a Wiley ‘sympathiser’.) Where racism is normally condemned in the strongest terms possible – as disgusting, destructive, a pox, a scourge – Wiley’s anti-Jewish racism seemed to be treated more leniently. It was wrong, divisive, unacceptable. Just unacceptable?

Many have noted the hypocritical double standards on social-media outlets in relation to anti-Jewish racism. If you misgender a trans person, you’ll be booted off Twitter and other platforms faster than you can say the word misogyny. But Wiley’s tweets saying Jews run everything, and are a horrible, double-dealing people, and are ‘snakes’, and ‘you make me sick’, lingered on Twitter for hours and hours.

Yes, the racist tweets were eventually removed. But Wiley was then slapped with a mere seven-day ban from Twitter and Instagram, which suggests that in the minds of the woke suits who run Silicon Valley, expressing profound racial contempt for the Jewish people is less bad than referring to a person with a penis who wanted to force female beauticians to wax his bollocks as ‘he’. That’s what got Meghan Murphy permanently exiled from Twitter. Other feminists have also been booted off the platform forever for referring to people with penises as men. This needs answering, the question of why calling a man a man is a worse speechcrime than calling Jews snakes.

But it needs answering not only by the censorious overlords of Twitter, Instagram and Facebook, whom only a fool would look to for moral consistency and progressive principle. It needs answering by the identitarian left, too. It is now undeniable that this new left – obsessed with racial identity, devoted to the eccentric cause of transgenderism, always on the hunt for thoughtcrimes involving ‘Islamophobia’, ‘transphobia’ and ‘homophobia’ – views anti-Semitism as less bad than other forms of racism. As Tom Slater argued on spiked last year, it is seen as ‘the lesser racism’; it just doesn’t get them going in the same way that other forms of prejudice do.

This is why many identitarian leftists have responded to Wiley’s racism so softly. It’s out of order, they say. Maybe he’s unwell, they claim. Well, maybe he is – but he is also a dyed-in-the-wool racist. Online, some so-called progressives have said he has a point. Look at what Israel does to the Palestinians, they say, once again engaging in the racist ideology of collective Jewish guilt while also holding Israel to a different standard to every other nation on earth. (Note how rarely they speak about what the Turks do to Kurds or what the Saudis are doing to the Yemenis. It’s always just Israel. Always just the Jews.)

The NME even referred to Wiley’s tweets as his ‘Israel tweets’. ‘Wiley responds to anti-Semitism accusations over his Israel tweets’, a headline said. Israel tweets? His tweets were about Jews, those snakes who dominate everything, hate black people and are a destructive force. Even where he mentioned Israel, he was really talking about Jews, as is often the case, tragically, in certain sections of the ‘Palestine solidarity’ movement these days. For some people, Israel has become a proxy for the Jews. What they might once have said about the Jews – sly, controlling, bloodthirsty – they now say about Israel instead. We know this from the past few years of Corbynism, which attracted numerous anti-Semites masquerading as critics of Israel.

To see how differently anti-Semitism is treated in relation to other forms of racism, just imagine if a white celebrity had spent the best part of two days tweeting incessantly about what a disgusting race black people are. Or if a rapper raged against Muslims for hours on end and accused them of being a malignant presence in our societies. Do you think Corbynistas would have said those people just need some education? Do you think there would be silence on the comment pages of newspapers, as there has been in relation to Wiley? Of course not. There would be noisy public outrage. The celebrity’s rants would be held up as proof of widespread anti-black racism or Islamophobia across society. But Wiley’s rants? It’s just Jews. Calm down.

Why is anti-Semitism treated as less bad than other forms of racism? Why is it a growing force in some sections of the left? Why is it often greeted with the words ‘well, he has a point’ rather than with the stern, irate condemnations we would expect in response to racism more broadly?

It’s because of identity politics.

Anti-Semitism is the oldest hatred. It has exploded in societies numerous times over the millennia, often with unprecedented murderous consequences. It sometimes changes shape – going from being a religiously motivated hatred to a form of biological racism, from a far-right pursuit to a shamefully left-wing phenomenon – but it is always there, in one form or another. And today, one of the forms it takes is identitarian categorisation.

Identity politics has helped to resuscitate anti-Semitism. One of the worst things identity politics does is categorise people according to whether they are oppressed or privileged. It creates hierarchies of victimhood. Intersectionality is an avowedly sectarian, divisive cause, given to grouping entire peoples according to whether they are historic victims or the beneficiaries of privilege. This very easily morphs into a form of moral categorisation: the victim groups are good, the privileged groups are bad. So black people deserve our sympathy and our support, while white people – the most privileged, apparently – deserve scorn, and constant lecturing (‘Dear white people’), and re-education. Witness how virtually every corporation in the West is now reprimanding and controlling its workforce through the mad ideologies of ‘white fragility’ and ‘white privilege’.

Identitarianism is a toxic, divisive politics. And it has proven particularly bad for Jewish people. Where do they go in the woke racists’ categories? Which inhuman identitarian box must they be placed in? It’s the ‘privileged’ one. Consider how both far-right and far-left racists flit between terms like ‘white privilege’ and ‘Jewish privilege’. Jews are successful, right? They aren’t struggling. Therefore, they are ‘privileged’. And ‘privileged’ is bad. It’s immoral. The ‘privileged’ are the new oppressors, requiring constant condemnation. White people, ‘cis’ people, people of Indian Hindu heritage, Jews… all privileged, all bad, all on the receiving end of the new hatreds whipped up by the destructive politics of identity.

Wiley’s racist rants contained elements of the old anti-Semitism, especially the vile trope about Jews running the world. But they had a big dose of identitarian anti-Semitism, too. His belief that Jews conspire in the repression of blacks, and that Jews (being white) can be racist but black people (being black) cannot be racist, springs directly from the identitarian ideology. It’s time to face facts: the new politics of identity, this racialisation of every facet of life, the myopic obsession over skin colour and ‘privilege’ and heritage, have breathed life back into actual racism, including the oldest racism. Identity politics is a gateway drug to actual racial hatred. Reject it.