What they mean when they talk about ‘white people’

The BBC’s ‘Karens’ podcast revealed the class hatred that lurks behind wokeness. 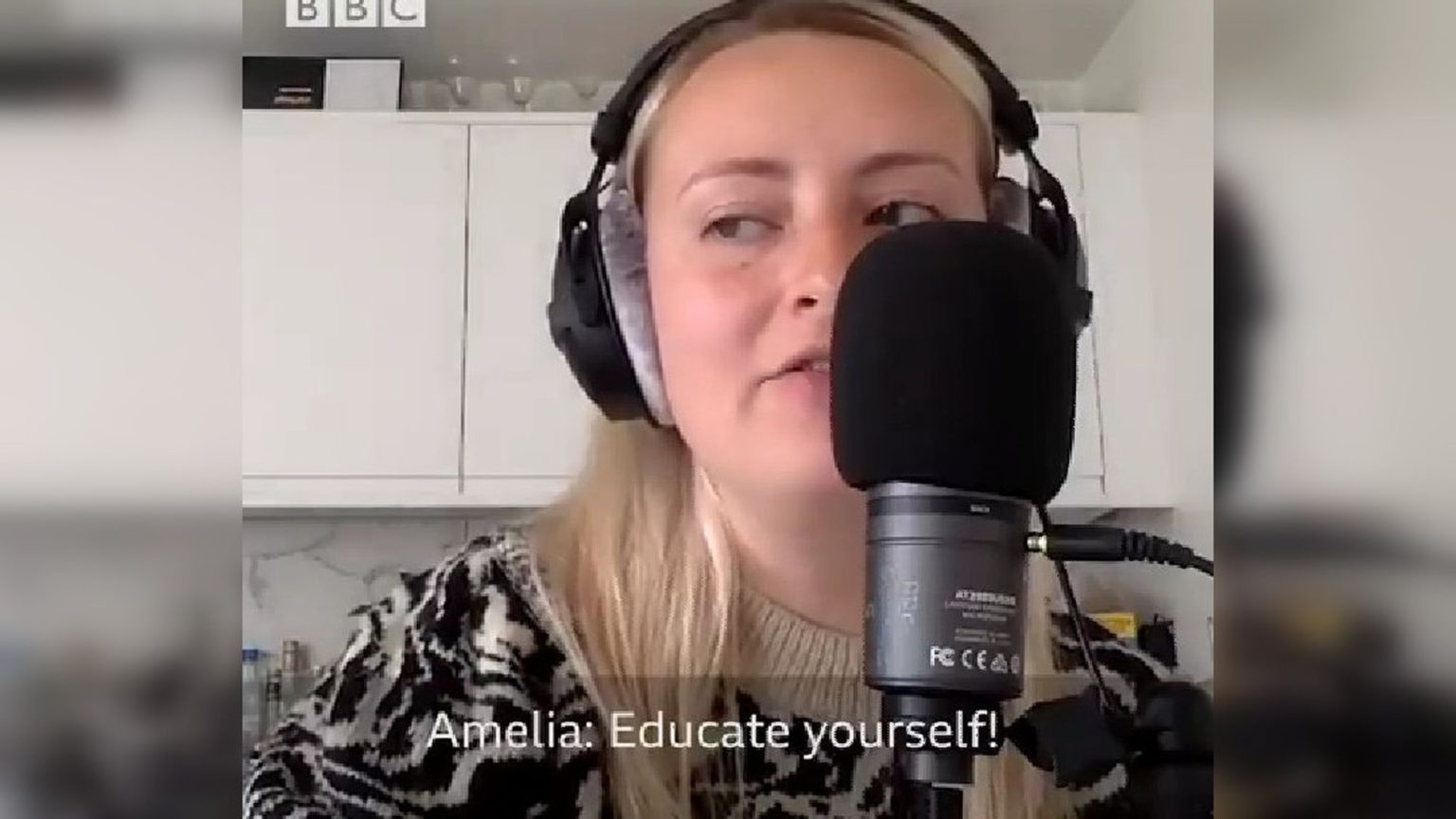 It’s tough for posh people these days. They can’t go around insulting riff-raff like they used to. Looking down one’s nose, Edith Sitwell-style, at horny-handed plebs and vulgar poor women is no longer acceptable. You’ll be called a snob. But fear not: the upper-middle classes have found a new, politically correct way to achieve the dizzy moral thrill they used to get from openly sneering at rough blokes and foul-tongued women in the streets. It’s called wokeness.

Wokeness increasingly looks like class hatred in disguise. Exhibit A: the podcast that BBC Sounds put out yesterday featuring two plummy women called Lotte and Amelia (I wish I was making this up) mocking less-educated, less well-off white women who these days go by the name ‘Karen’.

‘Karen’, as should be clear to everyone now, is a female version of ‘gammon’. Just as academic leftists and Corbynista trustafarians took to referring to lower-middle-class and working-class men who support Brexit as pigs – which is what gammon is – so this same constituency now look upon lower-status white women who are not fully up-to-speed on all the nutty woke language about race and other stuff as ‘Karens’.

Lotte (Dr Charlotte Lydia Riley, a history lecturer) and Amelia (Amelia Dimoldenberg, a YouTuber, lol) were on the BBC podcast No Country for Young Women. They were asked how white women can avoid becoming ‘Karens’. The use of Karen as an insult originated in America to describe low-status women who have unfashionable haircuts (a kind of blonde helmet hairdo) and who love complaining to the manager. It’s a prejudice, in other words, beloved of correct-thinking leftists and time-rich liberals. Lotte and Amelia said white women can avoid becoming Karens by educating themselves and shutting the hell up.

‘Educate yourself’, said Amelia. ‘Read some books’, she continued, and giggled as she said it – that was no doubt the endorphin of moral superiority kicking in. Note the casual assumption that those people who disagree with the enlightened likes of Amelia and Charlotte are simply uneducated and must try to elevate themselves to our level. Classic, undiluted snobbery. Charlotte said white women should ‘try not to be defensive about your whiteness’ and instead should ‘think critically about your identity and your privilege’. ‘Get out of the way’, she concluded. ‘Yeah, basically leave’, agreed Amelia, and they all laughed. It’s hilarious, you see: well-educated middle-class women telling lesser women to fuck off.

There were so many striking things about the podcast, which caused a huge backlash when it was released online and trailed on Twitter. The first is that these are two white women telling other white women how to behave. This is a brilliant insight into what wokeness has become. It is essentially high-achieving, self-regarding whites issuing moral condemnations of those other whites, the bad ones, the ones who didn’t go to Oxford, the ones who probably think genderfluidity is a kind of incontinence and the idea of white privilege is nonsense. They might even have voted for Brexit. PC is increasingly the means through which these people – the decent, hard-working, democratic masses – can be mocked and ridiculed by those who consider themselves better.

Indeed, that two white women can sit around talking about the problem with white women tells us something about what the phrase ‘white people’ means these days. It isn’t just a physical description of those born white. It’s a class indicator. ‘White people’ typically refers to the lower orders, the insufficiently educated, the ‘unaware’.

This is why Jon Snow commented on how many white people he saw at a mass march for Brexit but has never said likewise about the massively white crowds at Glastonbury or the almost exclusively white presence at a recent Black Trans Lives Matter demo in London – because it is only certain white people who are racialised. It tends to be working-class white people and lower-middle-class white people who are reduced to their race, to their whiteness. It’s a way of dehumanising them, in order both to delegitimise their opinions and their values (all of which are said to originate from their whiteness) and to ripen them up for lecturing and social interventions by cleverer, more socially aware white people like Charlotte, Amelia and an army of woke academics and public officials.

And then there’s the question of what the BBC is playing at putting out nonsense like this. This is the public broadcaster, not Buzzfeed, and yet it spews out culture-war rubbish designed to demean ordinary white women as stupid, loud, racist and in need of re-education by posh people. Many people will be asking why on earth they should be forced by law to fund a broadcaster that views them as Karens and gammon who must be saved from themselves by a new, supposedly enlightened elite. The public broadcaster should treat the public with respect, not insult them with classist diatribes disguised as academic analysis. Wokeness is the mask elitism wears, and the BBC needs to recognise that.