Green neo-Malthusianism is the last redoubt of racist eugenics in mainstream society. 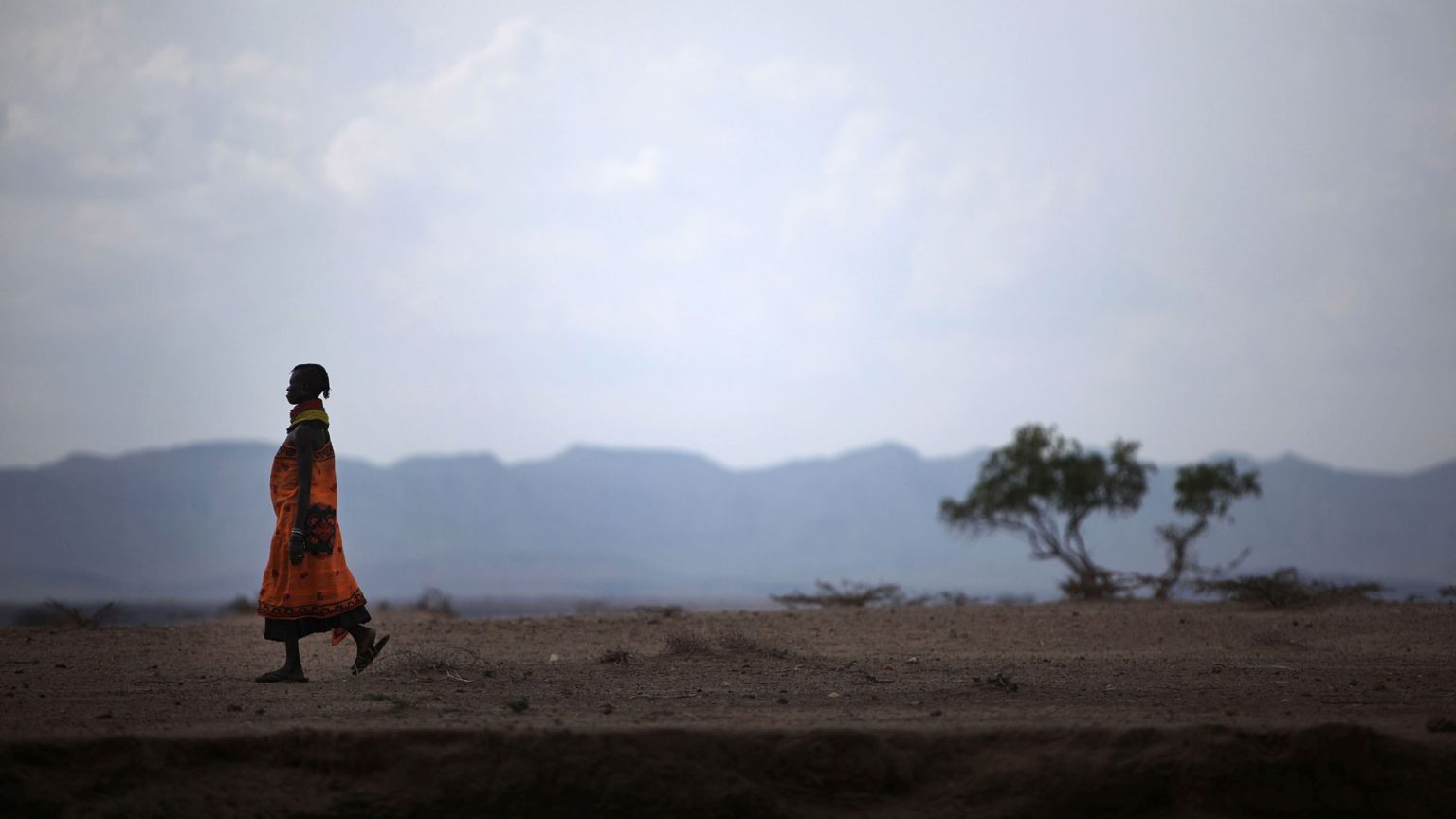 As reported on spiked last month, it did not take long for green ideologues to seize on the chaos of the coronavirus pandemic. And in recent weeks, racial politics has exploded, putting the Black Lives Matter movement at the centre of global attention. In its wake, jealous greens have sought to capture the narrative of racial grievance. But by highlighting what they claim are the racial dimensions of climate change, what greens have instead exposed are their deep contradictions and a callous indifference to the plight of the world’s poor.

At the end of May, having only just been reinvented as an expert on coronavirus, Greta Thunberg tweeted: ‘Centuries of structural and systematic racism and social injustice won’t go away by itself. We need a global structural change. The injustices must come to an end.’

It is an interesting claim, not least for its remarkable resemblance to her claims about climate change. In a more recent tweet she opined: ‘The climate and ecological crisis can no longer be solved within today’s political and economic systems. That’s not an opinion. It’s just simple maths.’ This is not a coincidence.

As I have long argued on spiked, environmentalists’ preoccupation with ‘systems’ and global institutions to oversee their regulation belies their ability to identify and locate environmental problems. What is motivating their search is less a desire to understand the natural world than a desire to systematise the human world.

It was ‘simple maths’ which took the neo-Malthusians of the 1960s and 1970s to their demands to turn the clock back on population growth, economic growth and technology, lest their dire prognostications of apocalypse came to pass. Yet it was also simple maths that showed these prognostications to be false, dangerous and misleading.

Greta was not the only green to jump on the racial bandwagon. George Monbiot did the same in his review of Planet of the Humans – the new film from Jeff Gibbs and Michael Moore. The film makes a number of vague references to overpopulation, which Monbiot believes marks it as belonging to the ‘far right’. ‘Population is where you go when you don’t have the guts to face the structural, systemic causes of our predicament: inequality, oligarchic power, capitalism’, he writes. There’s that word ‘systemic’ again.

But Monbiot’s attack on population-environmentalism isn’t quite the commitment it seems. David Attenborough, patron of Population Matters (formerly the Optimum Population Trust), has never been called a ‘far right’ by Monbiot, despite Attenborough’s many explicit statements on population reaching vastly more people than Planet of the Humans has. Moreover, it was not the ‘far right’ which put Malthus back on the political agenda; it was Monbiot’s fellow green campaigners – the neo-Malthusians – back in the mid- to late 20th century.

If Planet of the Humans is ‘far right’, then so is the Guardian. In a 2018 interview, which was sponsored by the Rockefeller Foundation, Paul Ehrlich, author of Population Bomb, told the Guardian’s Damian Carrington that the ‘collapse of civilisation is a near certainty within decades’ (again).

In the interview, Ehrlich claimed that he rejects the idea that the desire to control population is racist and that he is hurt by the allegation. But aren’t we constantly being told by the likes of the Guardian that it is not enough to say you are not racist, because racism lingers in systems and structures?

The Rockefeller fortune has played a large role in funding the neo-Malthusian cause over the years. And it has a long history of racism. The Rockefellers were among the first ‘philanthropists’ to use their vast wealth to support eugenics programmes. According to Professor Stefan Kühl, ‘the Rockefeller foundation played the central role in establishing and sponsoring major eugenic institutes in Germany’ in the 1920s. Its funding kept them afloat through the depression and well into the Nazi regime.

After the Second World War, eugenics became less fashionable. Malthusian ideas became a more acceptable vehicle for racism. In 1952, the Rockefellers founded the Population Council, which established the population-control agenda on the global stage via the United Nations and the World Bank. Between the 1950s and 1990s, green billionaires – the Rockefeller and Ford foundations – were funders of mass sterilisation programmes across the world.

This obnoxious agenda asserted itself most aggressively in India, where millions were coerced and forced into sterilisation camps to ensure that brown people would not overrun the world. In a single year, more than six million Indian men were sterilised – more than 15 times the number sterilised by the Nazis. Thousands died from botched procedures.

It is not merely blindness to green neo-Malthusianism – arguably one of the few lasting legacies of racial eugenics – which troubles Monbiot’s attempts to distance himself from it. The problem is that all green thinking is intractably bound to it.

In the 1970s, Ehrlich and colleagues proposed a formula known as IPAT, stating that Impact = Population x Affluence x Technology. In other words, they believe that policymakers have three levers for combating environmental problems: reducing population and / or affluence and / or technology. Today’s greens have not transcended this rubric. ‘High consumption is concentrated in countries where population growth is low’, argues Monbiot: ‘Almost all the growth in numbers is in poor countries largely inhabited by black and brown people.’ Poor people do not consume so much, you see. Science!

If it is racist to tell black people not to breed, it is surely racist to tell black people they cannot be wealthy. Rejection of population control might well sound principled, but it is not in itself a rejection of the neo-Malthusian formulation. The IPAT, to its believers, is an expression of fundamental relationships, not a menu – greens who adhere to any part of it can in reality no more pick and choose than a Catholic can worship the Father and the Son but not the Holy Spirit.

Monbiot may not wish to slow population growth. But he does wish to make us all live in ecological austerity. We are talking here about what greens claim are the systems and structures of society. They claim that the system which produces climate change is racist. But what is revealed by a closer look at society’s tangible structures and systems is that it is environmentalism – not environmental degradation – that has been imposed on the poor. Green NGOs run riot in the developing world. Many, such as the World Wildlife Fund, are implicated in the murder, torture, rape and violent eviction of the world’s poorest people. Where is Monbiot’s condemnation of the WWF?

Greens do not even consider the possibility of these wretched souls of the developing world one day having their own shopping malls, domestic appliances, SUVs or intercontinental holidays. In ruling out the possibility of the poor becoming wealthy, environmentalism rules out the poor becoming a political force who might be able to speak for themselves.

Some climate activists have rebranded climate change as ‘climate justice’, in an attempt to marshall the lives of the world’s poor in their mission. ‘We can change our lifestyles, we can move’, says one self-styled ‘climate communicator’. But the poor cannot, of course: ‘Within countries and between continents, it’s people of colour and it’s indigenous people that bear the brunt of environmental destruction’, he adds.

But life in close dependence on ‘nature’ – poverty, to give it its real name – has always been precarious. Indeed, it is not climate change that is the real worry here – it’s poverty. Economic participation and wealth are what allow people to weather what nature might throw at them. And it is this wealth which greens are determined to deny to the world’s poor.

The green ideology is racist. It presupposes that others’ poverty and others’ futures are determined by weather rather than by the changes that can be brought by man-made technological, economic and political development. The disparity between the wealthiest and poorest people in the world allows this presupposition to become an imposition.

Despite green attempts to keep people in their places, there are far fewer people now living on the edges of global society than before. Contrary to Greta, Ehrlich and Monbiot’s understanding, diseases of poverty are on their way to being eliminated. Far fewer people die in natural disasters today than a century ago, when the population was a quarter of what it is now and when the world was considerably less industrialised.

Progress has not come fast enough, of course. But the claim that ‘stable’ weather will improve anyone’s living condition is a lie. Countless greens argue that, without rises in CO2 emissions, there would be no conflict, no poverty, no hunger, no inequality. But this is oblivious both to the present historical lows of all of the above, and to the implications of a political order that imposes ‘sustainability’ on a population – and one of those consequences is racism.

One problem we face is that so many ‘development’ agencies are dominated by environmentalist anti-development thinking. The boast of the World Bank’s ‘sustainability’ agenda, for example, is epitomised by this video, in which a family in Tanzania is ‘liberated’ from the necessity of buying or collecting firewood for cooking. Instead, wife, mother and housekeeper, Judith, must collect animal shit to put into a vat, which then produces gas the family can use for cooking. It’s not even shit generated by an industrial process. It’s shit from someone’s backyard.

If this strikes you as an improvement, and as a mark of success by a global political institution in abolishing poverty, you need to ‘check your privilege’. Judith’s domestic natural-gas reactor is a Heath Robinson contraption, not development. It ‘abolishes’ poverty only at best in a palliative sense – not in a structural or systemic sense. Where is the electricity grid? Where is Judith’s car? Where is Judith’s aircon, washing machine, dishwasher? If Black Lives Matter, then the grid matters, the car matters and the domestic appliances matter. Would you accept daily shit-collecting as a solution to your family’s energy needs?

Meanwhile, the World Bank and other global political and financial institutions, on the instructions of the United Nations, green billionaires and their pet NGOs, have withdrawn financial support for fossil-fuel-fired power stations for developing economies. Energy infrastructure, which has in recent decades proved essential to the rapid development seen in China and India, is being explicitly denied to the people who need it most. Their desire for a better life is not ‘sustainable’, you see.

And yet it is micro-aggressions, not macroeconomics, which trouble today’s anti-racist radicals. For all the talk of ‘systems’ and ‘structures’, it is ‘symbols’ which preoccupy them. As activists tear down statues of history’s racists, it is the present that they ignore.

Tycoons, who made vast fortunes from oil, gas and coal, and who built global institutions in their own image, have spent billions on PR campaigns to recast themselves as green philanthropists, who can buy favourable coverage in the Guardian, and are free to assert themselves and their designs over billions of people with impunity. This is ignored by Black Lives Matter and green activists alike. Environmentalism is racist.