Covid-19 is a frightening dress rehearsal of the climate agenda

Freedom, democracy and the economy have all been sacrificed to the precautionary principle. 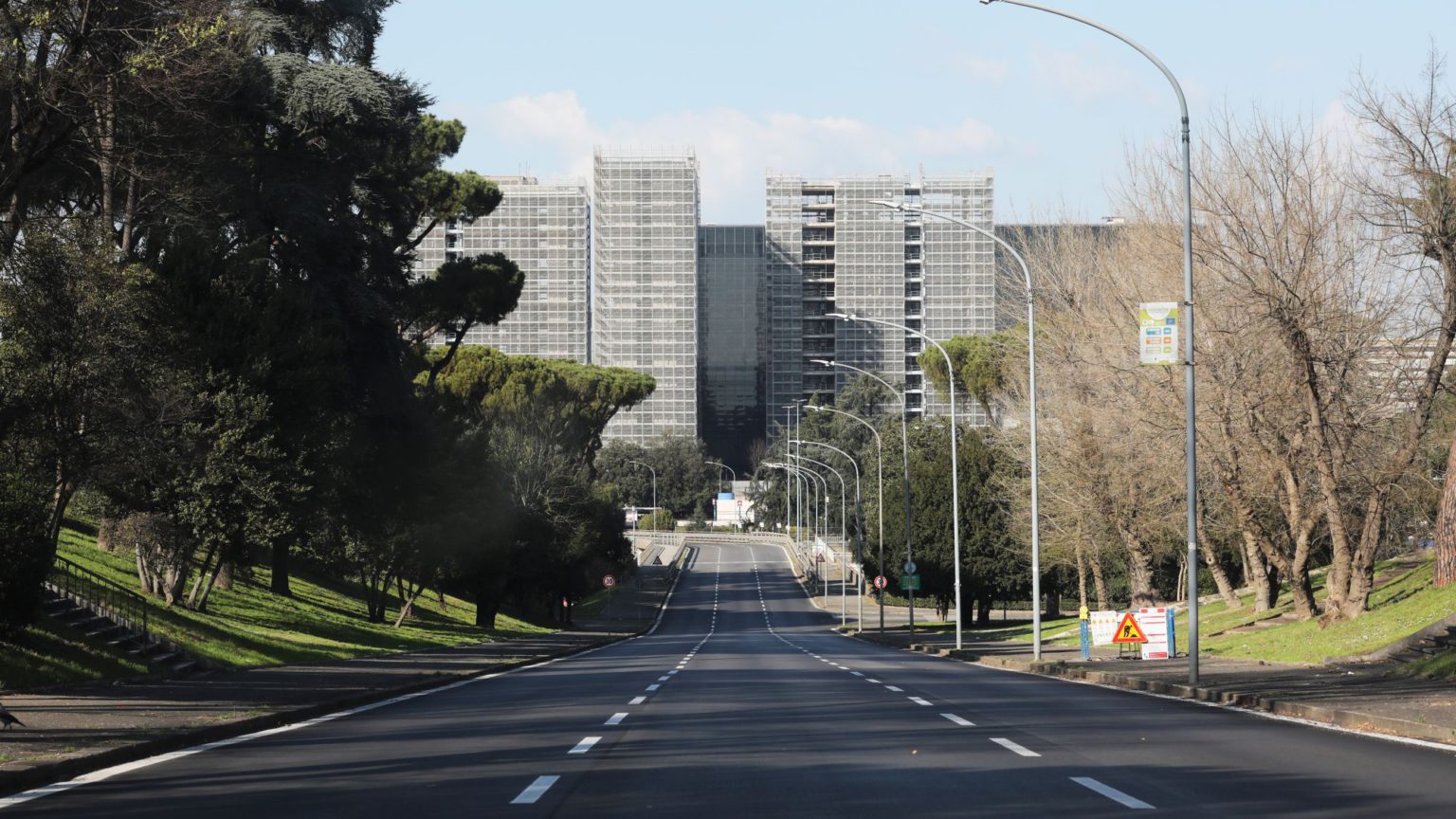 Months into the pandemic and many unknowns still cloud our understanding of the virus. The basic parameters of its transmission rate are still contested by scientists. Rather than shedding light, experts from prestigious institutions descend into acrimonious, politically charged, point-scoring debates. Even the grim daily ritual of the body count is slated as either an overestimate or a grotesque underestimate. But the biggest unknown yet is the damage the virus and attempts to control it have done to society and the economy, and how we will recover. From this wreckage, the green blob has re-emerged from an all-too-brief period of obscurity with a list of demands that will destroy any hope of recovery.

From the outset, there has been a palpable sense of green jealousy of the virus as it stole attention from the climate fearmongers. For half a century, greens have been prognosticating the imminent collapse of society. Yet with each new generation, deadlines to stop the destruction of the planet pass without event. In reality, the world’s population has become healthier and wealthier, and we live longer lives than ever before. Panic about the virus achieved in days what greens have been demanding for years: grounded planes, empty roads, and a halt in economic growth.

Countless lives and livelihoods throughout the world have been destroyed – either by the virus or by the draconian policies intended to stop it. But the anti-population campaigner, David Attenborough, has still managed to complain that human beings have it too good. ‘Human beings have overrun the world’, he told the BBC’s Andrew Marr. Attenborough said that living ‘in a more modest economic way’ should be an ‘ambition’: ‘The world is not a bowl of fruit… if we destroy it, we destroy ourselves.’

Of course, the natural world has endured despite all the green forecasts of its demise. But experience of coronavirus shows that the kind of fear, panic and mistrust ramped up by doom-laden forecasts has had severe consequences for humanity. Fear of the virus has threatened to dissolve the essential relationships of mutual dependence between human beings, almost in an instant – and on a greater scale than anything Gaia can throw at us in her angry revenge. Greta Thunberg’s maxim – ‘I want you to panic’ – should cause environmentalists to pause and consider what they actually want for society.

But such reflection is unlikely to be forthcoming. After all, lockdown gives greens what they have always wanted: the abolition of flight, and of travel deemed ‘unnecessary’ by technocrats; and the prohibition of goods which have been designated ‘non-essential’. Indeed, this is apparently what a green utopia looks like. Green pundits have marvelled at the clean air – ignoring the boarded-up shops, bars, restaurants and cafes that may never reopen. They have cheered the empty blue skies, while human life is confined to the home and neighbourhood. We may have endless free time, but we have no money and no freedom to go anywhere. Naturally, George Monbiot is delighted.

The virus of green thinking has infected political leaders and their plans for the economic recovery, too. ‘No one hesitates to make very profound, brutal choices when it’s a matter of saving lives’, French president Emmanuel Macron told the FT: ‘It’s the same for climate risk.’

Meanwhile, an unconvincing Dominic Raab, standing in for the prime minister, appeared to contradict him. ‘There is no choice between cutting emissions and growing our economy – that’s a myth the UK has helped to shatter over the past decade’, he said in a Twitter address from 10 Downing Street. Climate policy, promised Raab, was an ‘essential element to our strategy to rebound’ from the pandemic.

But which will it be? Raab’s green growth or Macron’s ‘brutal choices’? It cannot be both. The Convention Citoyenne pour le Climat – France’s undemocratic climate assembly, set up by Macron to develop climate policy – has called for the strict rolling back of industrial society to be part of the post-coronavirus ‘recovery’. Its proposal even includes the abolition of out-of-town supermarkets. But then, what would you expect? No politician, anywhere, has ever been able to explain how green restraints on an economy – and hence material constraints on people, including price rises and travel restrictions – can allow, much less create, growth.

Green platitudes are nothing more than a veneer of bullshit for no-mark politicians to hide behind. ‘We can turn the crisis of this pandemic into an opportunity to rebuild our economies differently and make them more resilient’, said the unelected president of the European Commission, Ursula von der Leyen while promoting her ‘EU Green Deal’. Undemocratic technocrats everywhere – from every national and global political institution, from the UN to the town hall – are agreed on the necessity of rebuilding and redesigning economies along green lines. But they cannot answer how they will rebuild them. Who will pay for it? What do we, the people, get out of it? And when do we get to vote on it?

We do not get any say on it, of course. Political necessity, not democracy, shall dictate the action. The climate agenda rescues Macron from his deep domestic crises. Climate change even makes Raab look like he stands for something. And it gives the hollow European project purpose. The green agenda is being brought forward, and the viral crisis is being rolled into the climate crisis, because the pandemic has revealed the emptiness of the political class. Not only are the elites devoid of any ideas for kickstarting economic growth — they have even run out of ideas for how to sustain economic stagnation.

Greens also claim that the pandemic exposes the shortcomings of a fossil-fuel dependent world. The recent crash in oil prices proves this, apparently. As demand for energy withered, cargo ships containing oil approached depots that were at full capacity. Consequently, supply being far in excess of demand, the oil price, which was already sinking, went negative. This, said Sky News’ Ed Conway in The Times, was a sign of our ‘post-oil future’. ‘Eventually the world will wean itself off fossil fuels, so today’s oil producers’ days are numbered; only a handful will survive’, he wrote.

But the demand for fossil fuels is suppressed, not because of any inherent problems with fossil fuels, but because vast numbers of people have been immobilised. The reason the oil price plunged is the same reason videos of dancing nurses appeared on social media. Whereas many nurses are extremely busy, the lockdown has caused other health workers to become surplus to need.

The same is true of the broader economy. No economic system can be made resilient to its own deliberate abolition. But perhaps this is beyond the understanding of journalists, many of whom have rushed to indulge the economic wisdom of a child who has not yet completed secondary education.

In Conway’s imagination, wind turbines and solar panels were powering the post-oil green utopia. In reality, they were producing a dangerous surplus that threatened to destabilise the electricity grid, causing operators to demand emergency legislation to take them offline. Yet, thanks to the irrationality of the energy ‘market’ created by green policies, rather than this surplus supply leading to lower prices, money was instead pumped to the green-energy developers – and to the wealthy landowners who rent out the land on which the turbines and solar panels sit.

If there is a term for this political order designed by institutional science, remote technocrats, idiot green journalists and vapid politicians, it is eco-feudalism. Democratic control of the economy is a distant memory. The rights and freedoms enjoyed by people can be constrained by what is deemed ecologically necessary. Science says so, apparently. And the ultimate beneficiaries of whatever trade or movement is still permitted will be the owners of land on which energy – the scarcity of which has been manufactured by diktat – is produced. The pandemic is being used to advance the ‘transition’ to this new political order.

Indeed, the pandemic has played out as a time-lapsed rehearsal of the climate crisis. It has revealed that governments that lack any sense of direction of their own are very easily panicked into making impulsive decisions with catastrophic long-term consequences. And as with climate change, the scientific modelling supplies the main tool of fearmongering – the precautionary principle. The scientists themselves turn out to be as petty, vindictive and self-serving – and as hopelessly divorced from reality – as any politician. Much of their advice has been spurious and unscientific. The supranational WHO, which was supposed to see these emergencies coming and to bring the world’s expertise to bear to solve the crisis, instead dragged its feet.

On this timescale, we can see that far-reaching and regressive political agendas are hidden behind a preoccupation and oversensitivity to risk. And whereas the green agenda has played out in years, we can see in mere weeks that policymakers are indifferent to our lives and livelihoods, and will cynically embrace crises to advance their own interests. There will be no chance of an economic recovery if Britain, the EU and the rest of the world follow their existing climate-change agendas – there will only be a lockdown, or something like it, forever.