Functionaries against the people

The left’s idolisation of Sir Philip Rutnam is completely bonkers. 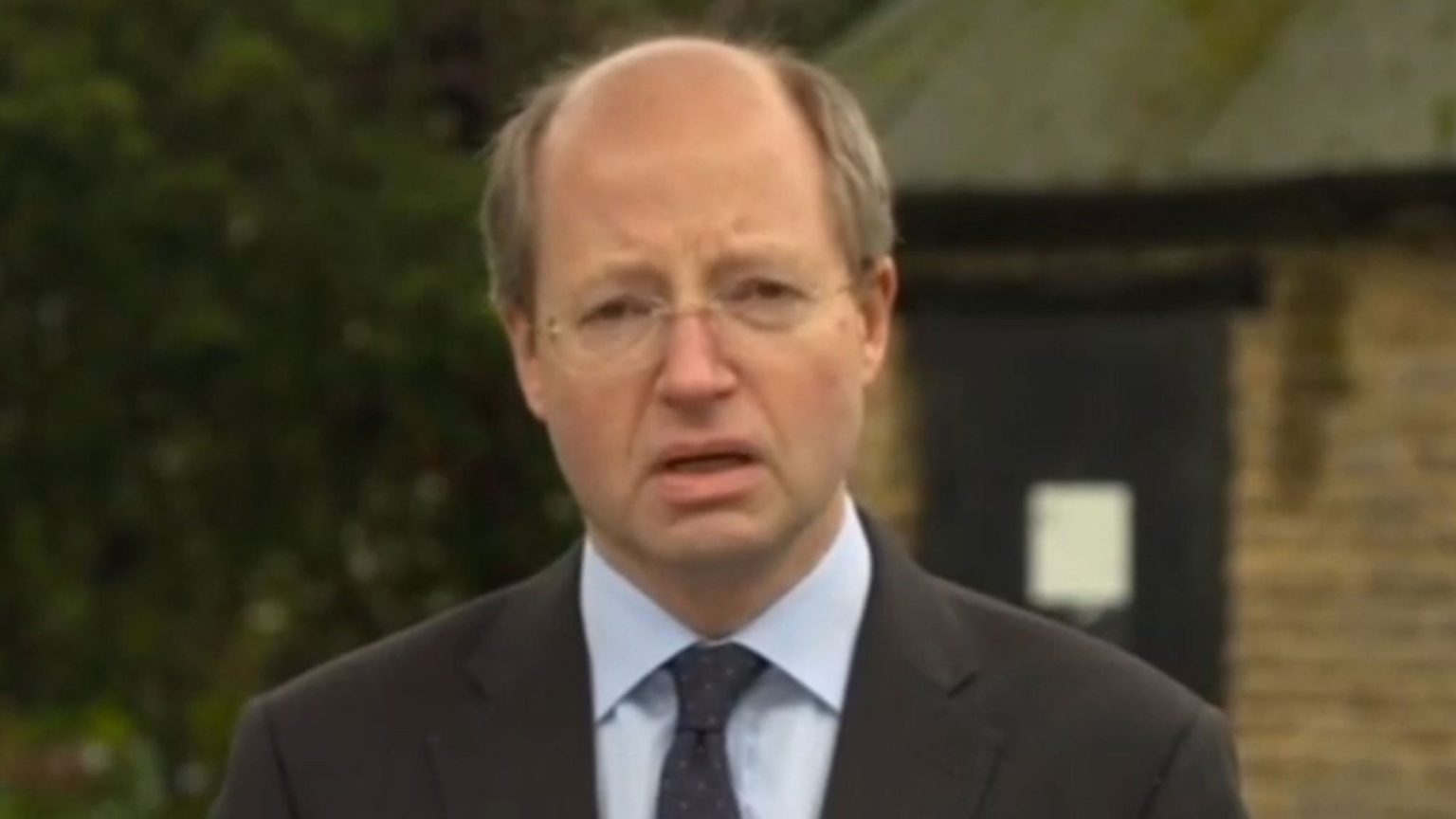 The liberal-left and even some on the supposedly radical left have a new hero: Sir Philip Rutnam. Yes, they’re now worshipping functionaries. They’re now falling at the feet of starched, bureaucratic civil servants. Worse, they seem to have completely forgotten about the Windrush scandal and the hostile environment policy – both of which were overseen by Sir Philip in his role as permanent secretary at the Home Office – in the rush to make him the hero of the hour. Why? Because Rutnam has crossed swords with Priti Patel, and the EU-pining, Boris-hating, populism-fearing left loathes nobody more than Priti Patel. Genghis Khan could have a pop at Priti and they’d be calling him a legend, such is the depth of their dislike for that ‘nasty woman’.

The speed and obsequiousness with which leftish people canonised Rutnam following his resignation on Saturday was alarming. Most of them probably hadn’t heard of him prior to his flounce, but suddenly he was a cross between Mother Teresa and Winston Churchill, the bestest civil servant of our time, the steady, wise, clever counter to the rabid ideologism of the Boris mob. A breathless Guardian editorial likened Boris Johnson’s government to the Jacobin terror, with its use of ‘studied recklessness’ to ‘disrupt [and] demoralise’ representatives of ‘the ancien regime’, like Sir Philip, the People’s Civil Servant, the Bureaucrat of our Hearts. Steady on, Guardianistas: Rutnam has only lost his job, not his head.

The rash, highly political beatification of Sir Philip hasn’t only airbrushed out of view the various screw-ups he has overseen, from fairly mundane screw-ups (while he was in transport) to truly immoral ones (like the Windrush scandal while he was at the Home Office). No, it also turns a blind eye to the unusualness and the cynicism of his extravagant resignation. Civil servants have been falling out with governments for as long as both have existed. But normally the civil servant in question would take it on the chin, slink off into obscurity (or maybe the Lords), and live out a plush retirement. Not Rutnam. He made his resignation into a political weapon. He seems to be out to undermine the elected government. That is more scandalous than Priti Patel allegedly asking civil servants why they are all so ‘fucking useless’.

The Patel / Rutnam clash is more than a personality problem. It’s about politics, and democracy. According to reports – and we must wait to see how true all this is – Rutnam ‘obstructed’ Patel. He reportedly thought she wasn’t up to the job of home secretary and allegedly tried to hinder some of her priorities. If this is true, it looks like the unelected wing of government – the machinery of the civil service – seeking to block the wishes and programme of the elected wing of government. And now Rutnam is threatening to sue the government for constructive dismissal, which would further weaken Patel’s position, potentially hamper her Home Office work, and posit the bureaucracy against elected ministers.

This looks like the revenge of the bureaucracy, a fightback by functionaries, against a freshly, enthusiastically elected government whom they dislike or disagree with. That is intolerable. The civil service exists to act upon the wishes of the government voted in by us, the people. Rutnam’s emotionalist and politicised resignation speaks to a civil service that has forgotten this role and has become rather too big for its boots. It speaks to a civil service which, as we have already seen over the past three-and-a-half years of Brexit tension, believes it knows better than the plebs what the political priorities of the nation should be.

Tellingly, Rutnam’s supporters are using the language of ‘bullying’ to describe Patel’s behaviour. There is something ridiculous about the idea that middle-aged men who have been high up in the civil service for decades are being bullied by Ms Patel. Also, I thought we were meant to be in favour of strong female bosses? Don’t call them bossy, don’t call them bitches, feminists have been instructing us for years. And yet the Rutnam fanclub in the liberal and leftish media has no problem branding Ms Patel a nasty piece of work, a bullying bitch, simply because she stood up to the sclerotic civil service and insisted that it carry out her brief.

The left’s lining-up behind Rutnam speaks to how thoroughly it has lost its way. The left in this country has become so distant from voters that it now favours the bureaucratic machine over the people. Indeed, during the Brexit years some on the left cheered the House of Lords as it haughtily sought to stymie Brexit and block the masses’ wish to leave the EU. Last week they cheered judges at the Court of Appeal who arrogantly overrode the wishes of elected politicians, and of the majority of the public, by blocking the expansion of Heathrow. And now they fawn over a permanent secretary who reportedly ‘obstructed’ the agenda of one of the most electorally popular governments in decades.

The left, including the Labour Party, which has supported all of the above establishment assaults on the popular will, has become utterly estranged from democracy. It now looks to the machinery of state to enforce its narrow, PC, technocratic agenda, even if that means trampling over the millions who backed Brexit, the millions who voted for Boris, and the millions who want a bigger, more efficient Heathrow. If the left isn’t for democracy, what is it for? This is a movement that was founded to give voice to ordinary people. Now it does the opposite: it cynically thwarts the will of the masses by any means necessary. By legal action, by civil-service cynicism, by lordly frustration of the voting public’s will.

This is where that Guardian editorial about Boris being the leader of a 21st-century Jacobin terror becomes really striking. In the past it was the right who panicked and fretted over Jacobin behaviour, over revolutionary antics, over significant social change; now the left does. The left is now pro-establishment, looking with horror upon the apparently Jacobin, working-class-backed Tory Party. What a staggering state of affairs. All that Corbynista bluster about being political insurgents evaporates into history as the contemporary left stands exposed for what it really is – a nervous, cautious, defender of the status quo against the troublesome rabble.