The worst of the euro crisis is behind us, but growth remains elusive. 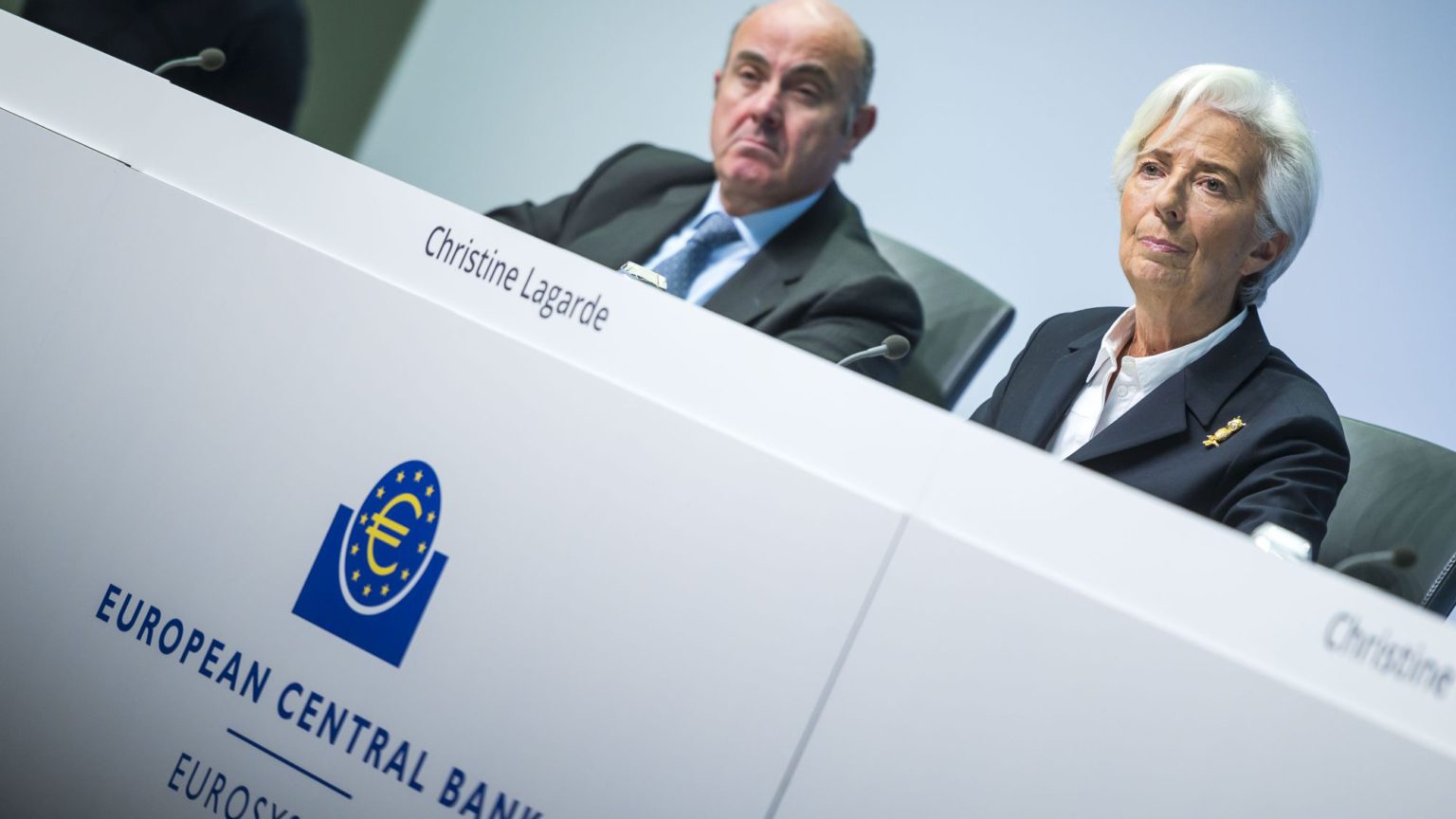 For much of the 2010s, the eurozone faced what looked like a threat to its very existence.

In the wake of the global financial crisis, it was revealed by the Greek government that, for years, its budget deficit had been far higher than previously publicised. In what is now a well-known story, fears over the financial position of Greece soon spread to other eurozone countries with high budget deficits and supposedly unsustainable debt levels. Collectively, these indebted countries earned the acronym ‘PIIGS’ – Portugal, Italy, Ireland, Greece and Spain.

Many commentators at the time pointed out that the weak position of these countries stemmed from being part of a eurozone monetary union. In better times, sharing a currency with Germany gave them an artificially high exchange rate, dampening growth. But in bad times, these countries were unable to devalue their currency, meaning they could not boost growth by increasing the competitiveness of their exports. They were also unable to lessen their debt burdens through currency devaluation.

The solution the EU, the IMF and heads of European states came up with was to offer a series of bailout packages to the affected states. But the bailouts were only offered on the condition of sharp reductions in public spending and sometimes painful economic reforms – often called ‘internal devaluation’.

Greece suffered the brunt of these measures, itself being in the worst fiscal position, leading to the tense standoff with Brussels in 2015. Similar policies were rolled out across the eurozone in the 2010s, stoking anger and anti-EU sentiment. For officials in Brussels, the prospect of a breakup of the eurozone became a recurring nightmare.

Somehow, the EU muddled through and the euro is still with us. And while the economic damage and resulting anger in many countries on the periphery is still visible, the prospect of a eurozone breakup currently is relatively low.

There are still potential flare-ups, though so-far these have been contained. For example, in Italy just one year ago, the then coalition government of the Five Star Movement and the League were facing off with Brussels over the Italian budget. Although the League – the most anti-euro of the two parties – is now out of government, it is still polling highly and has been successful in recent European and regional elections. Yet broadly there is a sense that the worst of the eurozone crisis is over – at least for now.

This sense of calm is most clearly demonstrated by the extraordinary recovery of the bond yields for Europe’s peripheral states. Most astonishingly, Greece’s government can now lend at less than one per cent, with yield of the country’s 10-year bonds dipping below 0.90 per cent in the past week. Investors in financial markets are now so confident in Greece’s ability to pay them in 10 years’ time that they are prepared to accept a yield of just 0.90 per cent. That’s a stark contrast to the roughly 30 per cent yield on Greek bonds in the worst days of the crisis.

Meanwhile, Italy’s 10-year yield also sits around 0.95 per cent, after spiking in the days of Brussels/Rome standoffs. The shaky coalition between the Democratic Party and Five Star, which emerged in September last year, has restored the confidence of markets, it seems. Both Spain and Portugal’s 10-year government bonds have had yields just below 0.28 per cent.

This decline in yields is partly indicative of a greater confidence in the southern European economies. However, it is also part of a wider trend of collapsing borrowing costs across the world. Central banks around the world have held interest rates at historic lows since the financial crisis. In the most extreme cases, such as the eurozone’s European Central Bank, rates were pushed to below zero. This meant that commercial banks are charged for holding money in accounts at the central bank. Following fears over economic growth in 2019, central banks around the world once again embarked on a course of lowering rates and easing monetary policy, the ECB included.

Lower central bank rates, as well as fears over the global economy, led investors to rush into so-called safe-haven assets. As a result, the borrowing costs of many European governments plummeted. Most notably, the yields on German 10-year bonds fell into negative territory for the first time since October 2016. A negative yield on a bond effectively means investors pay for the privilege of lending money. France and the Netherlands are also in negative territory. And it is not just government German bonds offering negative yields. Most notably, France’s luxury-goods giant LVMH, which owns brands like Louis Vuitton, Moët & Chandon and Hennessy, recently issued bonds with a negative yield.

In such an environment, investors have been desperate for bonds which offer some yield. As a result, many have moved into buying Greek and other southern European bonds which still offer a yield above zero. The borrowing cost of such countries needs to be viewed in the context of what else is on offer to financial markets. Does Greece’s yield of 0.90 per cent really look that crazy in an environment where a French fashion company can be paid to borrow from investors?

But this brings us to the key change in the European Union’s ongoing crisis: the union’s problems are no longer confined to the periphery, but are now continent-wide.

Negative interest rates and low-yielding bonds are themselves reflective of a wider issue in Europe: poor economic growth. While the ECB’s decision to cut rates further in 2019 was part of a global trend among central banks, the ECB has often led the way on negative interest rates, in a bid to do something to reflate the eurozone’s struggling economy.

This has been largely to no avail, however. And now, the engine of European growth, Germany, has also started to see significant economic weakness. Early data suggests German GDP grew at just 0.6 per cent for the full year 2019, the weakest annual expansion since 2013.

In any case, there is still a growing concern about the utter inability of the eurozone to produce meaningful economic growth. The ECB’s policy of simply lowering rates further to prop up the continent is looked upon increasingly sceptically. Indeed, there is a growing chorus of critics alleging that the policy of negative rates is actually hurting economic growth.

First of all, negative rates harm the profitability of the banking sector, which itself can hamper growth. Negative rates also sustain the so-called zombie economy, composed of companies propped up on low borrowing costs which should have long ago been allowed to fail. This ties up capital and labour in underperforming firms, which undermines growth and productivity. Added to that, negative rates encourage excessive risk-taking by financial markets in search of anything offering a yield – hence the willingness of investors to lend Greece money for a yield as little as 0.90 per cent. The Swedish Central Bank – the first in the world to impose negative interest rates – has since abandoned the policy on the back of similar concerns.

All sorts of ideas have been floated to boost the eurozone’s growth rate. For some, the solution is to double down on loose monetary policy. According to BlackRock’s Larry Fink and Rick Rieder, the ECB should start buying equities in a bid to boost the economy. For others, the obvious solution is for European countries (read: Germany) to increase public spending.

Most recently, eurozone finance ministers warned in a joint document outlining a plan for modest fiscal stimulus that, ‘The risk of a further prolonged period of low growth and inflation driven by anaemic productivity and aging populations looms’. The eurozone, the ministers worry, could end up seeing long-term economic stagnation similar to Japan’s.

The heady days of stern words traded between Greek and German finance ministers and talk of eurozone breakdown may now be behind us. But Europe’s economic problems have shifted from the periphery to the core.

Tom Bailey is a financial journalist based in London.