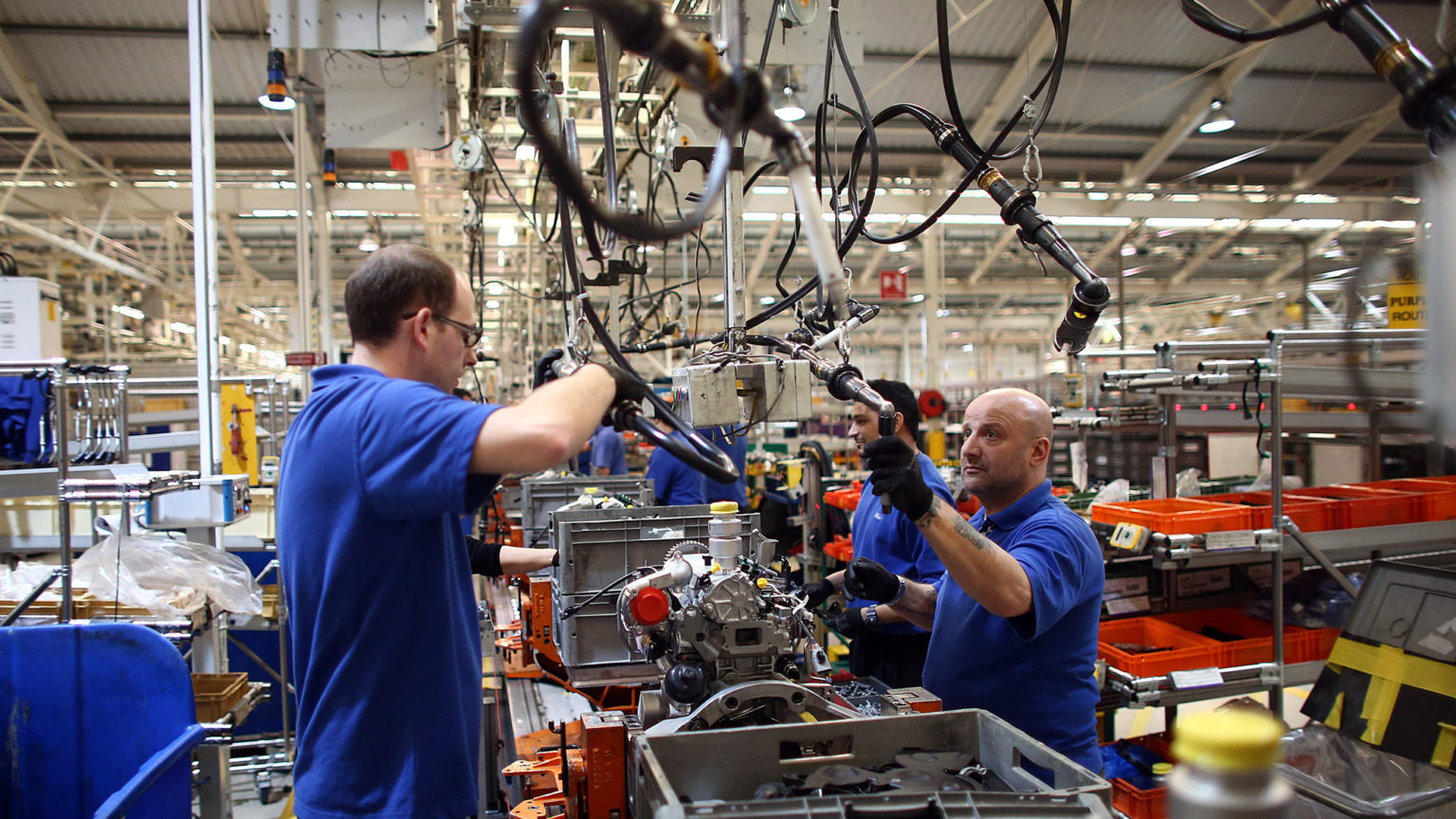 Beyond the zombie economy

The British state is propping up too many unprofitable businesses and perpetuating the economic crisis.

The reaction to last week’s Office for National Statistics (ONS) update on the dire state of British productivity was engulfed by the usual Brexit myopia. The biggest productivity fall of the past five years was unsurprisingly attributed to the default explanation for everything these days: Brexit uncertainties. This buried the much more significant point the ONS reiterated: the current slowdown in productivity growth was noticeable at least 15 years ago.

The productivity problem therefore not only long precedes the Brexit discussions. It also long precedes the 2008 financial crisis. Longer-term studies actually reveal that the decline in productivity growth, not just in Britain but across mature industrialised countries, has been pretty relentless since the 1970s.

Remember growth in productivity is crucial because for the past 250 years it is what has enabled living standards to rise. Productivity is more than a boring statistic. In indicating the amount produced by each person, it underpins how much people are paid. And although some worriers say that increasing productivity is bad for jobs, because it means fewer workers for the same output, the metric is actually indicative of the sturdiness of employment. Growing productivity enhances job security, since it is a better sign of market competitiveness for your services or products than the alternative of flat or declining productivity. All this implies that flatlining productivity is the most telling of all economic stories.

That its slowdown began so long ago means the problem is deep-seated and therefore justifies a substantial strategic response. This is usually presented as an activist industrial policy. Economists tell us, and history shows us, that increasing productivity is primarily a function of business investment in innovation and in new technologies. Whether you’re making things or delivering services, using better equipment is what makes us more productive. So the goal of industrial policy is not controversial: it is to enable businesses to invest more in innovation.

But the big paradox about industrial policies is the contrast between the extensive cross-party consensus on this issue and the lack of headway in reviving investment and productivity. All the main political parties – Labour, Tory, the Lib Dems, the Brexit Party, the Greens, and the SNP – agree there is an urgent need for a strong industrial policy to reset the economy. They mostly agree, too, on the main positive measures it should include. Even self-identified ‘free marketers’ support the idea of governments spending more on infrastructure, especially transport, on research, and on education and training. There are some differences on particular projects – HS2, Heathrow expansion – but the idea that the market alone won’t revive the overall economy and create enough decent jobs is pretty well accepted.

So if there is so much political agreement on industrial policy, why is productivity still so stuck? One instinctive answer is that since the financial crisis there hasn’t been the money to pay for these policies. While this contestable excuse has been used in the past, it is less heard today because most politicians now also agree that extra state spending on infrastructure and research justifies additional public borrowing.

A more substantial explanation for the paradox lies beyond the matter of the scale of state spending. However helpful some of these industrial policies might be in some situations, in today’s business circumstances they are simply unable to bring about the necessary step-change in business investment. That’s because our productivity malaise is located deeply within the existing business network. Ultimately, we have a problem with profitability.

For example, having faster, more frequent trains on a better rail network is something any business, as well as most people, would welcome. Upgrading rail lines will itself create some decent jobs for a time. But when it comes to businesses discussing investment proposals, directors do not focus on how long it takes a sales person to go from the office to the customers, or how easy it is to get supplies to the factory from Felixstowe docks. No, corporate investment decisions are so sparse primarily due to the perceived shortage of profitable business opportunities. The apparent insufficiency of financial return is the most important investment barrier to be resolved.

A big factor in this dearth of payback is the consolidation of the zombie economy: the business environment that is now congested by a preponderance of low-productivity, struggling businesses that do little more than tick over. As the word ‘zombie’ implies, these businesses, and the wider economy, are stuck in an undead state. This is worse than being dead, because the zombies still stagger along and clog things up for all businesses.

However much some healthier existing firms, or entrepreneurial start-ups might desire to innovate, the wider economy is too sluggish to make these investments sufficiently well paying. The zombie economy smothers creative impulses and chokes up activity. And it’s big, too. Outside the top one per cent of companies who are doing okay, most of the other 99 per cent have had very little if any productivity growth since the turn of the millennium. We can be inspired by individual business-success stories that occur in every sector and every region of the country, but we should be frustrated that these coexist with flat productivity across the economy as a whole.

The sheer weight of undead businesses has held back productivity growth less by stifling innovation, than by impeding the diffusion of potentially transformative technologies across the rest of the economy. And, tellingly, the productivity gap between the frontier firms and the rest has been widening at least since the start of the century.

As a result of the congestion, not enough firms using more advanced technologies have been replacing outdated, less efficient ones, resulting in the overall productivity slowdown. Even at the top of the business tree, congestion drags down the higher-productivity elite. We can find many instances of highly automated workplaces that are continuing to invest and raise their productivity. But they are doing so more slowly than their predecessors. In fact, there is evidence that the biggest decline in the rates of productivity growth over the past couple of decades has been within the top-tier innovators

The existence of the zombie economy is not just a natural phenomenon of late capitalism. It has also been reinforced by the policy environment going back 30 years or more. Successive governments of all political stripes have devoted most of their economic efforts to trying to sustain the existing economy. The norm has been packages of public measures shoring up incumbency. Existing firms and industries – weak as well as stronger ones – have been propped up at the expense of new and growing ones. In the process, the state has become a conservator state, with many public policies working to shield and protect the anaemic condition of economic life.

Take the easier monetary policies undertaken by central banks. The near continuous loosening of monetary policies since the late 1980s has enabled politicians and business leaders to duck the difficult decision that destroying the disease is necessary for restoring economic health. These policies have underpinned the increasing indebtedness that bankrolls the zombie economy. By preventing a thorough business shakeout, government and central-bank policies have been perpetuating our productivity impasse.

Resolving it has to start not with the positive industrial policies of spending on infrastructure and research, but with policies that kill off the zombie economy. The sequencing is crucial. Without first clearing away zombification, even the most ambitious industrial policies will make little constructive impact.

This therefore needs to go hand-in-hand with measures to assist people financially during the transition into new and better jobs, not least when people are already employed in low-productivity workplaces. Help to find different employment and, if required, to move home to be near it, should complement public financial sponsorship for families during the transition. State-funded re-skilling would be offered in association with the training provided by new employers.

Radical restructuring on this scale might seem drastic. Certainly, it will be painful. But, unfortunately, there is no painless way out of our current malaise. For most people today, employment in the bottom 99 per cent of firms isn’t giving them adequate security, training or rising incomes. This extends far beyond the hundreds of thousands of people on zero-hours contracts, or the millions working in the gig economy who mostly lack basic employment rights, like sick leave or paid holiday.

It is about the millions more men and women employed not only by just-about-coping small businesses, but also by large established but debt-burdened employers. Recall that last month 9,000 Thomas Cook employees lost their jobs when their long-established 178-year-old business collapsed under an unsustainable pile of debt. It’s good news that up to 2,500 of them have enjoyed a reprieve: another agency, Hays Travel, has taken over all the high-street stores, without their debts, from the Official Receiver.

However, these people’s harrowing experience shows that working even for a household name is no guarantee of stable employment. Think of all the other indebted ones that have floundered recently: Carillion, Debenhams, HMV, Patisserie Valerie, House of Fraser, and 135-year-old Bury Football Club. Reflect, too, on the 5,000 people driving for the loss-making Addison Lee taxi group in London. This week they’ve heard that their owners are trying to sell off a business that has been going since the 1970s in anticipation of over £200million of debt falling due over the next few years.

Or consider the 14,000 staff at Pizza Express – selling the British public pizzas since the 1960s – reading that their employers are struggling under a debt burden the equivalent of £1.6million for each of its 600 outlets. The firm’s operating profits over the past two years have been insufficient to cover the debt-interest charges. Some commentators think that over a third of their stores could be unprofitable and at risk of closure. A company spokesman did not reassure people: ‘There are no plans for closures outside the normal course of business.’

These are just some of the better known entities within the half-a-million UK businesses – that’s one in seven of all active ones – that Red Flag Alert reported were in ‘extreme significant financial distress’ in the middle of this year. Average company debt has more than doubled since 2016. Zombification is a huge and expanding problem.

Out of the destruction of the old zombies, the populace, assisted by the collective resources of the state, can start to build a new economy. Productivity can be shaken out of its current doldrums. And men and women will have the opportunity to take higher paid, more secure jobs that offer on-the-job training, instead of the lousy ones they have today.