There is a disturbing reluctance to condemn anti-Semitism when it comes from ethnic minorities. 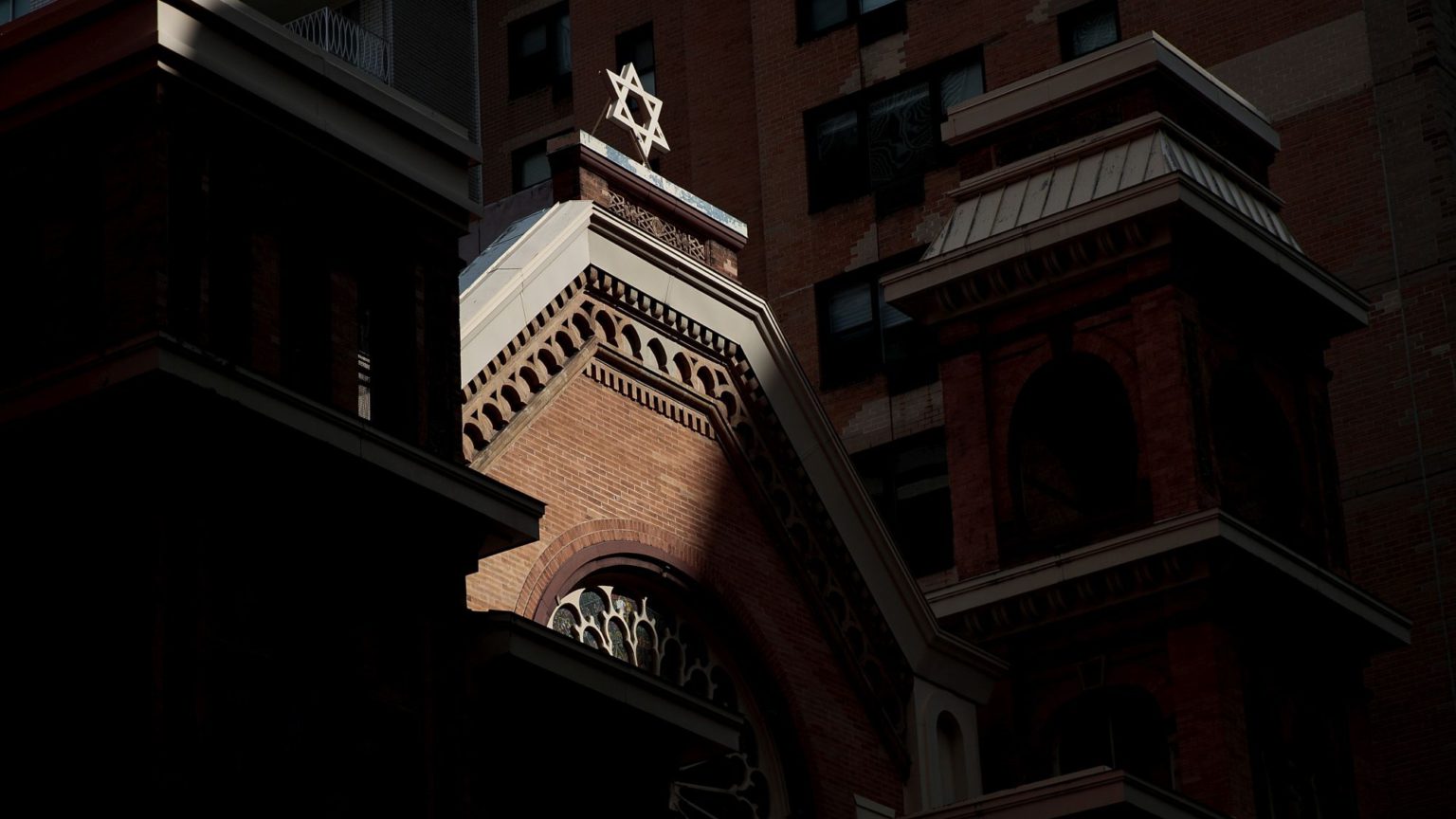 New York has been the scene of a number of vicious anti-Semitic attacks over the past few weeks. The most shocking occurred in the final days of December when a machete-wielding man barged into a Hasidic rabbi’s home in Monsey (30 miles north of New York City) and stabbed five people who were celebrating Hanukkah.

The visceral terror of the Monsey attack – a lunatic with a machete violating a religious ceremony in a rabbi’s home in the middle of the night – has sparked a wider recognition that anti-Semitic violence has become a serious problem in New York and elsewhere in the US. The past weeks have been especially terrifying for Jewish people, who have been subject to a ‘kind of slow-moving pogrom’, as one observer put it. In the week between the shooting at a kosher supermarket in Jersey City in mid-December, which killed six, and the stabbings in Monsey, there was an attack nearly every day on Jewish New Yorkers.

The siege in Monsey prompted elected officials – including New York City mayor Bill DeBlasio and New York state governor Andrew Cuomo – to condemn anti-Semitism. Their interventions are welcome, but many are asking: where have you been? The same could be asked of the media, which have, up to now, been treating anti-Semitic attacks with a collective shrug of the shoulder.

While the latest attacks are particularly gruesome and shocking, the reality is that incidents of anti-Semitic violence have been on the increase in New York for many months. A July 2019 story in the Tablet detailed a number of gruesome attacks in New York in the year prior. In one, a Hasidic student was sucker-punched by teens as he walked past them, and knocked to the sidewalk. In another, a tall Hispanic man was chasing two teenage girls; when he was confronted by a Jewish man, he shouted, ‘You Jews, you’ve created this cult’, and spat in his face. These anecdotes are backed up by statistics: anti-Semitic hate crimes in New York City doubled between 2017 and 2018, and increased again in 2019. A new report finds that anti-Semitic crimes in New York, Chicago and Los Angeles have hit an 18-year high.

The relative paucity of media coverage of the Jersey City shooting, and the tepid response from public authorities to it, were particularly striking. The two attackers were linked to the Black Hebrew Israelites, an extreme religious group that views white Jews as ‘fake’. You had to dig deep into the reports to find out that the attackers’ target was in fact a yeshiva above the store, which hosts about 50 schoolchildren, and so the attack could have been far worse. Unlike the response to the mass shooting on Pittsburgh’s Tree of Life synagogue in 2018, there were relatively few editorials calling for a campaign to eradicate anti-Semitism in the wake of the Jersey City shooting.

Video filmed after the bloody assault showed that some in the neighbourhood blamed Jews themselves. And shortly after the attack, Joan Terrell-Paigea, a black Jersey City official, posted a message on Facebook: ‘Where was all this faith and hope when black homeowners were threatened, intimidated, and harassed by I WANT TO BUY YOUR HOUSE brutes of the Jewish community?’ Referring to the shooters, she wrote: ‘Are we brave enough to explore the answer to their message? Are we brave enough to stop the assault on the black communities of America?’ But Terrell-Paige’s rant hardly caused a ripple in public discussion. The usual types who are quick to ‘cancel’ those who make apparently racist comments were conspicuously quiet about this particular screed, and Terrell-Paige is still in her job.

Why has there been such a muted response, such a lack of outrage, about the anti-Semitic attacks in New York? Because the attackers in Brooklyn, Jersey City, Monsey and elsewhere have been mostly black and Hispanic — and therefore they don’t fit the simplistic identitarian construct of colour = good, white = bad. White nationalists killing Jews, as they did in mass shootings in Pittsburgh and in Poway, California in recent months, fit the identity-politics narrative. Black people killing Jews just doesn’t. Immediately after the Jersey City shootings, Democratic Party congresswoman Rashida Tlaib tweeted: ‘This is heartbreaking. White Supremacy Kills.’ But when she learned that the killers were black, she simply deleted the tweet – no explanation, end of discussion.

Many progressives in the US effectively give a free pass to anti-Semitism when it doesn’t fit the narrative of ‘white supremacy’. This is the message from the top down, from prominent politicians and other public figures. In March, Democrats in Congress failed to hold representative Ilhan Omar accountable for a series of anti-Semitic tweets. Initial attempts by House Democrats to pass a resolution against anti-Semitism collapsed as progressives said it was unfair to Omar, a black woman. Presidential candidates Bernie Sanders and Elizabeth Warren, in response to the Omar controversy, both said that criticism of Israel was legitimate and not anti-Semitic – conveniently overlooking that Omar’s comments were not about Israel, but about the Jews in America.

In the eyes of social-justice campaigners, Jews in the US have become unsympathetic victims. As Frank Furedi recently explained on spiked, Jews are the ‘personification of white privilege’ according to this view, and that places them at the bottom of the hierarchy of victimhood. Sometimes they are seen as the victimisers themselves.

Visibly different Orthodox Jews stand out as especially countercultural in our time. ‘The ultra-Orthodox Jews find themselves sitting ducks again in a New York hostile or indifferent to their fate’, writes Abigail Shrier in the Wall Street Journal.

‘Their values have never been so out of step with the city where they live. They have many children in a time when most Americans have few… They lead traditional lives, directed toward God, and maintain traditional families. They don’t know the meaning of “genderqueer”.’

Some have responded to the anti-Semitic attacks in New York by saying something along the lines of ‘it’s complicated’ – in contrast to outbursts by white nationalists or neo-Nazis, who are immediately condemned. In particular, a supposedly radical socio-economic critique finds that powerful Jews represent gentrification, while powerless blacks are their victims. This ‘explanation’ actually excuses away violence. We certainly don’t see similar attacks waged upon white hipsters, who have been the main source of gentrification in Brooklyn. In a since-deleted tweet, NBC News wrote: ‘With the expansion of Orthodox communities outside NYC has come some civic sparring, and some fear the recent violence may be an outgrowth of that conflict.’ Since when does the movement of people to the suburbs necessarily lead to violence? And were the killers in Jersey City and Monsey just upset about ‘civic’ issues?

These shocking and sad events really capture the noxious influence of the identitarian hierarchy. Somehow and some way, black anti-Semitism ends up being regarded as less of a problem than white anti-Semitism. The socio-economic ‘explanations’ of the attacks, reducing them to black-versus-white racial tension, suggest we shouldn’t dwell too much on the real issue of anti-Semitic prejudice. And, as it happens, these rationalisations are pretty racist in themselves, as they effectively claim that it is understandable for a tiny minority of blacks to turn to violence. If white individuals can be evil, but blacks cannot, then black people are not true moral agents.

Ultimately, the message that only attacks by white nationalists count as ‘true’ anti-Semitism is dangerous. The end result is a kind of implicit impunity for non-white anti-Semitism, a social green light, where certain groups get the message that their attacks on Jews make some kind of sense. The new anti-Semitism needs to be rejected unequivocally and vigorously opposed, no matter where it comes from.