After the election: what now for Northern Ireland?

The unhappy alliance between Britain and the remnants of its oldest colony are under strain. 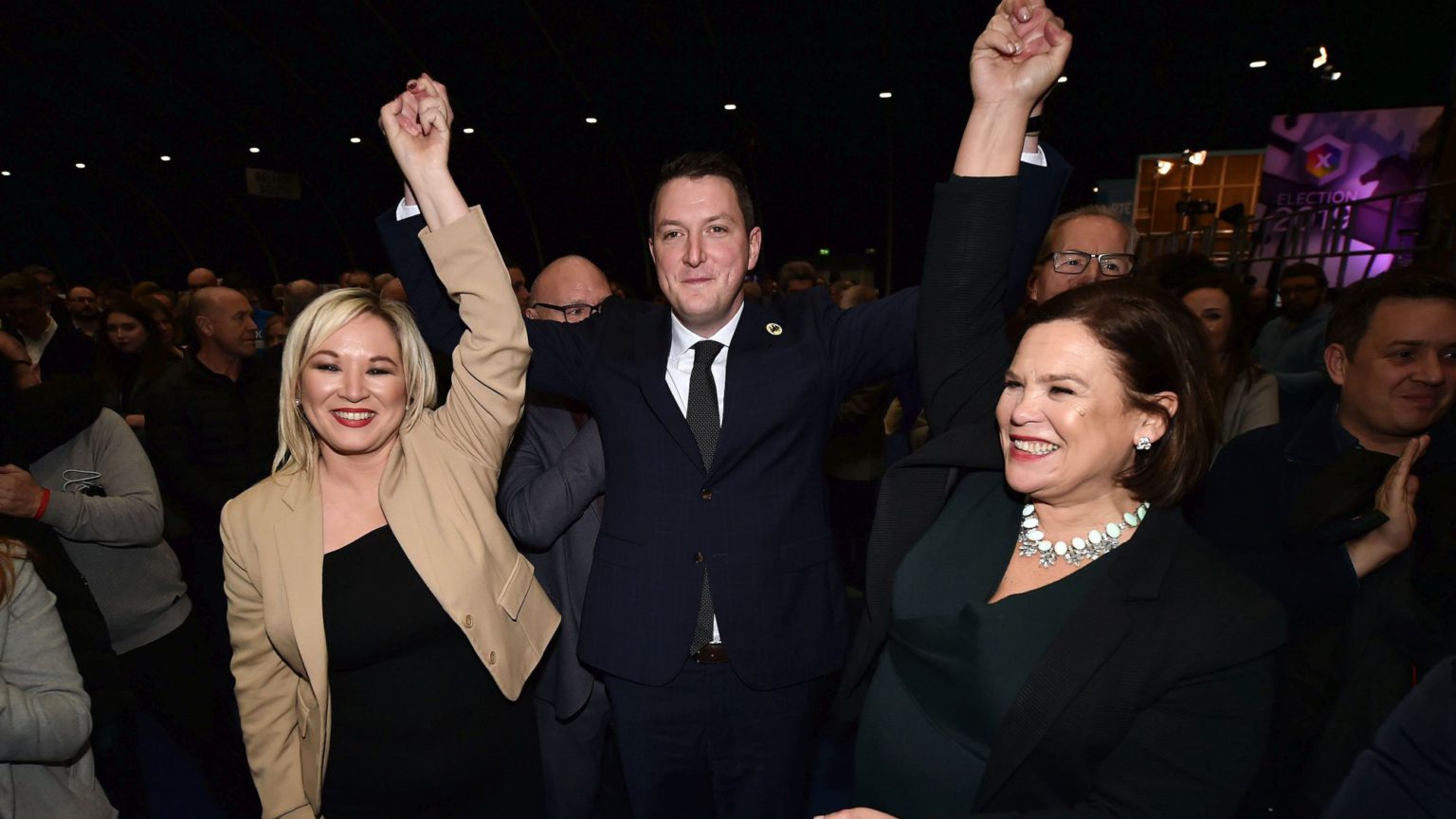 For over three years, politicians and media commentators have been issuing dire warnings that Brexit would undermine Northern Ireland’s peace settlement and even reignite political violence. Those brave few prepared to raise their heads above the parapet to question this counsel of despair were simply dismissed as ill-informed and reckless and frequently called upon to retract.

But as argued on spiked, it was always possible to see Brexit more positively in relation to Northern Ireland, as one of a number of disruptive factors with the potential to breathe new life into Northern Ireland’s crisis-ridden political system. And last week’s General Election results confirm that Northern Ireland’s electoral geography is changing and that Brexit has acted as a catalyst, encouraging more people to think and vote outside of their traditional party loyalties.

In June 2016, Northern Ireland voted by a majority of 56 to 44 per cent for the United Kingdom to remain in the European Union. The largest Unionist party, the DUP, backed Leave, while Sinn Fein backed Remain. In a region in which political loyalties and patterns of voting are strongly determined by religious and communal affiliations, it was tempting to interpret the referendum result in terms of just another sectarian headcount.

But the situation was complicated by a substantial number of Unionist voters with a clear economic interest and ideological commitment to remaining in the EU. Some worried about the impact of Brexit on the economy and people’s livelihoods, particularly in Northern Ireland’s large agricultural sector. Others, often identifying with what they believed to be the more socially progressive values of the EU, belonged to a new generation of Unionist voters who were already moving towards the political centre ground.

The results of the 2019 General Election have confirmed two significant political trends that were evident in the Northern Ireland Assembly elections of 2017, and in the ‘little earthquakes’ that occurred in the local government elections two months after that. First, that the drift towards the political centre is continuing among mainly middle-class Unionists. And secondly, that the old ‘ethno-cultural’ politics is declining in favour of a new focus on economic and social-justice issues.

While the DUP remained the largest Assembly party after the elections in 2017, its majority was cut from 10 seats to one. Meanwhile, although Sinn Fein increased its percentage of votes and seats by mobilising nationalist voters against the DUP, it tailored its message to attract the growing number of voters concerned with contemporary political issues such as marriage equality, abortion rights, environmental protections and respect for minority rights.

While starting from a low electoral base, small parties, particularly the Alliance Party, have benefited from the social and demographic changes in Northern Ireland. They are able to attract the growing numbers who have turned away from the old politics of Unionism and nationalism. Indeed, Sinn Fein and the DUP both suffered a decline in vote share at the General Election last week, while the Alliance Party continued to gather momentum far beyond its middle-class, urban heartlands.

The DUP and Sinn Fein may still retain the largest share of the popular vote (roughly 31 per cent and 23 per cent respectively), but the Alliance Party has taken third place with 17 per cent. There is now widespread agreement that the government of Northern Ireland, which collapsed almost three years ago in a bitter row between the DUP and Sinn Fein, will be restored as early as spring 2020. And when voters return to the ballot box to elect new Assembly members, they will wield the weapon of proportional representation to punish political failure. A strong turnout for the Alliance Party would be decisive in breaking the stranglehold of the DUP and Sinn Fein governing coalition, which has held back meaningful change in Northern Ireland in the decades following the Good Friday Agreement.

The DUP’s declining vote share was not the only headline story of the General Election in Northern Ireland. Pro-Remain pacts between political rivals paved the way for a spectacular Alliance victory in Unionist North Down, and two humiliating defeats for the DUP, to the SDLP in South Belfast and to Sinn Fein in North Belfast, who took the seat from DUP deputy leader and Brexit supporter Nigel Dodds.

Opposition to Brexit was also a factor behind the SDLP win in the Derry constituency of Foyle, where Sinn Fein suffered an astonishing 19 per cent drop in its vote. The decision to replace an abstentionist Sinn Feiner with a nationalist MP willing to speak for Derry in Westminster suggests that voters in this border constituency value the certainty of political representation in London above rhetorical promises of Irish unity.

Back on the mainland, the Tory landslide has given the British government a stronger hand to deliver the Brexit it wants. When prime minister Boris Johnson brings his Withdrawal Agreement back to parliament, the UK will begin its formal exit from the EU and begin negotiations on the future relationship. Whatever the final trade deal looks like, Northern Ireland will stay behind as part of the EU’s Single Market. The people of Britain, Northern Ireland and Ireland will have to negotiate any future relationships within these changed economic and political realities.

Two predictions have emerged in the aftermath of last week’s General Election, which appear contradictory. One proposes the possibilities of a border poll and the reunification of Ireland. The other proposes a further consolidation of the centre ground, with a new generation of voters and politicians whose identification with Northern Ireland is based on post-nationalist values of ‘partnership, equality and mutual respect’.

Whatever happens, the future integrity of the ‘precious union’ between Britain and Northern Ireland has been called into question. Many see the decline of the Unionist vote share, combined with demographic shifts and a Brexit deal, as consolidating an economic united Ireland.

The decisive moment in all this occurred in October 2019, when prime minister Boris Johnson and Irish Taoiseach Leo Vardakar agreed to break the impasse on the Irish backstop by drawing the EU’s new customs border around the island of Ireland. Having been pivotal to the Brexit negotiations during May’s minority government, the DUP fell into the old trap of believing that loyalists and Unionists held the whip hand over British policy in Northern Ireland.

Its very public humiliation at the hands of the Tories has forced it to confront the reality of its own historical position as dependants on and instruments of British rule, now suddenly and shockingly shown to be surplus to requirements. In this way, the contradictions raised by Brexit may be instrumental in bringing an end to the unhappy alliance between Britain and the remnants of its oldest colony.