The end of Northern Ireland? Not so fast

The shrinking of Unionism is not down to a surge in republicanism. 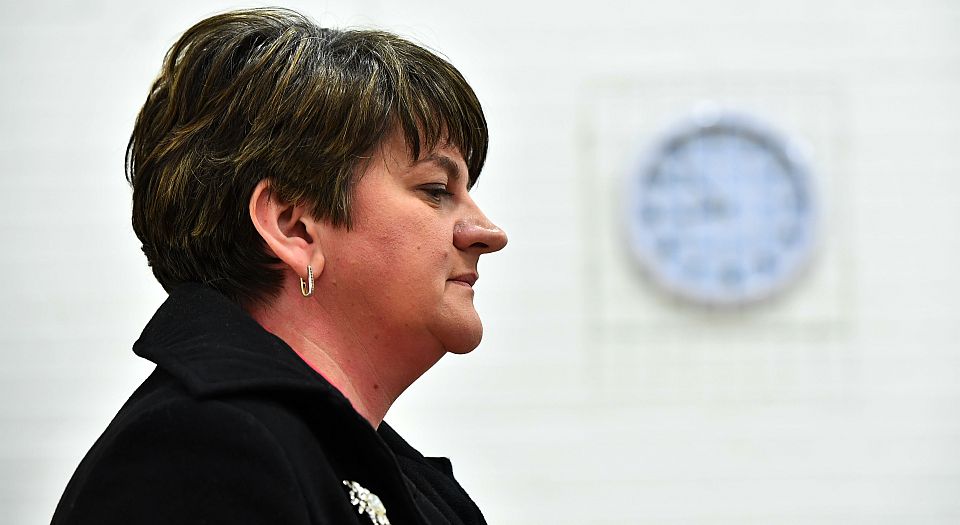 Talks are underway to reinstate power sharing in Northern Ireland after last week’s election, which followed the collapse of the previous power-sharing executive in January. The standoff that has brought to an end a decade of joint rule between Unionist and nationalist parties bears all the hallmarks of brinkmanship and choreographed crisis that has dogged politics in Northern Ireland since the 1998 Good Friday Agreement.

Where once British and Irish prime ministers and even US presidents would have rolled up their sleeves to broker deals around weapons decommissioning, the release of paramilitary prisoners or recognition of the police service and the rule of law, today’s ‘crisis summits’ tend to be much more localised and arcane affairs. The present crisis arose from a botched ‘green energy’ scheme and a controversy around the legal recognition of the Irish language. This is small beer compared with previous crises, yet the underlying instabilities that cause each crisis are the same. In replacing majority rule with community consent and coercive participation in power-sharing institutions, the Good Friday Agreement placed the management of inter- and intra-communal conflict centre stage. The permanent state of crisis that continues to dog power-sharing attests to the impossibility of two mutually antagonistic peoples – Unionists and nationalists – jointly pursuing ‘the goal of a Northern Ireland where politics works’.

Although the circumstances that gave rise to last week’s elections seem familiar, the dramatic results of the election appear to have taken all parties by surprise. The Democratic Unionist Party (DUP) remains the largest party in the Assembly, yet an unexpected surge in support for Sinn Féin has cut the DUP’s majority from 10 seats to one. This challenges long-held assumptions of a permanent Unionist ascendancy in Stormont.

The Partition of Ireland and subsequent gerrymandering of the Six Counties had been precisely designed to maintain Unionist supremacy. The guarantee of equal recognition for the political aspirations of both communities enshrined in the Good Friday Agreement – the principle of ‘parity of esteem’ – was designed to bring nationalists into the political process while upholding the Partitionist settlement. From a nationalist perspective, the agreement legitimated their political identification as Irish alongside their aspiration for the goal of Irish unity. Among Unionists, however, the agreement was seen as a necessary concession for maintaining the status quo. From a Unionist perspective, the Union was guaranteed through the principle of consent, which makes the future constitutional status of Northern Ireland contingent on the agreement and consent of the majority of its people. In calling its majority status into question, the election results have punctured Unionist confidence while potentially reawakening nationalist aspirations.

With electoral turnout up by 10 per cent on last May, the result is also significant as an apparent reversal of the decade-long decline in political engagement, which had become a problem among the nationalist electorate in particular. Many have laid the blame for Sinn Féin’s revived electoral fortunes at the door of DUP leader Arlene Foster, whose open hostility towards the Irish Language Act earned her the honorary title of ‘recruiting agent for Sinn Féin’.

While echoes of historical enmities were clearly a factor in fanning the flames of the crisis, this doesn’t necessarily indicate a deepening of communal polarisation or heightened sectarianism. Whatever one thinks of Foster’s personal manner, her ‘disrespect’ for the Irish language and other aspects of cultural nationalism appears relatively mild in comparison with the naked anti-Catholic and anti-Irish stance of former Unionist heavyweights like Ian Paisley, Gregory Campbell and Sammy Wilson. While the bad old days of Unionist triumphalism may be over, the culture of giving and taking offence at symbolic slights remains the hallmark of Northern Irish politics.

However, far from chiming with the sectarian sentiments of the population at large, the constant drone of tit-for-tat sniping between Unionist and nationalist politicians may well have acted as a contributory factor to the fall in turnout, from just under 70 per cent to just less than 55 per cent, in the years between the first Assembly elections in 1998 and the previous elections in May 2016. An increase in the popularity of ‘Northern Irish’ as a form of regional self-identification, particularly among young people from Unionist backgrounds, suggests a decline in the old politics of ‘ethno-cultural’ assertion. In this respect, Sinn Féin has been more successful than its Unionist rivals in speaking to contemporary sensitivities, which link the nationalist equality agenda to fashionable concerns about marriage equality, social justice and respect for minority rights.

The UK’s decision to leave the EU has undoubtedly been a significant factor driving support for Sinn Féin. The seven per cent rise in nationalist votes in Sinn Féin’s West Belfast heartland mirrored an eight per cent fall in votes for the former challenger party, the left-wing, pro-Brexit People Before Profit Alliance (PBPA). Fears of a return to a ‘hard border’ were possibly an even greater factor in Derry, where PBPA candidate, veteran leftist Eamonn McCann, lost his Assembly seat.

While Sinn Féin appears to have found itself riding a popular wave among the nationalist electorate, it remains to be seen what direction this wave is flowing in. The nationalists have clearly got it right in terms of responding to the broader sense of disaffection that has been colouring public attitudes towards politics in the post-agreement years. But, even with the border back on the Anglo-Irish political agenda, does this sudden resurgence in Sinn Féin support signal the possibility of an advance towards Irish unity? Or might Sinn Féin confine itself to pressing for further concessions for nationalists within the framework of the Good Friday Agreement? In pursuing a strategy of diplomatic negotiation with London and Dublin, Sinn Féin would benefit from the tactical opportunity of proving its potential to become a ‘responsible partner’ in a future coalition government in the South.

The election results may also indicate a continuation of an incremental drift towards the centre among mainly middle-class Unionists, who seem increasingly willing to vote for the non-aligned Alliance party, while transferring second- and third-preference votes to the Greens and even the nationalist SDLP. However, even if Unionism were to continue its decline as a political force, it will maintain its dominant position in Northern Ireland’s power-sharing institutions for as long as the Union remains.

The electorate may not have produced the result that many predicted or hoped for, but the election clearly gave a substantial section of voters an opportunity to shake things up. With the DUP and Sinn Féin about to enter relationship- and confidence-building talks, and with the possible restoration of Direct Rule from Westminster on the horizon, all the signs point towards a return to the status quo of deal-making, crisis management and political deadlock. Meanwhile, new commissions of inquiry into the culpability for Northern Ireland’s troubled past wait in the wings, a hangover from the last round of crisis talks. With winds of change blowing across Britain and its European neighbours, might this sudden and unexpected reconfiguration of Northern Ireland’s political landscape be seen as the first steps towards building an alternative future, or is it the weary continuation of the status quo?