Thou shalt not question the Good Friday Agreement

Why Barry Gardiner was right to call it a ‘shibboleth’. 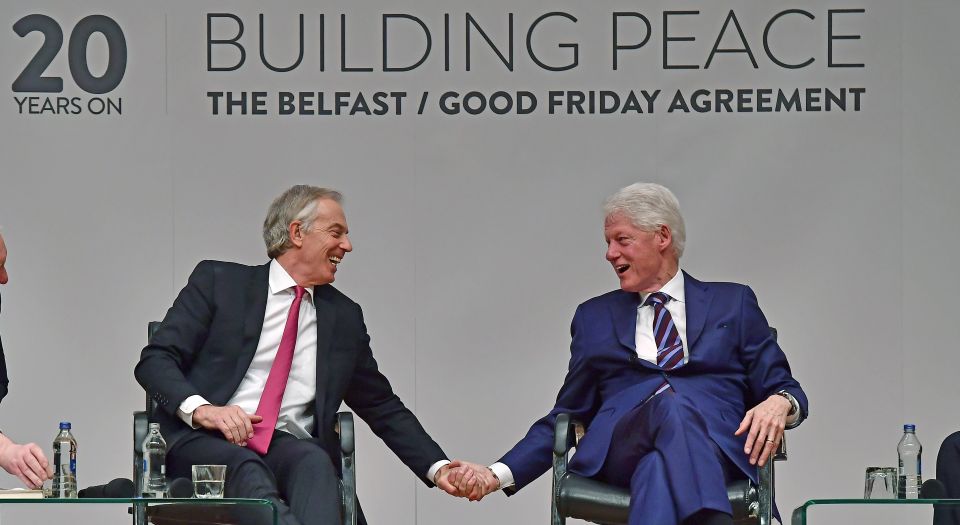 Shadow international trade secretary Barry Gardiner came under fire last week for ‘trashing the Good Friday deal’, after letting slip that a customs border between the Republic of Ireland and Northern Ireland would not prompt an automatic return to paramilitary violence. Secretly recorded at a supposedly off-the-record discussion, organised by the Rosa Luxemburg Stiftung, a left-wing think-tank, Gardiner said there was no reason to fear a post-Brexit ‘hard’ border.

The Labour frontbencher drew a distinction between the old militarised border, with its ‘watchtowers, security paraphernalia and soldiers… with guns’, and the kind of checks and controls that operate on ‘normal borders’ between independent states. Acknowledging that his views were ‘deeply unfashionable’, Gardiner also suggested that the Dublin government had good economic and political reasons for ‘playing up’ concerns about Brexit and the border. He suggested it was using the ‘shibboleth’ of the Good Friday Agreement in pursuit of its national interest.

Gardiner’s challenge to the new orthodoxies surrounding the Good Friday Agreement came to light just as British, Irish and American dignitaries were gathering in Belfast to celebrate the 20th anniversary of that now sacred text. Cue waves of outrage, much angry tweeting and calls for resignation. Tony Blair, former PM and chief architect of the Good Friday deal, was lost for words. ‘I can’t believe that anyone could say that’, he said. Former shadow Northern Ireland secretary Owen Smith branded Gardiner ‘reckless’ and an ‘ideological Brexiter’. Cue Gardiner’s deeply felt apology, in which he said he didn’t intend to suggest the agreement was ‘in any way outdated or unimportant’. Call off the dogs! Barry was back on message, re-affirming his commitment to ‘no hard border between north and south’.

So what was the offence that drew such a clamour for public recantation? As a frontbencher, Gardiner stood accused of being out of line with Labour’s Brexit policy. But how could anyone know what its policy is, exactly? Labour’s manoeuvrings on Brexit are a masterclass in constructive ambiguity. More to the point, what is wrong with a politician expressing honest – if unfashionable – opinions in the context of a private discussion among his or her political comrades?

And what of the substance of his remarks? The claim that Ireland is pursuing its own economic and political interests in relation to Brexit and the border is hardly novel. The Dublin government has made no secret of its determination to exert maximum leverage at the negotiating table as a member of the EU 27. As I reported on spiked last year, the decision to designate the Good Friday Agreement as a ‘red line’ in the EU/UK divorce talks was hailed as a decisive victory for Irish diplomacy. One senior commentator rejoiced that Dublin had seized ‘absolute power under EU law to derail the whole Brexit process’.

Trashing the Good Friday Agreement used to be rather fashionable among politicians, commentators and academics on the left. But fears of Brexit suspended their critical judgement. Many thousands of papers have been published about the obfuscations and evasions in the agreement’s text. Northern Irish politicians used to rail against its legacy of unaccountable power-sharing structures, political cronyism and the way it has fuelled mistrust and entrenched communal division. While critical voices remain, it is a brave few who are still willing to state in public what many privately think – that the agreement has failed to deliver peace and stability. The power-sharing government has been inactive for over a year, following a scandal over a renewable energy scheme. Even if it were possible to restore the government tomorrow, it would simply mean, as one writer put it, returning Northern Ireland to ‘that same dysfunctional government which brought political, social and economic failure’.

The British and Irish 2003 Joint Declaration spelled out the aim ‘that Northern Ireland should be policed as a normal, peaceful society, building on the commitment in the [Good Friday Agreement] to as early a return as possible to normal security arrangements consistent with the level of threat’. And with that in mind, Gardiner’s distinction between militarised and ‘normal’ border arrangements raises key political questions. What is the level of threat and where is it coming from? What would constitute ‘normal border relations’ between the UK and Ireland? And what does a normal, peaceful society look like? Does it look like contemporary Northern Ireland? These are difficult questions, and answering them requires taking some political responsibility. But it is much easier to nod approvingly when Blair reassures us that the agreement is still ‘moving forward’ and clap politely when Bill Clinton sings its praises as a ‘work of surpassing genius’.

To borrow Seamus Heaney’s famous words, when asked about ‘the Irish thing’, ‘to be saved you only must save face, and whatever you say, you say nothing’. Say nothing. Not even as the winds of change blow open a window to rethinking all future political relationships across the island of Ireland. Not even among your political allies in a private discussion, in this instance hosted by a supposedly radical think-tank, named after a fearlessly outspoken German revolutionary who was dedicated to ‘critical thought and political alternatives’. When it comes to the ‘Irish thing’, just as when it comes to the ‘Brexit thing’ – whatever you say, say nothing.