It’s Remoaners who are nostalgic for empire

Guy Verhofstadt praises the EU empire and Remainers are lapping it up. 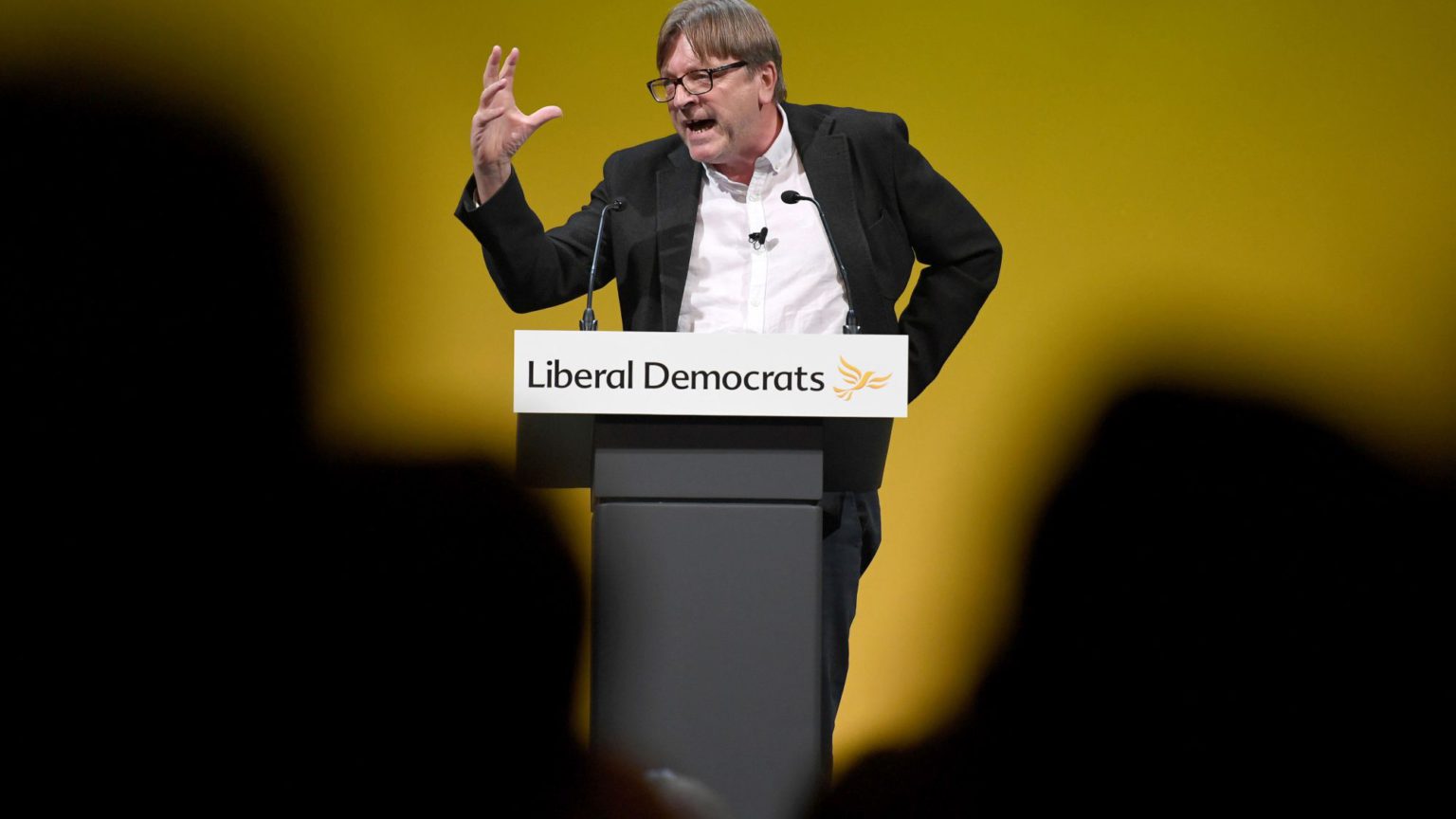 ‘The world of tomorrow is a world of empires, in which we Europeans and you British can only defend your interests, your way of life, by doing it together in a European framework and a European Union’, declared Guy Verhoftstadt, the EU Parliament’s Brexit spokesman, to rapturous applause at the Liberal Democrats’ conference. Verhofstadt is a fanatical Euro-federalist and has been explicit in his support for the EU empire for some time now. He has consistently called for the EU to become an ‘empire of the good’. Perhaps the ultra Remainers are nostalgic for the old world of empire?

Of course, it is usually Brexiteers who are denounced as empire nostalgics. The EU’s chief Brexit negotiator, Michel Barnier, blamed the Leave vote on ‘nostalgia for the past’ and ‘the hope for a return to a powerful global Britain’. The New York Times described Brexit as ‘England’s last gasp of Empire’. A Washington Post headline said ‘Britain clings to imperial nostalgia as Brexit looms’. ‘Imperial fantasies have given us Brexit’, wrote the Guardian’s Gary Younge. In the same paper, historian David Olusaga equated proposals for post-Brexit trade deals with the Commonwealth as Empire 2.0. Danny Dorling and Sally Tomlinson’s preposterous book, Rule Britannia: Brexit and the End of Empire, draws a direct link between 19th-century imperialism and 21st-century Euroscepticism. Brexit resulted from ‘the imperial legacy of colonisation and the failure to decolonise the English school curriculum’, it asserts.

But with the EU, such nostalgia is unnecessary. The European empire is already here. Wolfgang Streeck characterises the EU as a ‘liberal empire’. The EU’s fiendishly complex construction disguises its true nature, but there are some aspects we can certainly identify as imperious. Streeck argues that it has a centre (Germany and France) and a periphery (southern and eastern Europe). The centre rewards compliance with fiscal transfers and military protection. National sovereignty is strictly curtailed, particularly on economic matters, and disobedience among peripheral countries like Greece and Italy is punished with austerity measures and the overthrow of elected governments, who are replaced with imperial governors. Meanwhile, core countries are generally free to break the rules.

The EU is also expansionary, growing from six founder members in 1957 to 28 today (if you include the forever in-limbo Brexit Britain). The European Commission’s most recent expansion plans expect an additional six Western Balkan states to join the EU by 2025. The EU also meddles in non-candidate countries like Ukraine. For Guy Verhofstadt, the already existing empire does not go far enough. Earlier this year he called for the creation of a single ‘Euro-African economic area’ – re-colonisation by other means.

For Britain’s liberal Remainers, the EU provides the certainty of empire while freeing them from the baggage and guilt of the old version and its horrors. Often, EU membership is talked of as an opportunity for Britain not just to participate in the Single Market, but also to take a leading role in EU governance. Before the referendum, former PM Gordon Brown wrote that ‘the true patriotic course for Britain is not just to engage but to lead in Europe’. Now that we are leaving the EU, the political elite agonises over Britain’s global standing. Before the G7 summit, former senior diplomats wrote to Boris Johnson to warn that ‘an impending No Deal Brexit… would result in an unprecedented – and self-inflicted – diminution of Britain’s international influence’. Again, it is Remainers who are clinging on to British influence, but this desire is disguised within a pro-EU outlook.

Brexiteers, on the other hand, at the same time as supposedly pining for a bygone empire, are also labelled as ‘Little Englanders’. Today, a Little Englander is generally used to mean a xenophobe or nationalist. But when the word was first used in the late 18th and 19th centuries, it was applied to opponents of Britain’s imperial expansion. Liberals like William Gladstone and Henry Campbell-Bannerman, who opposed some of Britain’s military ventures, were smeared as Little Englanders. Then, as now, the Little Englanders are hated for their opposition to the empire of the day.

And why would Brexit voters be interested in empire anyway? Many come from towns that have been left behind by political and economic developments of the past 40 years, but it’s not as if they were enriched by empire prior to this. As Janan Ganesh points out in the FT, the regions that ‘shaped and were shaped by empire’ – ‘London, the old metropole; Scotland, the source of many settlers and administrators; Manchester, not just the empire’s industrial centre but its liberal intellectual heart; and the port cities of Liverpool and Bristol’ – all voted Remain.

Imperial nostalgia did not cause Brexit, but imperial ambitions are still exciting some Remainers.