In defence of ‘hate speech’

Facebook is deleting ‘hate’, and it includes everything from jokes to political dissent. 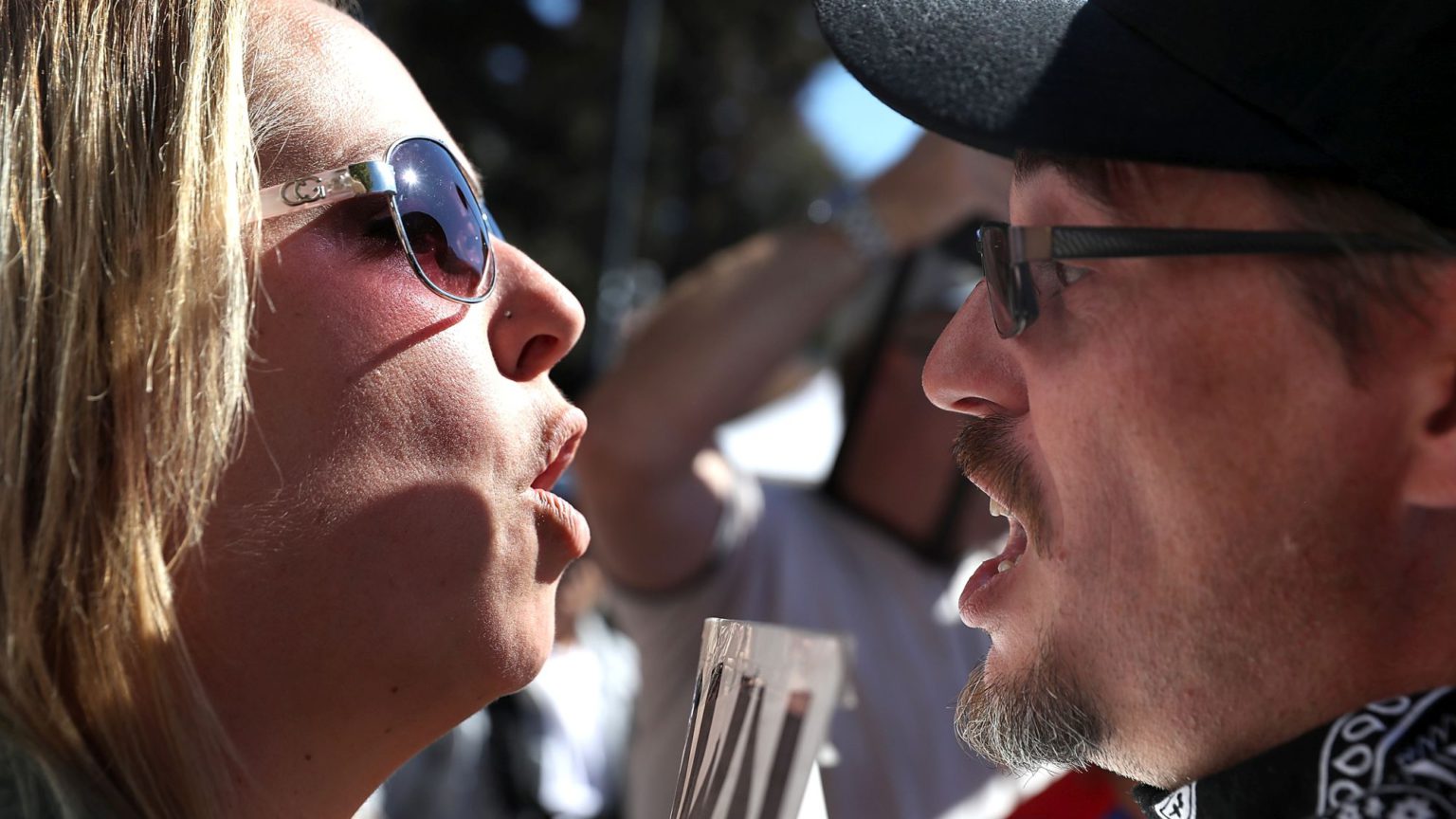 When I started out in comedy, I never thought, ‘One day, Lou, if you work hard enough, develop your craft, and keep grinding…you’ll be defending “hate speech”’.

But that’s exactly what I’m doing in We the Internet TV’s latest mini-documentary, Five Reasons Why We Need Hate Speech. With controversial figures like Louis Farrakhan recently banned from Facebook, does the principled fight for free speech rest on this humble comedian’s shoulders? (Oh, I hope not.)

At least I’m in good company – I even got help from former national president of the American Civil Liberties Union, Nadine Strossen, and Pulitzer-Prize winning journalist Glenn Greenwald.

See, some people think restricting free speech is the way to stop bigotry and bullying. I think the best way to answer bigots and bullies is with more speech.

Spoiler alert: ‘hate-speech’ laws, as Strossen points out in her book Hate: Why We Should Resist It with Free Speech, Not Censorship, ‘consistently have been enforced to suppress unpopular views and speakers, including political dissent and minority speakers’. No matter the platform – be it social media, or a college campus, or even an entire continent – hate-speech regulations lead to abuse, confusion, and growing numbers of people weaponising the regulations as a form of vigilante justice to shut down speakers, end careers, and occasionally even justify real violence.

That’s because hate speech is whatever you want it to be. It has no specific definition. That is why such disparate figures as highly respected academic Camille Paglia and white nationalist Richard Spencer – not to mention provocateur Milo Yiannopoulos, author Ben Shapiro, philosopher Christina Hoff Sommers, and the ACLU’s Claire Guthrie Gastañaga – have all been branded preachers of hate. The term has become a catch-all for any speech that anyone hates, whether it’s virulent white nationalism or reasoned social commentary defending civil liberties.

As the head writer and executive producer for We the Internet TV, an internet comedy news channel with hits (and misses) on all major online platforms, I push boundaries for a living. After all, if you don’t offend some audiences, do you even satire, bro?

That means I am frequently bumping up against the self-appointed censors of social media with their ever-updating algorithms and metastasising free-speech codes. Facebook, like a member of the European Union, has been particularly active in trying to root out hate speech. Which means it is targeting just about everyone.

We ran a poll on our Facebook page asking fans, ‘Have you committed “hate speech” yet on Facebook?’. Sixty-four per cent said, ‘Yes’.

Some replied cheekily, ‘Not yet’. Still others wrote of being ‘Zucced’: being suspended from the platform when posts run afoul of Facebook CEO Mark Zuckerberg’s community standards. In Facebook jail, you’re forced to spend time in the real world without the ability to check Facebook! (Which makes me wonder: when you’re allowed back on, do you have to do the digital version of going door to door, informing neighbors on your feed that their posts are being ‘liked’ by a hate-speech offender?)

I never thought it could happen to me. But then Facebook struck down a We the Internet TV post, because it went against its ‘community standards on hate speech’.

So, I guess, this is my version of going door to door.

What was the hateful speech in question? Another poll, actually. We asked, ‘Whose fault is Hurricane Florence?’.

More than 16,000 Facebook users weighed in before Facebook prematurely closed the poll. Of those who responded, 25 per cent blamed ‘Donald Trump’. The other 75 per cent blamed ‘The Gays’… Because those were the only two choices we gave.

I know it’s never good when you have to explain a joke – but, considering hate is on the line, here goes:

Last September, the Washington Post ran a headline claiming that President Trump ‘is complicit’ in hurricanes. It reminded me of preachers in recent memory who have blamed hurricanes on gay people. (Before heading out each morning, I still ask my gay neighbour whether I should take an umbrella.)

Guess I should have explained the joke. Of course, Facebook is free to censor whomever and whatever it wants. Zuckerberg might call his product ‘the digital equivalent of the town square’, but it’s still – for the time being – his sovereign platform to regulate.

Either way, you become pretty sceptical of a censor’s good intentions when it’s your work they’re censoring. If allegations of hate speech can be wielded to make even a well-meaning comedic post disappear, what else and who else can they remove?

Facebook gave a partial answer to that question in early May when it banned Yiannopoulos, Farrahkhan, InfoWars and a number of its contributors for being ‘Dangerous Individuals and Organizations’. If you didn’t see those permanent zuccs coming, the real fun is only starting. Because Facebook has plans to ‘also remove content that expresses support or praise for groups, leaders, or individuals involved in these activities’. With definitions like these, I wonder if simply saying, ‘I don’t think Facebook should have banned them’ will be interpreted as expressing support. I guess we’ll just have to wait and see. You may want to start an office pool.

Even though I am producing satire in an age when the president of the United States threatens Saturday Night Live with federal investigation for mocking him, I don’t fear being martyred by the state any time soon. I can even petition Trump directly on Twitter – @ him with some memes wrapped in the Bill of Rights. Lenny Bruce never got to do that.

In fact, while the rest of the world attempts (and fails) to legislate the hate away, the US Supreme Court consistently upholds constitutional protections for hate speech. I am thankful to be living – and making comedy – in a time when our First Amendment rights have never been stronger.

No, when it comes to censorship, I find myself less worried about the government and more worried about everyone else. Because what good is a First Amendment if the culture doesn’t embrace the principle? You don’t have to like my post, but please don’t remove it, or me.

Lou Perez is head writer and executive producer at We the Internet TV.

Watch Five Reasons Why We Need Hate Speech below: