It isn’t TERFs who are bigoted – it’s their persecutors

The censorship of trans-sceptical views is the definition of bigotry. 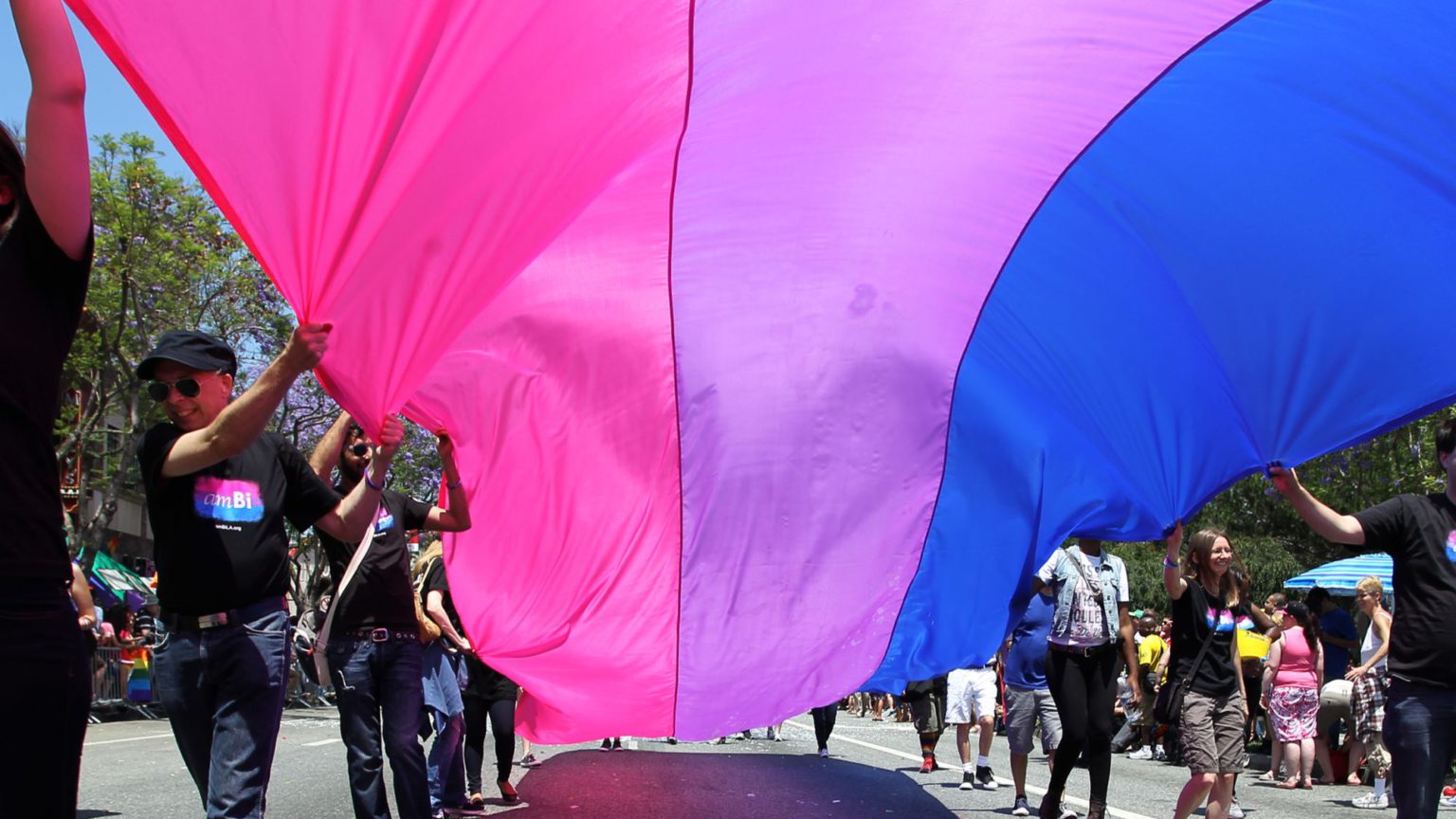 Five years ago, if someone had told you it would soon become tantamount to a speechcrime to say ‘There are two genders’, you would have thought them mad.

Sure, we live in unforgivably politically correct times. Ours is an era in which the offence-taking mob regularly slams comedians for telling off-colour jokes, demands the expulsion from campus of speakers who might offend students’ sensibilities, and hollers ‘Islamophobe’, ‘homophobe’ or ‘transphobe’ at anyone who transgresses their moral code on anything from same-sex marriage to respecting Islam. (A phobia, we should always remind ourselves, is a mental malaise, a disturbance of the mind. How very Soviet Union to depict your opponents essentially as mentally diseased.)

And yet for all that, surely it would never become a risky business to utter the opinion: ‘There are men and women and that’s all.’ Well, that has now happened. It is now looked upon as hateful, sinful and phobic, of course, to express a view that has guided humanity for millennia: that humankind is divided into two sexes, and they are distinctive, and one cannot become the other.

Say that today in a university lecture room packed with right-on millennials and watch their faces contort with fury. Write it in a newspaper column or blog post and witness the swift formation of a virtual mob yelling for you to be fired. Say it on TV and there will be protests against you, petitions, demands that you and your foul, outdated ideology be denied the oxygen of televisual publicity.

Consider what happened with Graham Linehan. Last week, Linehan, the comedy writer behind Father Ted, The IT Crowd and Black Books, appeared on Prime Time, a current-affairs show on RTE in Ireland, to discuss the rising number of young people being diagnosed as transgender. And the trans lobby went berserk.

Like many people – most of whom understandably keep their concerns to themselves – Linehan is worried that telling kids they were born in the wrong body might screw them up rather than help them out. It is indeed worrying that growing numbers of young people are being told they are gender dysphoric and in some cases are being offered therapeutic and even medical intervention to stop them from proceeding in ‘the wrong gender’.

Some trans kids are being given puberty-blocking drugs that prevent them from developing normally. Young girls who are convinced they are boys are binding their breasts. Boys who might simply be exhibiting gay-like behaviour are increasingly likely to be told that maybe they are really girls and should perhaps have some kind of intervention. What happened to the old cry, ‘Gay is okay’?

It is perfectly natural – good, in fact – that some people have deep reservations about this strange new crisis of gender, this trend for diagnosing wrong-body syndrome among people who might just be confused about their sexuality or worried about puberty or unhappy in some other way.

Feminists, for example, are worried that the politics of transgenderism will allow male-born people to enter what were once considered female-only spaces and even to take certain roles and jobs away from women. In the UK feminists have set up groups like Woman’s Place to make the case against allowing people who were born male to ‘self-ID’ as women – that is, where the law would allow any man to identify as a woman and would put pressure on employers and institutions to recognise the validity of his (sorry, her) womanhood.

This will mean born-males getting on to all-women shortlists in the world of party politics, they argue. It will mean born-males waltzing into women’s toilets and changing rooms. And it will mean men in women’s prisons. It already does, in fact. Men who identify as women have been incarcerated with women, and it has had disastrous consequences in some cases. In 2017, Karen White – who was born Stephen Wood – was placed in the female prison of New Hall in West Yorkshire. Despite being a convicted paedophile, rapist and sexual assaulter of women. While at New Hall, White / Wood assaulted two female inmates.

It is right that people are asking questions about all of this. And it is wrong – wrong, censorious and dangerous – that trans activists and their numerous influential allies in the world of politics, the academy, the media and the celebrity set want to shut such questions down by rebranding them as a form of ‘hate speech’.

Indeed, in mentioning Karen White’s male name – Stephen Wood – I have committed a transphobic speechcrime. I have ‘deadnamed’ her, and this is apparently a wicked and maybe even criminal thing to do. Linehan was recently warned by police in the UK – by actual police – for, in the words of the Guardian, referring to a trans activist ‘as “he” and for “deadnaming” her by referring to her by names used before she transitioned’. This is the behaviour of a police state. When the police are punishing people for dissenting from the transgender narrative, you know we live in scarily intolerant times. Witness, too, the questioning of a man for the crime of liking a trans-sceptical limerick on Twitter.

This new intolerance was on full display in the Prime Time controversy. Dozens of protesters gathered outside RTE HQ in Dublin last Tuesday to demand that Linehan be ‘omitted’ from the episode that was being broadcast that evening. More than 6,000 people signed a petition demanding his exclusion from the show on the basis that ‘his hateful views have no place in our public discourse’. The activists took particular umbrage at the trailer for Prime Time, which featured Linehan saying: ‘You do not tell kids that they have been born into the wrong body, just as you don’t tell [people with anorexia] that they are fat.’

Omitted, excluded, expelled from public discourse – let’s be clear what these campaigners are calling for. They are demanding the erasure of views they disapprove of. They are calling for the silencing of voices they dislike. They can dress up their agitation in as many PC, progressive-sounding adjectives as they like, but the bottom line is that they are behaving like a McCarthyite mob. They want broadcasters to blacklist anyone who is trans-sceptical.

Don’t pretend that this is driven by a caring, loving, tolerant pro-trans worldview. Because to the rest of us it looks like the precise opposite. It looks like intolerance, in all its nastiness and ugliness, where morally transgressive individuals are denounced as a threat to public safety and are threatened with censorship and even police questioning. It doesn’t matter that Linehan himself is a frequently oafish public commentator who says needlessly offensive things to trans people and who doesn’t understand the crisis of free speech that he himself has become a victim of – witness his reactionary defence of the arrest of Count Dankula for making a jokey video showing a pug doing a Nazi salute. The fact is that even those who are intellectual oafs, offensive and clueless about the importance of liberty, should have their liberties defended.

The Linehan / RTE affair and the broader intolerance of any criticism of the new gender ideology should worry all of us. It should be everybody’s right to criticise the idea that there are 51 genders, or 76, or however many it is now. Everyone should be free to say ‘there are two genders’ or ‘sex cannot be changed’. It should not be a mob-worthy offence to say, ‘Trans women deserve the same rights and protections as everyone else but they are not real women’.

The irony of the new PC intolerance is that the enforcers of it always denounce people as bigots. You aren’t a big fan of Islam? You’re a bigot. You think marriage is for men and women? Huge bigot. You believe a man cannot truly become a woman? Outrageous bigot. And yet bigotry means something quite specific. In the words of the Oxford English Dictionary, bigotry is ‘intolerance towards those who hold different opinions from oneself’. Today, far greater bigotry is displayed by the PC agitators for censorship than it is by the likes of Linehan. Their war on those who hold different opinions to theirs is the living, breathing definition of bigotry.