Why some Republicans want to make it hard for minorities to vote. 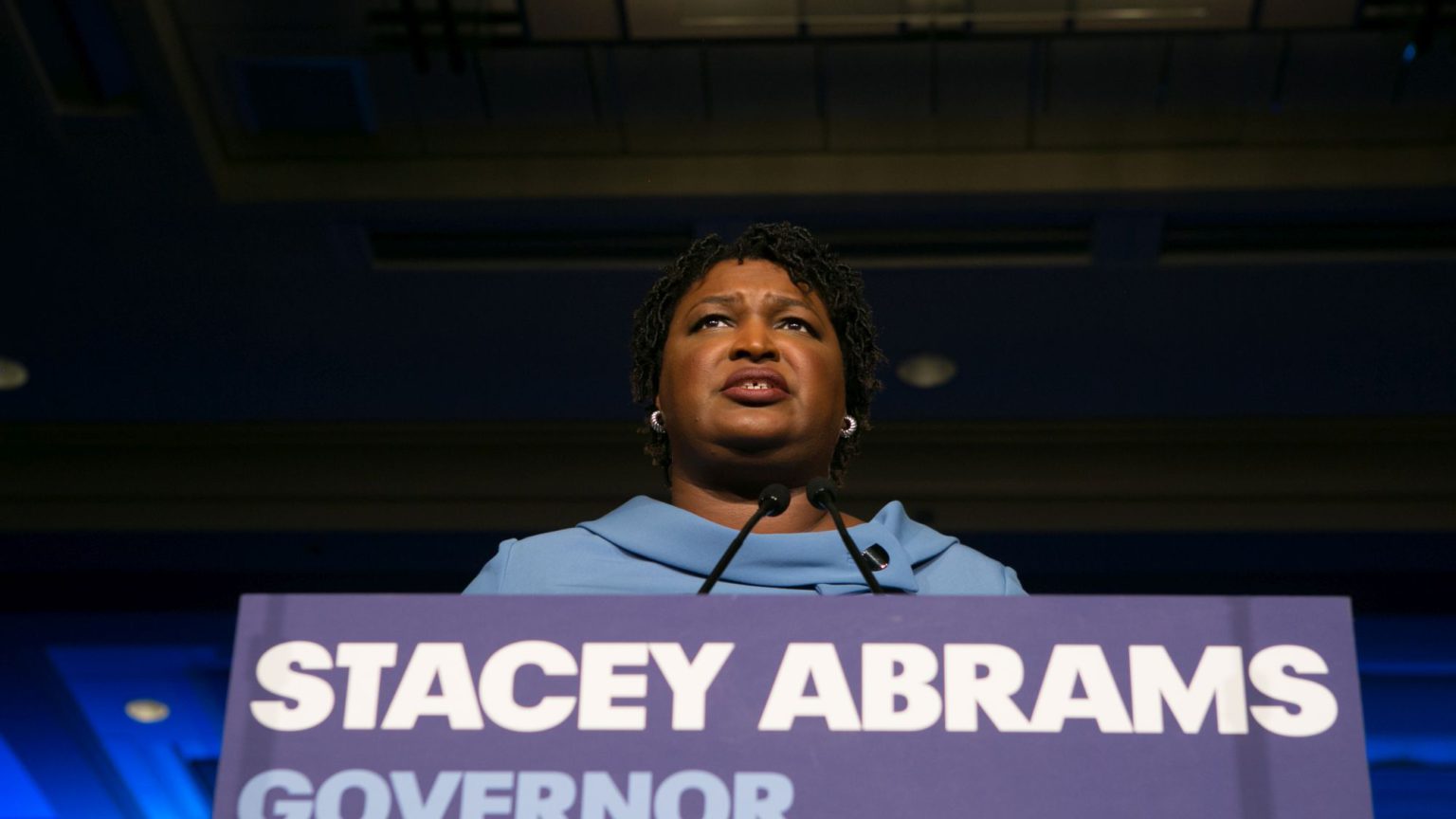 ‘Thugs invade polls, slug watchers, defy police’, a New York Times headline declared in 1933. ‘Blackjacks, brass knuckles, lead pipe, bricks, stones and hobnailed boots played an important part in the election yesterday.’ Electoral chaos, or what the NYT euphemistically called ‘disorderly’ voting back then, is a lot more civilised today, but sometimes it’s hard to know if the results are any more reliable.

One week after the election, the state of Georgia was still counting votes in its hotly contested gubernatorial race, to the chagrin of outgoing secretary of state Brian Kemp, who had overseen his own election to the governor’s office. In other words, he was both batter and home plate umpire, calling balls and strikes. Secretary Kemp did not resign until after the election, when he declared himself governor-elect, while votes were being counted.

He may have won about 50.2 per cent of the vote, just enough to avoid a run-off with Democrat Stacey Abrams, and he will be the next governor. Abrams, a voting-rights advocate, ended her race without conceding defeat. ‘Concession means to acknowledge an action is right, true, or proper… I cannot concede’, she declared. ‘But my assessment is that the law currently allows no further viable remedy.’ She plans to file a federal lawsuit charging the state with grossly mismanaging the election.

What was improper about it? You can find summary accounts of widely reported improprieties here and here, at Wired and Mother Jones. Note that as secretary of state, preparing to run for governor, Brian Kemp purged some 1.5million voters from the rolls. And, while his future opponent Stacey Abrams ran registration drives, aimed at increasing minority participation, Kemp blocked new registrations, based on exceedingly trivial discrepancies between registration forms and state records, like the absence of a hyphen in an aspiring voter’s name. Shortly before the election he put the registration of some 50,000 mostly black voters on hold. Who knows how many eventually voted and how many gave up or were turned away at the polls?

Election day was also plagued by malfunctioning voting machines, untrained or incompetent poll workers, and excessively long lines – some people waited (or couldn’t wait) hours to vote. As the Atlantic reported, county officials had shut down over 200 polling places, mostly in ‘minority and poor areas’. Voting-rights advocates fought back and won a couple of futile, interim victories. When they obtained federal court orders delaying certification of election results before all ballots were properly counted, Kemp called the delay an attack on democracy.

Meanwhile, the Banana Republic of Florida once again demonstrated its inability to conduct reliable elections. Votes were recounted in the very close gubernatorial and Senate races, as required by law, and, as in the 2000 presidential election, the recounts were marked by confusion and incompetence. Machines malfunctioned, absentee and provisional ballots were counted or discounted under inconsistent standards, and a poorly designed ballot in a largely Democratic county may have cost outgoing Democratic senator Bill Nelson crucial votes.

Trumpists ultimately prevailed in both races, after a lot of sound and fury. Like Brian Kemp in Georgia, outgoing Florida governor Rick Scott had refused to recuse himself from overseeing his own race for Senate (after spending eight years as governor without fixing Florida’s electoral system). He also levelled vituperative and utterly unsubstantiated accusations of voter fraud against Democrats, as the mandatory recount decreased his lead. He called for an investigation and asked a court to impound voting machines in a Democratic-leaning county. Law enforcement declined to investigate, the secretary of state’s office reported finding no evidence of fraud, and a court denied Scott’s request to impound machines, urging anyone with actual evidence of fraud to report it to law enforcement or submit a sworn affidavit to the court, instead of shouting publicly about it.

President Trump, for whom evidence is always irrelevant, joined Scott in attacking the legally mandated recount, insisting that election-day totals favouring Republicans should be determinative. His plan for deciding close races – stop counting on election day if Republicans are ahead and accuse Democrats of fraud if they insist on continuing the count – does have the virtue of simplicity. But, as several commentators have pointed out, not counting ballots after election day would disenfranchise military personnel, among others, whose absentee votes are counted late.

Florida is a key battleground state in presidential elections, with its 29 electoral votes, and the 2020 election seems unlikely to be any less orderly, trustworthy or reliable. But barriers to fair elections exist nationwide because of incompetence, insecure or broken voting systems, and long lines; this year some people stood out in the rain for hours to vote; others, no doubt, gave up.

Voter fraud is practically non-existent, unlike voter apathy or mistrust, which help keep turnout abysmally low. But mythical accounts of fraud help rationalise voter-suppression efforts by Republicans who dominated state legislatures during the Obama years. They passed voter-ID laws successfully targeting minorities who tend to vote Democratic and purged voting rolls of presumptive Democratic constituencies. Earlier this year, the Supreme Court’s Republican-appointed majority upheld a use-it-or-lose-it Ohio law that purged voters from the rolls if they missed two consecutive elections and did not return a snail-mailed address confirmation card, which the plaintiff in the case claimed no memory of receiving. In a 2016 voting-rights case, a federal court found that restrictive voting and registration requirements enacted by the North Carolina legislature had ‘targeted African-Americans with almost surgical precision’.

Democratic gains in state legislatures and gubernatorial races will limit voter-suppression initiatives in some states, but voting ‘disorder’ will continue. Voting habits have changed nationwide: increasing numbers of people vote early, or by mail, or by absentee ballot. Consequently, increasing numbers of votes are counted after election day, and in close races they can determine winners and losers.

This year, these votes were good news for Democrats. While their gains in the House were relatively modest the day after the Midterms, today, two weeks later, they represent the greatest gains since the post-Watergate election in 1974. Democrats have now won 38 seats from Republicans, with a couple of races still undecided. They have also flipped a Senate seat in Arizona, as well as Nevada, and have an outside chance of winning a pending run-off Senate election in Mississippi, thanks to a hapless Republican candidate who joked about public hangings and voter suppression. But assuming they hold Mississippi, Republicans will end 2018 with a gain of only two Senate seats, in a year when the electoral map strongly favoured them. Twenty-six Democratic senators were up for re-election in 2018, as opposed to only nine Republicans; 10 of the Democrats represented states won by Trump.

So, having declared himself the architect and beneficiary of a ‘very big win’ the day after the election, despite losing the House, the president spent the week following the election pouting and lashing out a bit more than usual, perhaps a hopeful sign that he is not entirely impervious to reality.

Wendy Kaminer is a spiked columnist, an author, a lawyer and a former national board member of the American Civil Liberties Union.