Hating Brexiteers has become the most acceptable prejudice of our time. 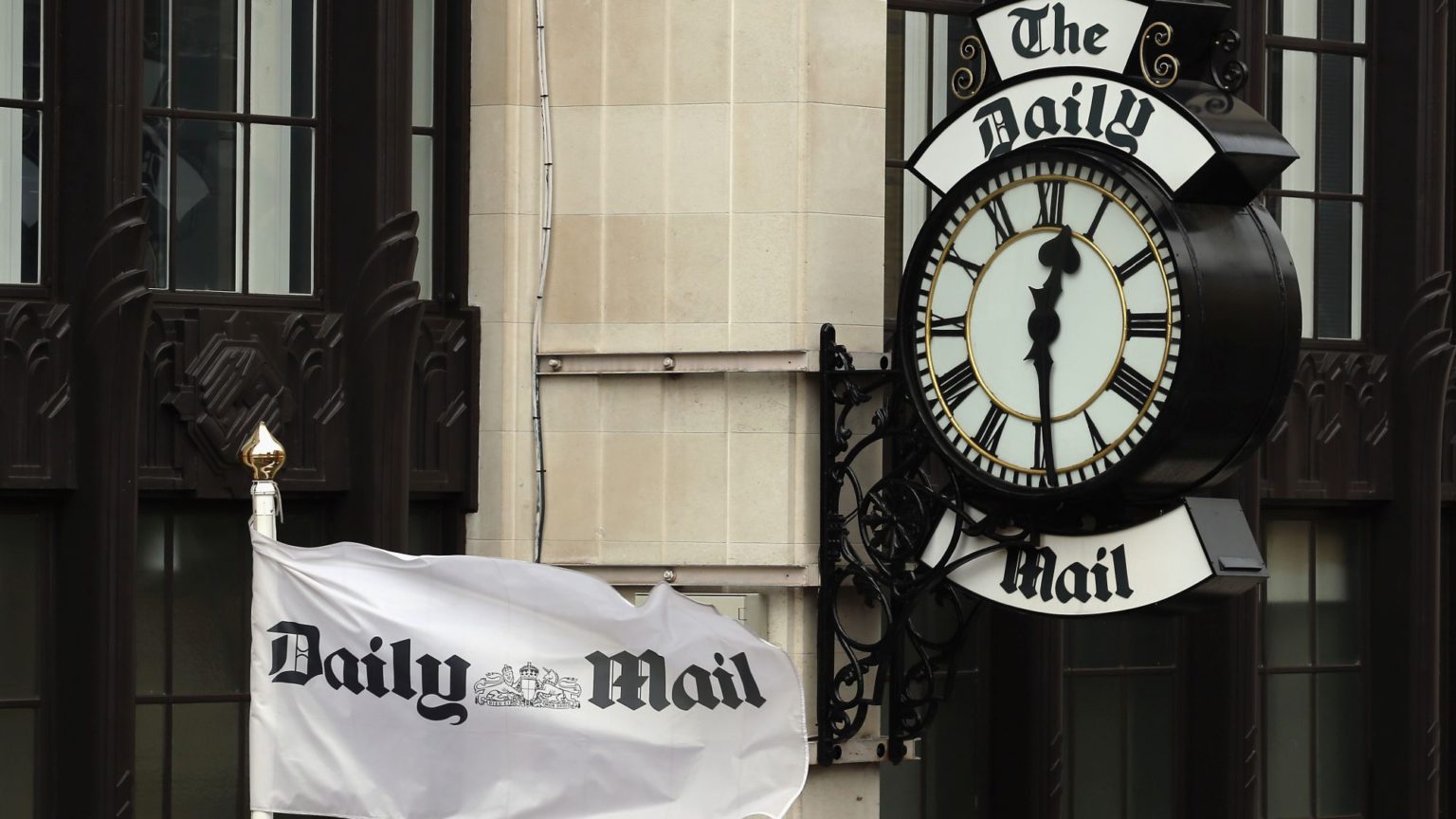 Hold on. I thought that for the Daily Mail to brand people ‘saboteurs’ was a wicked, chilling, borderline fascistic act of tabloid hatred? That’s what we were told when the Mail infamously ran with the front-page headline ‘Crush the saboteurs’, meaning Remoaners, in April last year. You might recall the chattering-class meltdown that occurred following the publication of that front page. Branding people ‘saboteurs’ simply for expressing their political views was ‘nasty and divisive’, ‘chilling’, and either ‘Stalinist’ or ‘fascist’, depending on whether you are on the right or the left. Those are all quotes from politicos and hacks who were horrified by the Mail’s sab-baiting. ‘I try to avoid glib use of [the] F-word’, but this is ‘the language of fascism’, said the Guardian’s Michael White, glibly.

Fast forward 18 months and the Daily Mail is once again condemning ‘saboteurs’ on its front page. And what has been the response this time? Nada, zilch, nothing. Actually, that isn’t true – this time the Mail has been applauded, and by the very same people who a year-and-a-half ago were talking about it as if it were the inky incarnation of Joseph Goebbels. Why the turnaround? Because this time the Mail, now under an eye-swivellingly new editorship, was referring to Brexiteers as saboteurs, rather than Remainers. And you’re allowed to hate Brexiteers. In fact, contempt for Leave people is the great socially sanctioned prejudice of our age; it’s the one hatred you can express at dinner parties, on demonstrations and, we now know, on the front page of tabloid newspapers without experiencing any kind of rebuke. Leavephobia is to today’s political elites what racism was to yesterday’s.

The Mail’s latest attack on ‘saboteurs’ was aimed at the likes of Jacob Rees-Mogg and other ‘preening’, ‘shrill’, ‘baying’, ‘low-grade’ people whose opposition to May’s Brexit deal is evidence that they have ‘lost the plot’. They are disgusting and mentally unhinged! Simply for expressing a political view, they apparently deserve to be dragged across the front page of a hugely popular tabloid and shamed as destroyers of the nation. And yet no outrage. No Twitterstorm. No teeth-extendingly dull LBC phone-ins about fascism in Middle England. No handwringing about ‘divisive’ language from John McDonnell. Instead we had gleeful-cum-analytical pieces about whether the Mail’s switching of the word saboteur from Remainers to Brexiteers is proof that the paper has been ‘detoxified’ post-Paul Dacre.

This turnaround tells us a great deal about the political elites of 21st-century Britain. First, it confirms that their authoritarian fear and loathing of the tabloid press has nothing whatsoever to do with tackling supposedly divisive language but rather is about reprimanding these papers for their political views. It wasn’t the heated language of the Mail’s anti-Remoaner front page that horrified our political betters – it was the fact that it was anti-Remoaner. It was the fact that the Mail was insulting today’s dominant bourgeois ideology. The fury against the Mail, the casually authoritarian demand that the PM rap its knuckles, the hints at greater press regulation being the answer to such ‘chilling’ language, was entirely politically motivated. Those who wanted to punish the Mail were driven by the instinct of political censorship, by a tyrannical desire to take down a peg or two newspapers that mock their worldview. And they had the nerve to call the Mail ‘Stalinist’.

The second thing the saboteur about-face reveals is the acceptability of loathing Leavers. It is so striking: we live under a political class that speaks in the language of ‘inclusion’, which considers prejudice to be the great sin of our age, which reprimands everything it judges to be hate speech, and yet when it comes to Leavers all of that starched, censorious politeness goes out the window. You can say anything you like about the dim, teeming millions who voted Leave, and about the evil demagogues who made us do it, because of course we’re so fantastically stupid that we cannot think for ourselves. You can call them ‘low-information’. You can say they think with their ‘lizard brains’, as the New Statesman did. Slimy sub-humans! You can say they emerged from the ‘sewers’ (Nick Cohen) and that they will hopefully die soon (Ian McEwan). You can call them thick, ignorant, racist, deluded, fat (one study says Leave voters were of course higher in areas with high levels of obesity. Corpulent plebs.)

You can say all of this – and that’s just in public; imagine what they say at their soirées – and not only will you not be told off for being prejudiced, but you will be applauded as sane, decent, ‘one of us’. Hence the overnight improvement in the Mail’s standing in the eyes of the chattering classes, because it turned its ‘hate’ from Remainers to Leavers. Very often it is the same people who complain about ‘toxic’ language and its demeaning of Remainers and other groups who will happily green-light toxic language against the Leave masses. From the Observer conspiracy theorist Carole Cadwalladr to left-leaning writers like Owen Jones, those who rail most loudly against the prejudices of the tabloid press think nothing of pushing a poisonous narrative that depicts ordinary voters as moronic dupes (Cadwalladr) or branding as ‘gammon’ any insufficiently educated member of the uncouth lower-middle classes who likes Brexit and dislikes Corbyn (Jones). They are not opposed to the dehumanisation of social groups – they just want their own acts of dehumanisation to take precedence.

Loathing the Leave masses now plays the same role for the political establishment as racism once did. It is the prejudice that allows them to distinguish themselves from the throng, to presume moral and spiritual authority over the bovine public. Like racial minorities in the past, the Leave-backing parts of Britain are looked upon as strange, dangerous zones, full of the ill-educated, the easily led, the animalistic (lizards). Far from being a warrior against prejudice, hatred and exclusion, our supposedly liberal elite is the leading propagator of such toxic worldviews.