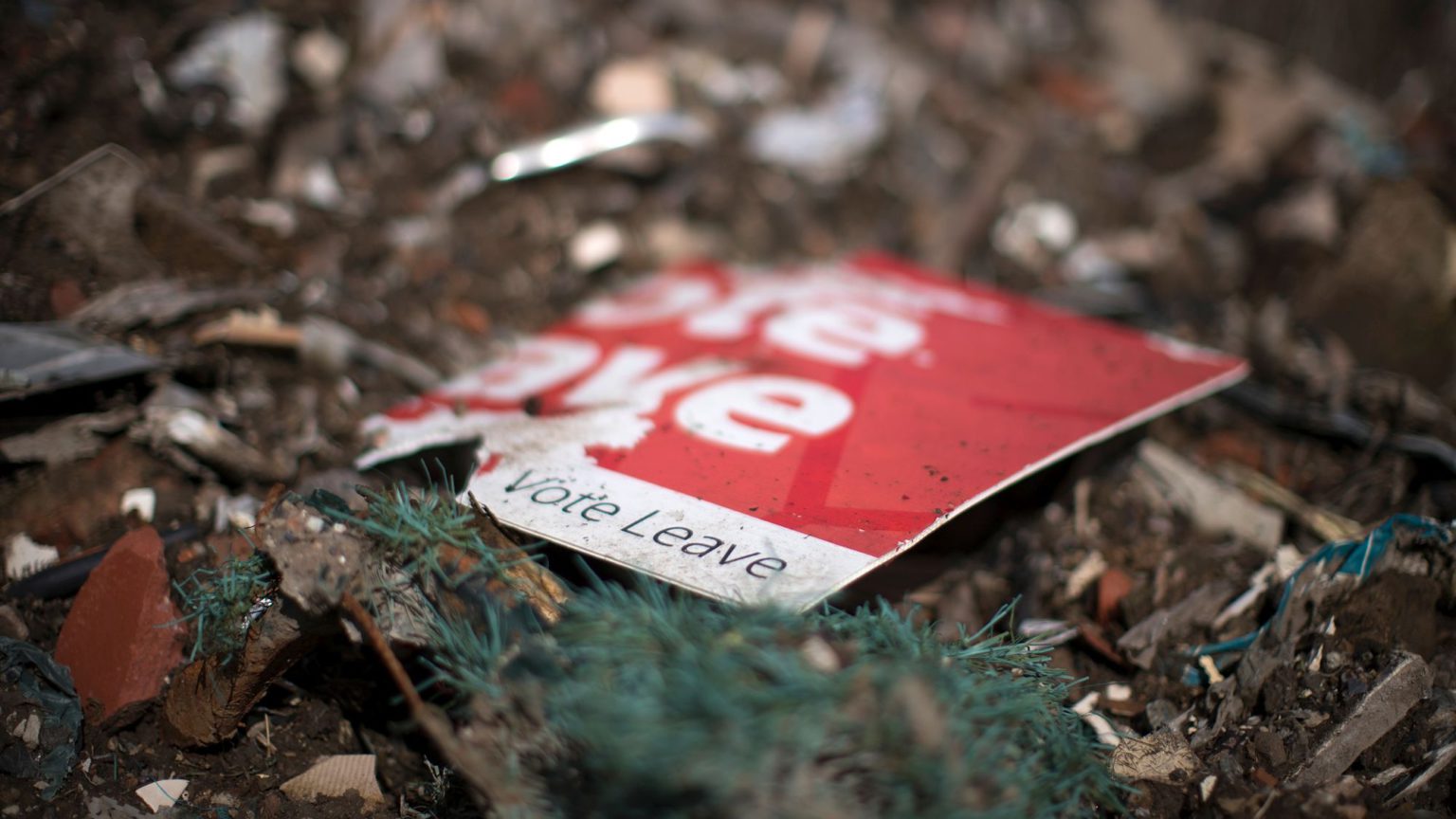 ‘Brexit is undeliverable.’ In the past few days, as the Brexit negotiations have reached an impasse over the Irish border, and as Theresa May’s feeble government has hit its biggest crisis since the last one, that has been the lament of many in the political and media class.

You might think they have a point. Indeed, on the issue of the so-called backstop – the fall-back option designed to keep the border between the north and south of Ireland frictionless if no other solution is found at the end of trade talks – May appears to be boxed in, with no obvious way out.

Brussels has always argued that, if the backstop is triggered, Northern Ireland alone should be kept in the Customs Union and parts of the Single Market. But this crosses the ‘blood-red line’ of the Democratic Unionist Party, which doesn’t want a wedge driven between Britain and Northern Ireland and whose 10 MPs are propping up the Tories’ minority government.

Meanwhile, May has been trying to get round this by pushing for the backstop to cover the entire UK. But as Tory Brexiteers rightly point out, this would leave us in a permanent customs limbo, with little incentive for the EU to let us out. And her attempts to have a time limit put on it, to assuage those fears, have been roundly rejected by Brussels.

After months of fudging her way through, May now has to make a choice: either she defies the DUP and kicks the feet out from under her own government, she defies the Eurosceptics in her party and sparks a Cabinet and backbench revolt, or she defies the EU and sets Britain on course to a No Deal Brexit that she has done far too little to prepare for.

If this didn’t already sound like playing 3D chess with your teeth, remember: this week’s crisis is only about the withdrawal agreement. The real battle over the shape of the future deal – with May’s preferred Soft Brexit ‘Chequers’ plan already having been rejected by swathes of MPs and the EU – will only begin after this backstop business is behind us, if that sweet day ever comes.

But as intractable as the current situation seems, it didn’t have to be this way.

Leaving the EU was never going to be easy. Twenty-five years of EU membership has left our institutions and laws tightly entwined, and the powers-that-be in Brussels were never going to make this easy for us. They have their eyes on the Eurosceptic masses across Europe who might get ideas if Brexit turns out to be a success.

But at every turn, the government’s capitulations have pushed us further into a corner. May agreed to the EU’s proposed sequencing of the talks, meaning she has to come to an agreement with the EU on the border before the trade talks – which would cover the border – are even allowed to begin. Whether or not you think the border issue is being played up, which it is, May also didn’t have to accept the EU’s backstop as the only way forward, as she did in December.

The problems May is facing now are entirely political. She is trying to balance the demands of various factions of the British and European political and bureaucratic class, rather than implement the democratic demand of the 17.4million who voted to leave the EU. After all, her Soft Brexit Chequers deal – doomed though it now is – was designed not to please voters (who polls suggest heavily reject it), but Remain MPs in Westminster and bureaucrats in Brussels.

The psychodrama of recent weeks has nothing to do with Brexit being ‘undeliverable’. That the very same people saying Brexit is undeliverable have been trying to stop it being delivered for two years should make that clear enough. Rather, this Brexit impasse is where May’s capitulations have brought us – this is the inevitable conclusion of her trying to placate those who hate Brexit rather than serve the people who voted for it.