Boris is not the only Russia baiter

Too many today think Russia is to blame for everything. 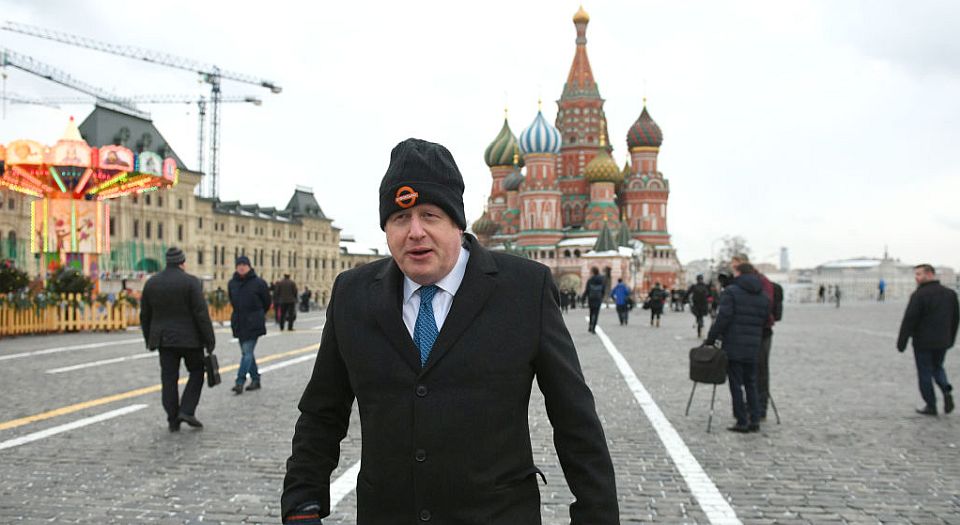 The latest bout of Boris Johnson bashing, following the British foreign secretary’s overconfident assertion that Russia was to blame for the poisoning of former spy Sergei Skripal and his daughter Yulia, makes for a perplexing spectacle.

Yes, Johnson overstated the case when he claimed on German TV that ‘the guy’ at Porton Down, the UK weapons lab, had ‘no doubt’ that the Russian state was responsible for the nerve agent that left the Skripals in hospital. And, yes, as one of his eager critics managed to say, amid her prattle about the ‘teflon-like qualities’ of privileged ‘rich white men’, Johnson has, on the basis of an untruth, effectively been stoking conflict with ‘a heavily armed superpower’.

But what sticks in the craw about the all-too-easy berating of Boris is that what he has done is little different to what so many in Western political and media circles have been doing for the best part of a decade (especially since the West-backed ‘revolution’ in Ukraine in 2013 prompted Russia to secure its borders through the annexation of Crimea). That is, like Boris, they have been seeing Russia’s hand in every world happening, blaming Vladimir Putin for what they perceive as the dark turn of world events, and conjuring up modern-day Russia as a sinister iteration of its imperial or Soviet past.

So, while many on the liberal left were gorging on Boris’s latest gaffe, the US was busy announcing new sanctions against Putin’s inner circle, including seven Russian oligarchs and 17 top government officials. Trump’s administration was not doing so on the basis of a misheard conversation with a weapons lab official, but in response to what treasury secretary Steven Mnuchin described rather vaguely as ‘malign activity’. ‘The Russian government operates for the disproportionate benefit of oligarchs and government elites’, said Mnuchin. ‘Russian oligarchs and elites who profit from this corrupt system will no longer be insulated from the consequences of their government’s destabilising activities.’

This move against Russia is longstanding. It derives its legitimacy less from hard evidence of Russian social-media trolling than the conviction that the Russian state is behind the struggles of the West’s political class. These struggles are of course nothing to do with stagnant economies, visionless, futureless technocracies, and the elites’ often open disdain for the plebs, be they the basket of deplorables, clinging to their guns and religion, or the low-information, migrant-bashing working classes of the UK. No, sirree: it is actually Russia that is to blame. It has been ‘meddling’ in Western democracies, as The Economist had it recently. It has discredited and disrupted the smooth working of Western democracy, backing Trump in the US, funnelling cash to Front National in France, and gifting ‘dark money’, as Labour’s Ben Bradshaw asserted, to the Leave campaign and UKIP backer Aaron Banks. And some think Johnson went over the top when blaming Russia for the botched murder of a Russian traitor.

Yet where are the voices calling for caution when the flagrantly absurd claim that Russia is responsible for the state of Western politics is given yet another airing? Where are those invoking the spectre of dodgy dossiers, still-to-be-found WMDs and the Iraq War when yet another claim of Russian involvement in Brexit is made? Where are those urging a period of self-reflection for the pundits and politicos who think nothing of blaming Putin for Hillary Clinton’s unpopularity, or likening Russia’s intervention in Syria to the Nazi bombing of Guernica?

They are nowhere to be seen, of course. Which is hardly a surprise, because while they enjoy Boris Johnson’s latest diplomatic calamity as proof of the Tories’ weakness, and, more to the point, of the buffoonery of leading Brexiteers, they have no real interest in a sober evaluation of Russia’s global role and intentions. Rather, they are as monomaniacally anti-Russian as Johnson and the Tories often seem to be, blaming Putin and his McMafia of oligarchs for everything that appears to them as wrong in the world, from the rise of Donald Trump to the British people’s decision to leave the EU.

Here is a prominent Observer columnist going far beyond Johnson in proofless conspiracy mongering, and deep into the world of dark powers behind thrones: ‘Liberals and socialists in the 19th century feared Russia as the world’s greatest reactionary power. So Putin wants it to be again. He is uniting the anti-immigrant, illiberal and, as often as not, misogynist and homophobic forces in Europe and the US into a far-right version of the old Soviet Comintern.’ Here is one-time presidential candidate Mitt Romney calling Russia America’s greatest geopolitical foe. And here is Jeremy Corbyn’s some-time cheerleader at the Guardian, going on a Russian dirty-money tour of London, to expose Russia’s sinister presence in our midst.

None of this is to excuse the authoritarian reality of Russia today. Nor is it to excuse Johnson and indeed the British state’s response to the Skripal poisoning. Too many have indeed eagerly used it as an opportunity to have another go at Russia, to puff themselves up as paragons of virtue beside the callous, murdering beasts of the East. It has been a rush not so much to judgement, as to posture, a willingness to play on fears of chemical weapons and the rogue Russian state, as a means to bolster the long flagging authority of Western elites. The Foreign Office may cite the expulsion of Russian diplomats by the UK’s allies as proof that others, and not just Johnson, believe all the evidence in the Skripal case points to Russia. Yet what that really shows is other Western political classes are as just as dependent on half-baked ideas of Russia’s nefarious intent for their authority as Johnson and his pals are.

But as overstated and unjustified as the response to the Skripals’ failed assassination is, it is not an aberration. It is a product of a deep-seated animus towards Russia that has been gaining traction for at least a decade. It seems that today it is simply too easy to blame Russia for everything, with few ever, if at all, batting an eyelid. And with Nato and the EU continuing to perform their respective military and political manoeuvres on Russia’s borders, BoJo’s latest cock-up is the least of our worries. Johnson may have added to the Cold War-mongering in the West, but he is certainly not its prime mover.