What’s really behind the demise of the NME?

The music press has grown stale as youth culture has become more timid. 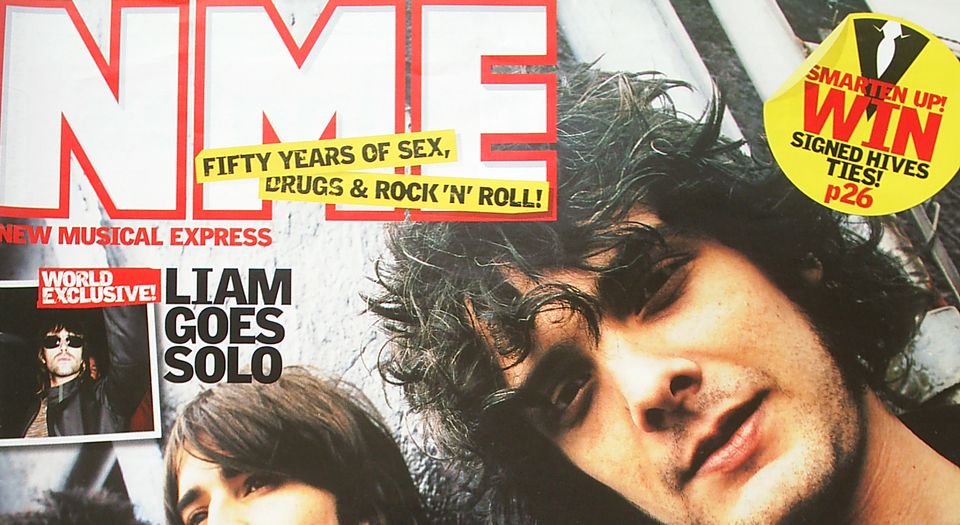 It was announced yesterday that the NME is to end its weekly print edition after 66 years, and will continue on as an online-only publication. To anyone who has been paying attention, this won’t come as a surprise. The NME relaunched itself as a freesheet in 2015, and it was obvious it wouldn’t last long. Not only because of the unstoppable dominance of digital alternatives, but also because of the shoddiness of the product itself. Having long given up on probing think-pieces or riotous, on-the-road interviews, the later-years NME left its readers with little more than Top 10 lists and 50-word album reviews. The featherweight content was, of course, padding for its main job: selling adverts. At the NME, narrow commerce had long overwhelmed its iconoclastic reputation.

Looking at the inaugural freesheet three years ago, it was immediately apparent this would not spark much interest from smart youth. There was nothing controversial or captivatingly off-beam, the sort of writing the music press built its reputation on. This is a key reason behind the slow and sad decline of the music press. The former Go Betweens songwriter, Robert Forster, noted in his recent memoir that, during the Britpop years, the music press became ever more hyperbolic at the expense of its critical edge. It began blindly chasing circulation figures, but the change in editorial tone ended up having the opposite effect.

The music press built its reputation on top-of-the-class, insightful writing. It was once far better than broadsheet writing. But this was jettisoned in favour of pull-out posters and endless countdowns. The music press once appealed to teens who wanted to appear older, wiser and better informed. But its adoption of a mass-marketing idea of ‘youth’ only repulsed the audience it was aiming for. And even here the NME, in its later decades, was often oblivious to new scenes. In the 2000s it devoted front covers to the Stone Roses or the Smiths at the expense of covering east London’s grime scene. The New Musical Express forgot the ‘new’ part of its brief. No wonder switched-on youngsters went elsewhere.

The dominance of digital platforms over print media helps explain why a freesheet was always a bad idea. But it cannot explain why the NME’s online content in recent years never went viral. In the 21st century, the internet arguably provides a better and more immediate platform for music reporting than the weekly press. It also provides the space for longer, better think-pieces and roaming interviews. This is something that US website Pitchfork and the UK’s Quietus cottoned on to early and to good effect. Digital media doesn’t have to be the death of music reporting – it can be a platform for something better than before. But it is doubtful whether the online NME will raise its game in this sphere any time soon.

In the end, the decline of the NME is not all about the medium. Music reporting reflects how young people live their lives, and that has changed fundamentally. Music scenes were once the social lubricant for many students or young people enjoying their independence for the first time. As such, music reporting was as much about the frontline reporting on the social aspect of youth culture as it was album and gig reviews. There has been a decline in young people going out into the world; social lives are replaced with boxsets and box bedrooms. Not even the best publication can conjure up excitement or a burgeoning scene. And with gig venues and pubs closing at an even faster rate than pop publications, there are fewer local scenes on which to report.

Does the demise of the NME as a print publication matter? It seems the only people talking about it are 48-year-olds rather than 18-year-olds: the nostalgic bores rather than the young people of today. And yet it is reflective of our more sanitised and hemmed-in times. It is reflective of how neither musicians nor the music press manage to say anything memorable, quotable or controversial anymore. It is the worrying demise of cocky, precocious youth, brimming with ambition and possibilities, that is the real story behind the NME’s demise.

Picture by: Porcupiny, published under a creative-commons license.