It’s Remainers who are the conspiracy theorists

They are obsessed with ‘dark money’ and ‘shady’ people. 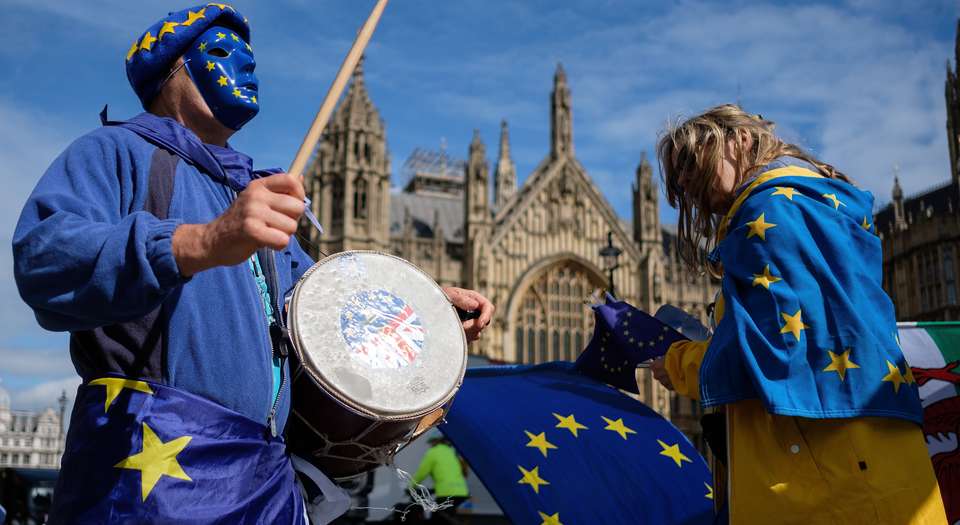 ‘George Soros isn’t a puppet master, and his “plot” isn’t secret. He’s just a rich guy paying for some leaflets about Brexit.’ So came the chorused debunking of the Telegraph’s non-scoop about the several hundred grand super-wealthy businessman Soros had given to Gina Miller’s anti-Brexit campaign group, Best in Britain. ‘The politics of conspiracy are dangerous’, continued The Times’ Daniel Finkelstein, ‘and, if allowed to spread, they will suffocate us all’.

The refrain was the same throughout the anti-Brexit-sphere. According to the New Statesman, Soros’s donation to Gina Miller’s stop-Brexit group ‘was no more secret (or indeed newsworthy) than the fact that you’re reading this on the New Statesman‘. The Guardian’s Rafael Behr went for deep disappointment: ‘It still comes as a shock when one of the oldest and most versatile themes of the genre – the Jewish financier, dandling politicians on puppet strings, coordinating events in the shadows – finds its way on to the front page of a national British newspaper.’

What a relief it is to have these sober-minded observers alerting us to possible conspiracy theories in our midst. Yet here’s a thing: why have those currently on their high horses about the Telegraph’s Soros story been so willing to peddle their own conspiracy theories about Brexit for the past couple of years? Why is it so unacceptable to be concerned about the intervention of someone like Soros in our domestic political affairs, yet all too acceptable to talk darkly and endlessly about the role, say, of UKIP donor Arron Banks in the Brexit campaign? Why has a single news story about one super-rich businessman prompted outrage, yet repeated, tedious assertions about the power and influence of Rupert Murdoch or Daily Mail editor Paul Dacre provoke barely a flicker of criticism?

Partly it’s because the conspiratorial narrative historically of Murdoch’s or increasingly now Dacre’s or Banks’ influence, of their behind-the-throne power broking, of their manipulation of the public, is so integral a part of the weave and weft of left-ish thinking that its propagators mistake it for common sense. Indeed, much of what passes for mainstream leftish critical theory is conspiracy theory.

But it’s also because blaming Brexit on a few wealthy individuals is a way of avoiding facing up to the real reasons why British voters rejected EU membership, and with it our political and cultural establishment. It is a way of simultaneously demeaning the electorate’s decision while affirming the status quo, beset only, so the conspiracy theory suggests, by evildoing individuals.

So, one pro-EU Guardian columnist could declare within weeks of the referendum that ‘billionaires bought Brexit’ and are ‘controlling our venal political system’. A year later, former Lib Dem leader Nick Clegg could announce that prime minister Theresa May is being directed by a ‘curious cabal of old men’. Clegg even indulged, unquestioned, in full-on 1970s paranoia. ‘What lurks behind Brexit is an ideological coup’, he said. ‘Brexit is a means by which a low-state, low-protection, low-welfare, libertarian approach to governance is seeking to take over the commanding heights of British politics.’

Billionaires controlling our political system? A cabal of old men seeking to ‘take over’ British politics? And it’s the Telegraph purveying the politics of conspiracy?

Or take the treatment of former Tory donor and occasional UKIP bankroller, Banks. A New Statesman profile, incredibly entitled ‘The man who bought Brexit’, described the sometime insurer as someone who had ‘risen from obscurity over the past two years and used his wealth to exert a considerable, some would say alarming, degree of influence over our national life’. Really? Surely it’s just some rich guy paying for some posters about Brexit?

Others add further chapters to The Protocols of the Elders of Brexit and suggest that behind Banks are the Russians and other shadowy, er, financiers, laden with ‘dark money’. One anti-Brexit website even dedicated a special series of articles to the ‘”dark money” that bankrolled Brexit’, including a special on Banks’ sudden, unexplained leap from near bankruptcy into sudden solvency – ‘where did the money come from?’ – an innuendo that has been widely circulated.

Now you’d think painting Brexit as a Russian plot enacted by a former insurance salesman would be dismissed as fantasy. Anti-Brexit Labour MP Ben Bradshaw did raise the claim in parliament, but only to endorse it, calling for an inquiry into ‘the role of dark money in the EU referendum campaign’, and fingering Banks as some sort of Manchurian Candidate. ‘There are questions’, Bradshaw demurred, ‘over the real wealth of Arron Banks, the main financial backer of Leave’. The political pressure to pin Brexit on ‘dark’, supposedly Russian finance even culminated in an official Electoral Commission inquiry into the funding sources of both campaign group Leave.EU and Banks himself.

There’s Dacre, too, of course. In the run-up to referendum, the Observer said he was ‘leading the Brexit charge’, while, afterwards, the Guardian labelled him ‘the most dangerous man in Britain’, a man who, through his newspaper, had been ‘dictating and amplifying the public mood’ in order to push Brexit through. And, of course, there’s Murdoch, the man who, as one columnist blithely asserted, ‘gave us Brexit’. On and on the anti-Brexit scapegoating goes.

Given the overwhelming sense among too many members of our chastened political and cultural elite that Brexit was a conspiracy drawn up by a cabal of old men, probably backed by shadowy Russian cash, it should come as no surprise that the solution proffered has a nasty historical undertone. As pro-EU Labour peer Lord Adonis put it in a piece on those ‘behind’ Brexit in the New European: ‘Britain needs not only a change of policy but a complete purification. Let’s hope it is not too painful.’

A purification? Have these people listened to themselves? They hyperventilate over the mote of conspiracy theorising in the Telegraph, yet completely ignore the great beam in their own thinking. Conspiracy theory is definitely a problem today – a problem among those who are so opposed to Brexit that they can’t see the voters in front of the throne for the spectres behind it.