After Brexit, the Lords is next

We shook off the elitist EU; now let’s do the same with the second chamber. 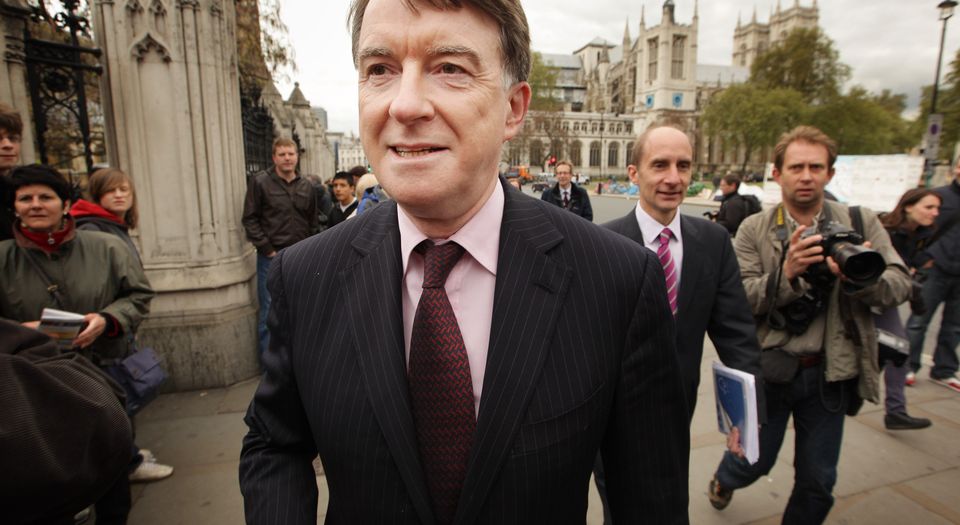 Following Theresa May’s first Commons defeat over Brexit in December, when Tory rebels joined with Labour to secure a ‘meaningful vote’ on the final deal, reports in the Financial Times suggest that the PM is considering appointing up to 12 new peers to ease the Brexit bill’s passage through the House of Lords.

Elite Remainers have made no secret of their willingness to use Britain’s unelected upper chamber to dampen or destroy the largest democratic mandate in British political history. The Liberal Democrats, the most vociferously pro-EU party, may have little public support (polling at around seven to eight per cent). But as Lib Dem leader Sir Vince Cable points out, they do ‘have clout in the Lords’. And despite his feigned opposition to the upper chamber, he is unashamed to use it. Similarly, Labour’s Lord Adonis, who has never faced the indignity of having to stand for election, continues to do the media rounds boasting of his intent to ‘sabotage’ Brexit by blocking the government’s EU Withdrawal Bill.

It is unsurprising that Remainers now look to the Lords to stop Brexit: the Lords, those elevated not through elections but by privilege and cronyism, share with the Remainer wing of the political elite a common aversion to popular democracy. The excuse given by those backing a Lords revolt on Brexit is that the Withdrawal Bill grants supposedly anti-democratic ‘Henry VIII powers’ to ministers to change laws which were originally made in Brussels. In other words, they think unelected Lords should halt the transfer of powers from the unelected EU to the elected UK government, powers it needs to enact the outcome of a popular vote, all in the name of democracy.

According to figures collated by ITV’s Peston On Sunday, over 600 peers backed Remain, and just 165 backed Leave. But this extraordinary chasm between the views of the voters and the views of these lords and ladies cannot be bridged by promoting a dozen pro-Brexit peers, as May seemingly intends to do. Instead, the Lords’ plans to overthrow Brexit should be averted by abolishing the House of Lords entirely. It would be a tragedy if Britain were to leave the anti-democratic EU behind, only to be lumbered with the equally anti-democratic Lords at home.

Indeed, despite the EU’s cosmopolitan image, and the House of Lords’ stuffier, more traditional feel, the two have a lot in common. Those who defend the Lords today talk up its members’ ‘expertise’ and ‘experience’. This exactly mirrors the arguments for the imposition of technocratic rule from the EU, in which laws are proposed by the unelected European Commission (EC). And when member states defy or disappoint Brussels, they face the wrath and meddling of technocrats in the EC, the European Central Bank and the International Monetary Fund.

Not content with seeking to stymie Brexit, this week a majority in the Lords voted to undermine press freedom, too. They defied the government and voted to institute Leveson part 2 — another showtrial of the ‘low-rent’ press — and to strengthen data-protection laws in such a way that media outlets would be forced to pay all the legal costs when they are sued over data, even if they win. This would chill the willingness of the press to go after certain stories, and is designed to do so. For the Lords to vote in favour of something that the Tories promised in their 2017 election manifesto that they wouldn’t do — a manifesto that won the Tories 13,669,883 votes — is a flagrant usurping of the democratic will by unelected ‘experts’. No wonder fans of the EU also like the Lords.

Both the EU and the Lords also act as semi-retirement homes for failed, has-been politicians. After losing two General Elections, former Labour leader Neil Kinnock was appointed to the EC in 1995. He resigned in 1999, with the rest of the commission, over a corruption scandal, before being swiftly reappointed and serving for a further five years. Upon leaving the EU, Kinnock, a long-time critic of the House of Lords, accepted a life peerage. Similarly, New Labour minister Peter Mandelson, who resigned from cabinet twice over corruption scandals, became an EU Commissioner in 2004, and returned to British politics via the Lords in 2008.

And it’s not just us Brits who send our yesterday’s men to convalesce in Brussels. Less than a year before becoming EC president, Jean-Claude Juncker resigned as Luxembourg’s PM over a spying scandal.

Thomas Paine once described the House of Lords as a ‘remnant of aristocratic tyranny’, and this still holds true, even if appointed cronies, rather than pure-bred aristocrats, now make up much of the red benches. While even the defenders of the Lords are themselves embarrassed by the remaining 92 hereditary peers, it still exists to impose the rule of the unelected few. Those who drift between the House of Lords and Brussels are people who believe they have a right to rule over us without the inconvenience of public accountability.

The Brexit vote was a historic, democratic revolt, a blow against both the Brussels and Westminster establishments. But hopefully it was just the beginning. The next battle for democracy should be against the Lords.